The Copenhagen International Documentary Film Festival--CPH:DOX-- has quietly been building a buzz for a few years. I was happy to get the opportunity to attend this year to experience what the fuss was all about first-hand. Sandwiched in the calendar between Sheffield and IDFA, this is one festival that doesn't have to worry about getting lost in the mix. CPH:DOX has an identity all its own, an "out of the box" vision so singular you wouldn't even think to compare it to anyone else. It's emerged, now in its sixth year, as a stop on the festival circuit very worthy of international attention. When Tine Fischer agreed to take on the position of director and help shape the festival into the gem it is now, she did so under one condition: that documentary gets defined as broadly as possible, and explored in every corner. Niklas Engstrem, who programs with Fischer and Mads Mikkelson, puts it this way: "We want to explore ‘the real' in all its forms and dimensions rather than an old genre convention called 'documentary'."

At the Edge of Russia, by Michal Marczak of Poland, provides a brilliant snapshot of modern Russia through the story of a young cadet learning the ropes at a desolate army outpost--an extremely desolate snow-plastered outpost in the middle of Arctic nowhere. There's poetry to the film, yet it's probing. Think Tarkovsky meets Herzog through the eyes of a young filmmaker. Watching At the Edge of Russia, you may wonder, Is this for real? The answer is perfect for CPH:DOX. Marczak says he set out to make his film as a pure observational documentary. He traveled for three months searching for the ideal military base to shoot. "During this time I went through cadet training, spent two days in a snow cave, meet a lot of soldiers and visited various outposts," he explains. He hired former soldiers to populate the outpost. He says there was no script, no set idea. "The protagonists were never tested on camera before the shoot. After one month, the base was fully operational and the life of the soldiers was set according to military standards, which the captain enforced very strongly." Filming began on the helicopter flying in the cadet, who did not know that he was flying into this "sort of staged situation." Shooting continued for two months. The film is "undoubtedly" a documentary, says Marczak. "The initial situation was helped, but everything that followed came from inside the people. I had no clue how the story would develop." Marczak believes he has staged much less than many documentaries "which are never questioned about being documentaries. On the other hand it's all about showing my subjective view of their reality, so maybe all this explanation is actually unnecessary!"

From Michal Marczak's At the Edge of Russia. Courtesy of CPH: DOX

Making its world premiere in Copenhagen, The Good Life--dubbed the Danish Grey Gardens--should have a great life on the international festival circuit. Eva Mulvad, whose previous work includes Enemies of Happiness, follows two larger-than-life characters-- a mother and daughter--accustomed to wealth as they adjust to life scraping by with change. "I always liked Thomas Mann, the Buddenbrooks," says Mulvad, "and I've always been fascinated by rise-and-fall stories. One day as I was driving my car, these two women came to me via a radio montage with their story of having it all and ending up with nothing. I was so drawn in that I had to stay in the car until the show was over. Their language--when you understand Danish--has a royal feel to it. I immediately started to think about how they looked, and if they would participate in a film." There are so many terrific things about The Good Life. In brief, there's the elegant story that emerges, in sharply edited scenes, from three years of patient shooting. Then there's the provocation of the daughter, Annemette, who says she'd rather die than work for a living. That's not something that exactly creates sympathy, and the challenge it offers viewers is brilliant. "It was important for me to not be provoked by a character who acts differently from myself," Mulvad adds, echoing the openness that invigorates The Good Life. "I think it's important to try to understand other people beyond what is right for you. Otherwise you are just looking to prove you are right. Life is not either/or, and if you to keep being open, you can learn. Tolerance is about that."

From Eva Muldad's The Good Life. Courtesy of CPH: DOX

Offering an unexpected spin on tolerance is Regretters by Swedish newcomer Marcus Lindeen. Mikael and Orlando, both in their 60s, and both transgendered, have come to the realization that their sex change was a mistake. In a studio setting (that is never boring), the two men share their experiences, with the help of archive footage and piercing honesty. Linden says he wanted to make a film about regrets and the quest for finding a "true" identity. "What do you do when you have dreamt of a new and better life, transformed yourself to become the character of your dreams, and when it's all too late to change back, you realize the big decision was wrong?" reflects Lindeen. "My ambition has been to treat the sex change operation more as a metaphor for all big life decisions and identity transformations."

I couldn't cover CPH:DOX without mentioning Michael Madsen's Into Eternity, a haunting, mesmerizing, exceptional work about the world's first permanent storage facility for radioactive nuclear waste, currently being built in Finland. Budding social-issue doc-makers would do well to study Madsen and other remarkable documentaries coming out of Denmark, where the focus is less on specific talking points and more on creating an intellectual and emotional experience for the viewer. Far too often, advocacy films forgo the cinematic experience, and it just doesn't have to be that way. Indeed, impact may be more lasting when the viewer is invited into a less prescribed relationship with the material. Madsen took home the inaugural Reel Talent Prize, awarded to an up-and-coming Danish director, for his narrative style and his "ability to transform a scientific and complex issue into a beautiful and wildly engaging movie."

From Michael Madsen's Into Eternity. Courtesy of CPH:DOX

The 11 days of CPH:DOX were packed with nearly 200 films, filmmaker panels and loads of enticing off-screen events and multimedia extravaganzas really worth checking out on the website. There was also DOX:FORUM, a financing and co-production market dedicated to "creative, free and auteur-driven" docs, co-moderated by Jess Search of Channel 4 BRITDOC and Ingrid Kopp of Shooting People. Also noteworthy was DOX:LAB, buoyed by Danish government financing, which, in short, pairs international filmmakers with Danish filmmakers, then gives the duo a production grant to make a film. Completed films screen at next year's festival.

I left Copenhagen inspired by the vision of CPH:DOX (and all the bicycles in the city, a subject for another article!). Here's a world-class film festival that redefines documentary in a way that evens the playing field: artsy experimental hybrids aren't ghettoized, big docs by masters like Frederick Wiseman and Errol Morris carry the same programming weight as small docs you might not see anywhere else, and even a so-called narrative can make a run in the main competition as long as it speaks truth. Case in point: Le Quattro Volte took home this year's top prize. Via satellite at the awards ceremony, filmmaker Michelangelo Frammartino admitted his surprise: "I didn't know my film was a documentary!"

Harriette Yahr is a writer and filmmaker. She also teaches and consults; her websites are www.yahrfilms.com, www.thefilmconsultant.com and www.thewritingconsultant.com. 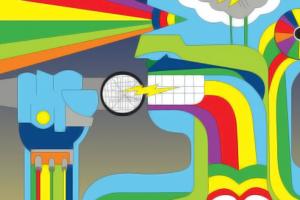 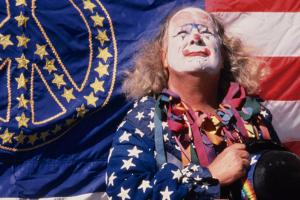 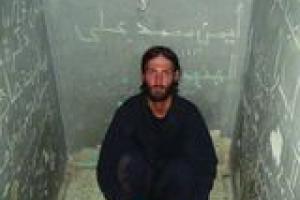 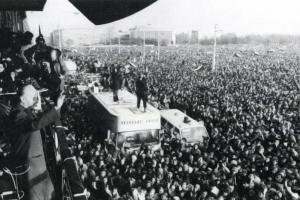 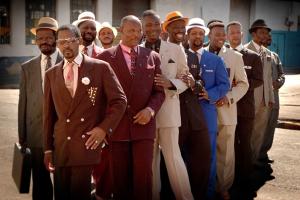