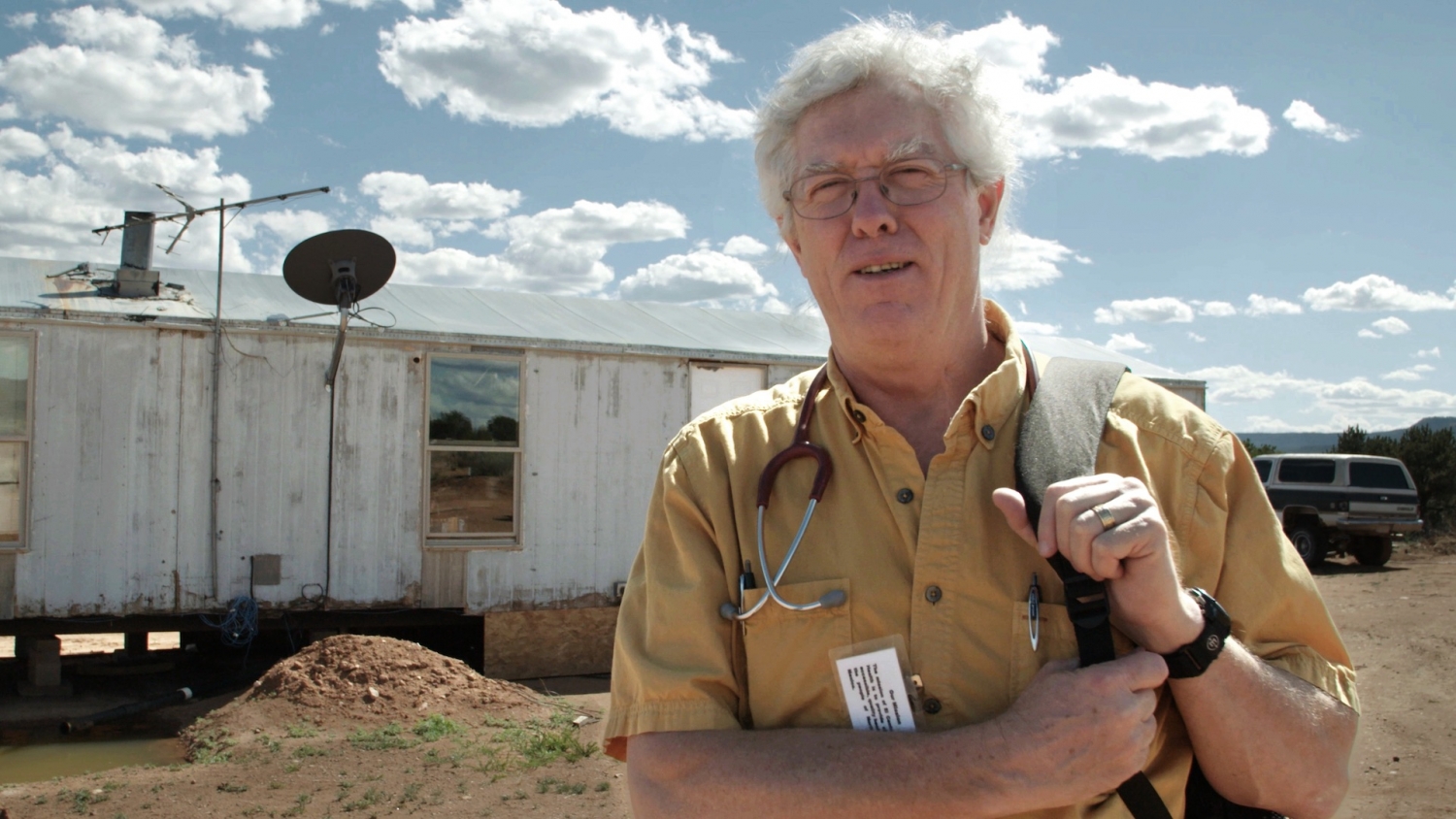 AFI Docs, held in Washington, DC in June, has come into its own as a smart, topical documentary festival for a place addicted to public issues, media manipulation and power. In Trump's town, the burning question this year was how documentaries raise critically important issues and address polarization.

Several of the docs that premiered at AFI Docs gave big issues a human face and voice, and some brought home terrifying realities about the Dickensian, even dystopian realities of daily life in today's America. The opening-night film, Julianne Dressner's Personal Statement (a world premiere), features a peer-mentoring program in New York that trains high schoolers to coach others on how to manage the punishing college application process. Peer training is so important because high schools in poorer areas have almost no counselling time available for this work—which can make all the difference in opening doors to opportunity. The highschoolers are charismatic and charming, and the program works. The smart storytelling makes you a cheerleader for them all. Dressner was thrilled to have been part of the AFI Docs Impact Lab, led by the Raben Group; her film has already been screened for a major committee staffer on Capitol Hill. "We hope the film will build support for the reforms that are needed to enable all young people to fulfil their potential," she said in an interview for the AFI Docs' blog.

But at the opening reception for Personal Statement, filmmakers Michael Sparaga and Joel Roff, director and producer of the delightful United We Fan, looked shell-shocked. "I think we forget in Canada how good we have it," Sparaga admitted. "It was so sad to see the conditions those kids have." Their own film charts decades of organizing in the US around saving cancelled TV shows. The stars of their story are women who grew into organizing out of ordinary middle-class lives; some of them became powerhouse forces in Hollywood production decisions. "I guess it's a luxury of a kind that in Canada we can make more upbeat films," Roff noted.

Other films also profiled crisis in America's many heartlands. The Providers (another premiere and, like Personal Statement, destined for public TV) features several quietly heroic medical professionals who serve a part of the American Southwest almost entirely bereft of medical services. Their patients are poor and struggling—with poverty, with addiction or alcoholism, with old age, chronic illness, parenting. The providers bring enormous patience and skill to the job, which is jeopardized by cutbacks in funding for an outreach program. (The film debuted the same week that we found out 60 percent of American children in the last year have been on federal government medical insurance programs, a profound indicator of poverty and family insecurity.) Filmmakers Laura Green and Anna Moot-Levin were happy the film was showing in Washington, DC: "Our film offers something rare in policy discussions—intimate, compelling access to the lives of both healthcare providers and patients that shows how rural people are affected by national healthcare policy."

Christoph Green and Brendan Canty's The Liberation, an East Coast premiere, takes us inside the training program that DC Central Kitchen offers to jobless adults, often ex-cons. The program tracks several trainees as they face the many challenges between them and employment. It's not all uplift, but you want them all to succeed. And the energy and care of the trainers is admirable. Mark Jonathan Harris' Foster (a world premiere) profiles the challenges inside the largest county child protection agency in the country, with consummate professionalism and remarkable intimacy. Marilyn Ness' Charm City tracks Baltimore community organizers, a dedicated police officer, and a progressive city councilman, all in pursuit of ordinary justice and ordinary peace. Their aspirations are so reasonable, their battles all waged uphill. The film manages an honest intimacy that immerses us in the action. Ness was also a happy participant in the Impact Lab, and noted that Charm City is now being used in Baltimore police training. 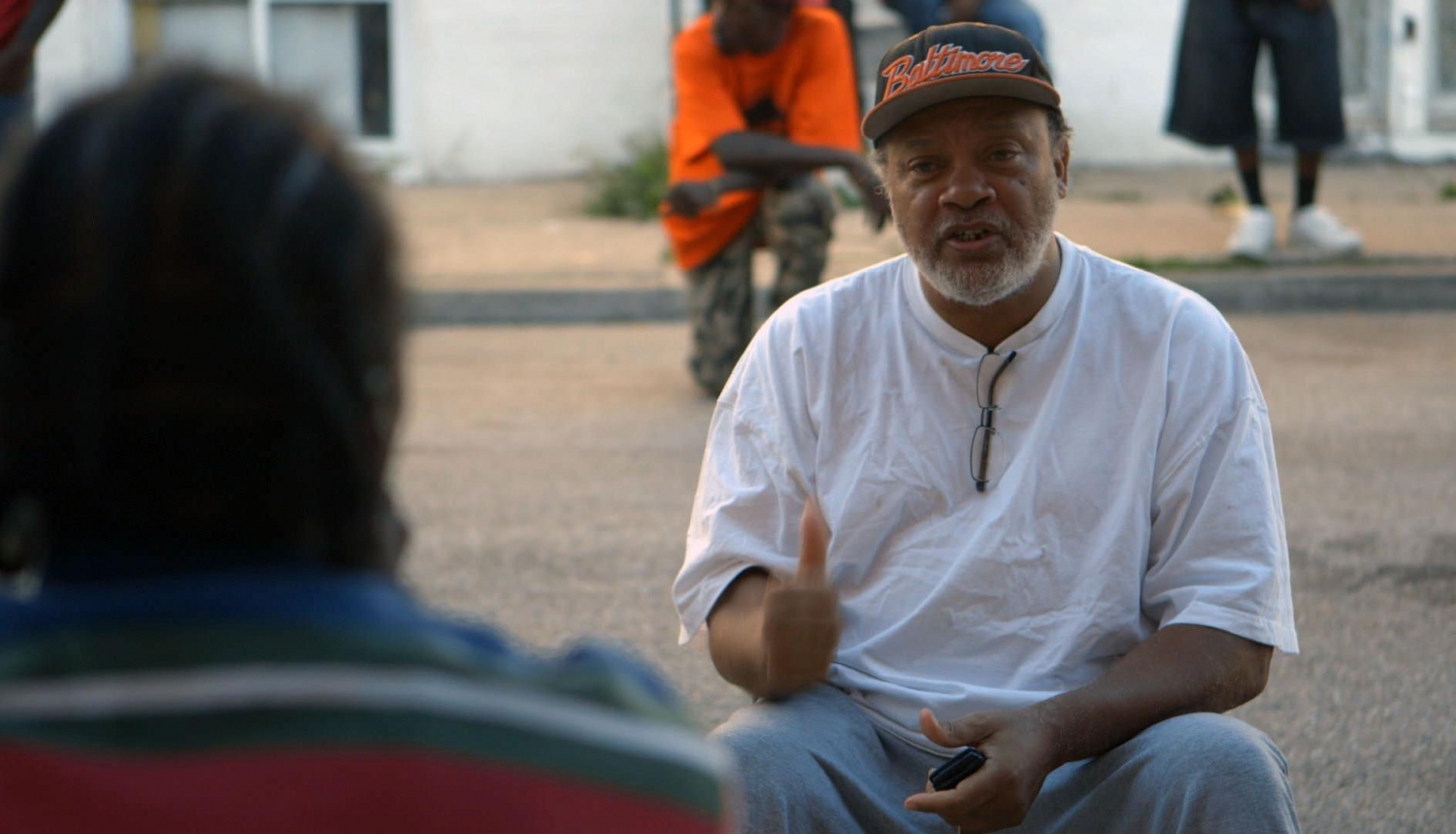 I didn't have the courage to track down the aforementioned Canadian filmmakers to find out what they thought of these other documentaries, which also showcase an abundance of human creativity and competence, directed largely to putting patches on the consequences of enormous poverty and suffering in the midst of plenty. But it was easy to see the way in which documentaries were getting under the skin of audiences that are becoming glumly accustomed to grand and petty cruelties from their leadership. Patrick Creadon's Hesburgh, a world premiere, brought back to public memory the noted 20th century public figure Rev. Theodore Hesburgh. The president of University of Notre Dame was also a force for social justice, civil rights, equal rights for women, and immigration reform. Creadon met a woman brought to tears by the biographical film. "It was…his kindness," she said. "We need it so badly."

A theme of panels and films alike was reaching across opinion divides. Among the exemplary films for this challenge was Kimberly Reed's Dark Money, which launched at Sundance. Focusing on Montana, the film describes a consequence of campaign finance rules and the Citizens United decision: The control of state legislatures by unaccountable deep-pocketed interests for whom democracy is an inconvenience. "I spent years sitting with people with whom I had nothing in common, except one thing: campaign finance," Reed asserted. "I learned how to tell a story that doesn't fall into neat left-right boxes, for people across the political spectrum." She stressed the importance of good journalistic practice, "because with great power comes great responsibility." After a theatrical release in July through PBS' distribution arm, Dark Money will show on PBS' POV, just before the midterm elections.

Steve James, the 2018 Charles Guggenheim Symposium honoree, screened the opening episode of his series America to Me. He spoke about making a deep connection with the people he makes films about, in order to immerse the audience as well in experiences too little told or understood, and which go far beyond headlines.

Chris Martin's Under the Wire grippingly brings home the real work of accountable journalism, in profiling the last days of award-winning journalist Marie Colvin. The Sunday Times war correspondent's reporting was at heart an act of witness for innocents and civilians. The film interweaves jerky, murky footage from the trip (including a journey through a stifling tunnel) with interviews and news footage, editing them to give the sensation of living through the experience with the journalists. Sound and sound effects combine to heighten the tension and foreboding. Colvin's photographer, Paul Conroy, as well as other colleagues, recall the decision to go to besieged Homs and then re-enter the city and stay. One of the journalists at the siege also died, and two, including Paul, were injured in the attack that killed Colvin. The story gets inside the motivations and passions of the journalists. The portrait of Colvin that emerges is of a prickly, egotistical, competitive and utterly dedicated journalist, who saw her profession as a weapon against injustice and for human rights.

International films brought large-scale public issues into focus in a town that can often be narrowly parochial in its political focus. Almudena Carracedo and Robert Bahar's exceptionally moving The Silence of Others chronicles the decades-long struggle to bring into public view the crimes of the Franco regime in Spain. After leading the military takeover of a left-leaning Republican government in the Spanish Civil War, Franco went on to brutally suppress dissent throughout his 36 years of rule. Even today, many citizens and officials agree that silence about the past is the solution. Victims and their relatives disagree. In a style evocative of the best of Patrício Guzmán, survivors and relatives testify, remember, and work with a cheerfully stubborn human rights lawyer to demand justice for perpetrators. When Spain shuts down their legal arguments, Argentina picks up the case. The victory is all in the act of remembering—of breaking the silence of others. Like the victims' work, this film is a milestone in recovery of a past that is not over—and, to invoke Faulkner, not even past. 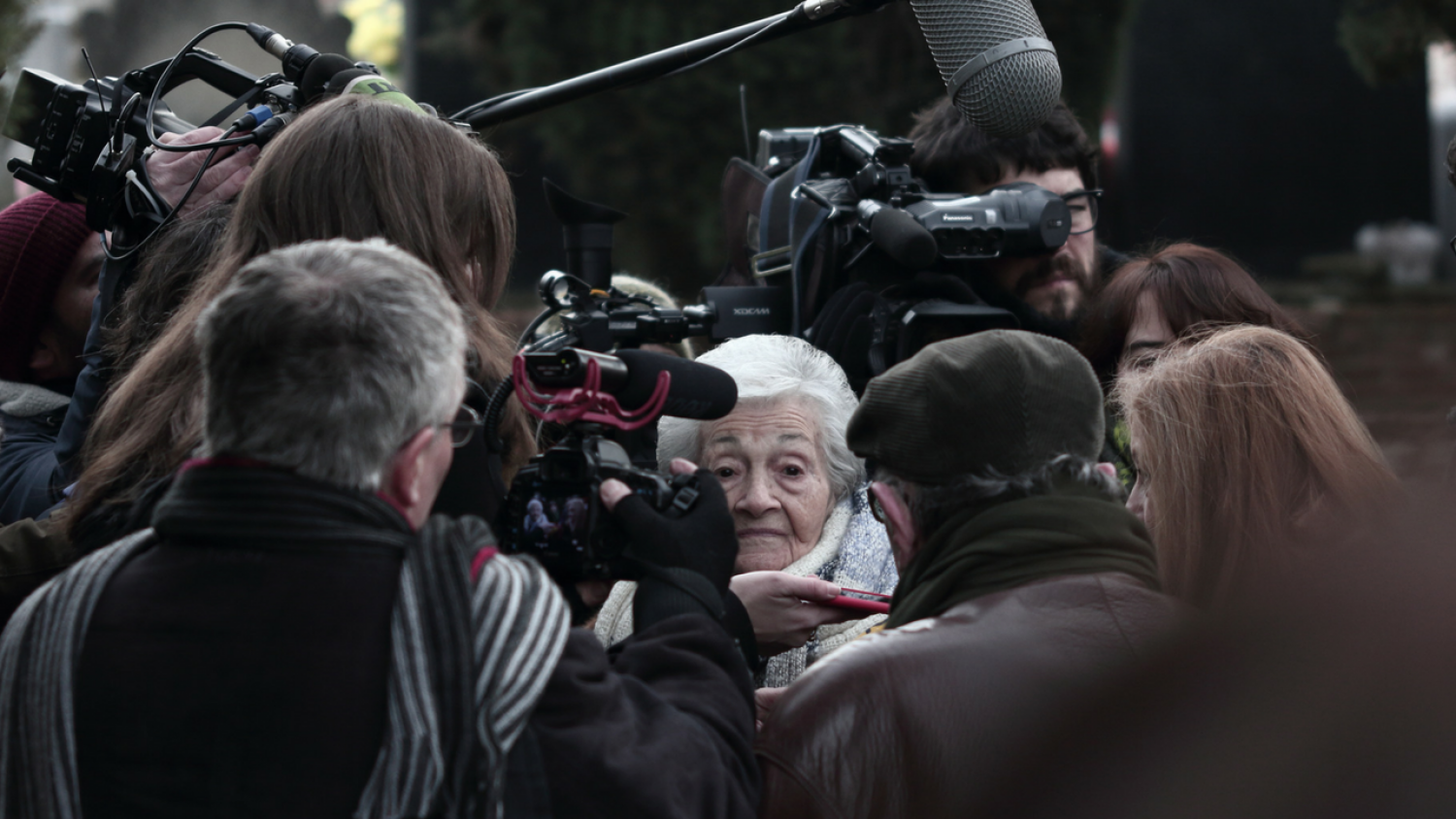 Perhaps the most astounding technical feat of documentary filmmaking was The Cold Blue, for which Erik Nelson restored and re-used footage in the National Archives from the making of Memphis Belle, William Wyler's 1944 film about the B-17 bombing raids. The restored footage makes the era jump off the screen. Gum-chewing Rosie the Riveters, and teen boys trying to fill out a uniform, and sleepy GIs in mess halls at 5:00 a.m. all look like you could stroll up and have a conversation. A breathtaking soundtrack re-creates sound effects with a dedication to authenticity (the original footage is silent). "Yes, it's a time machine," said Nelson. "The footage makes a bridge to the past."

Actually, Nelson constructed that bridge with compelling storytelling. Memphis Belle told the story of a bombing mission, in a style appropriate to the era and the task. The Cold Blue uses footage, including many scenes that never made the first film, to vivify the memories of the last remaining service members who flew the bombing raids. The handful of aged veterans can still bring up minute-by-minute memories of the most dangerous, most memorable moments of their lives. The film escorts viewers through the daily ritual, from breakfast through, if lucky, the return. It doesn't shy away from the ugly implications of their work, but for the men, as one said, "I was too scared to worry about all of that." It's not a film about World War II, Nelson insisted; it's a film about guys who survived what 28,000 other GIs did not, guys whose plane beat the odds to make it back. It will be interesting to see where the film lands; Vulcan Productions, whose CEO, Paul Allen, has a fascination for this subject, backed it, but AFI Docs was its first chance to attract distributors.

The VR mini-fest also reflected the context. It too featured big issues brought to life with storytelling and the immediacy of experience. "We wanted viewers to be able to be there in a particular situation that is affected by climate change—a dust storm in Somalia, a wildfire in Los Angeles—and make the link between the abstract issue and the consequences,” said Elise Pearlstein, Participant Productions VP and executive producer of its VR series This Is Climate Change. The series is available free on the Within platform.

Jesse Ayala, whose Fovrth Productions partnered with nonprofits for the Authentically Us series on transgender realities, found that his clients had a simple mission: "They wanted people to see transgender people as people." He thought the mission matched VR for several reasons. "We have people's attention for minutes at a time; for a Facebook video you might be able to expect six seconds," he noted. "You have a high quality of attention and commitment. And it's an intense experience."

The biggest questions about VR—its significance, its impact and the ethics of managing its effects—are still evolving, according to Columbia professor Courtney Cogburn. Her work, 1000 Cut Journey, gives viewers an experience of daily racism. "We are still in the first stages of exploring this medium," she maintained.

END_OF_DOCUMENT_TOKEN_TO_BE_REPLACED

First, Do No Harm: 'Escape Fire' Tackles the Healthcare Crisis

Show Me the Money! 'I.O.U.S.A.' Reveals another Inconvenient Truth