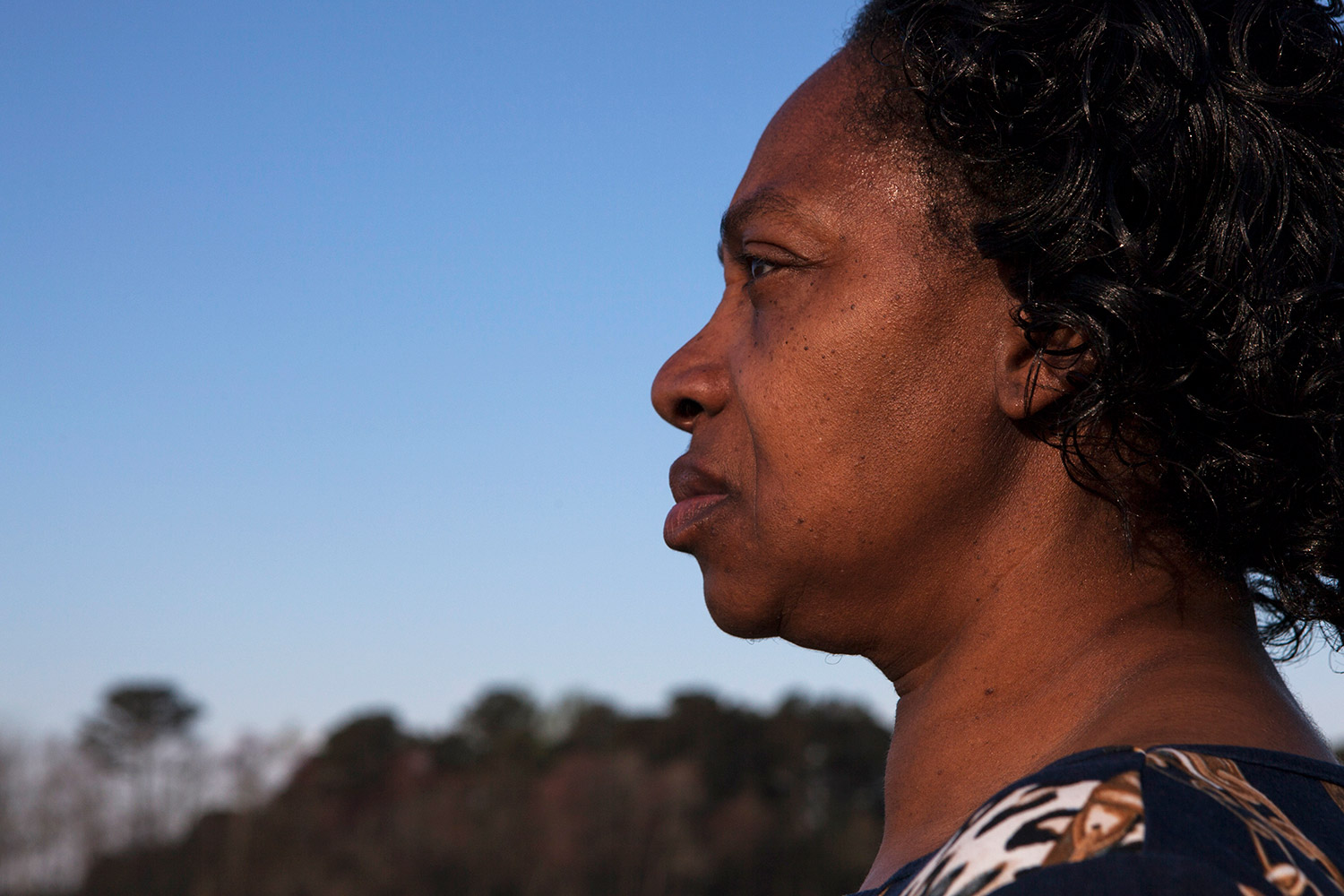 AFI DOCS is a festival well attuned to its environment in Washington, DC, despite its Los Angeles base.

The festival features recent (not necessarily premiere), topical work within the broad mainstream of documentary filmmaking. Offerings new to DC but known to the festival circuit ranged from David Charles Rodrigues’ Gay Chorus Deep South, about Oakland and San Francisco choral groups visiting churches in the traditionally anti-gay region, to the nostalgic Linda Ronstadt: The Sound of My Voice, by Rob Epstein and Jeffrey Friedman, to Jennifer McShane’s community-policing good-news film, Ernie & Joe.

Attendance was good, even for day screenings during the week. DC is, after all, full of people with deep specialized knowledge, practical experience of addressing social issues, a practiced habit of learning, and both time and money for an outing. A place sometimes called (but not by me) “Hollywood for ugly people,” DC also welcomes the touch of glam that comes with a film gala.

Opening night set the stage, with an HBO film, True Justice: Bryan Stevenson’s Fight for Equality, by Peter, George and Teddy Kunhardt. Stevenson’s best-selling book Just Mercy chronicled his uphill fight against systemic racialized injustice in the criminal courts. In True Justice, an extended interview with Stevenson, along with his speeches at events, forms the backbone of the film. His stories of justice routinely sabotaged by racism are bone-chilling, and he easily connects them to America’s denial of the long legacy of slavery. Supporting his arguments is interview material with one of the innocent men he finally got off death row. It took Stevenson working on the case for 14 of the 30 years Anthony Ray Hinton spent in a five-foot-by-eight-foot solitary cell. Hinton, in his mild-mannered and thoughtful style, strives for forgiveness, to avoid poisoning his own future; Stevenson wishes that society, and the Supreme Court, would ask forgiveness for past injustice, and address reparations, in order to avoid injustice poisoning us all. His memorial to those who were lynched, National Memorial for Peace and Justice, which we see in the film, is a step toward making the past part of our present. Familiar montages of historical imagery, including from lynchings and the civil rights movement, accompany and illustrate the points he makes.

Stevenson’s powerful personality—charming, modest, persuasive and intensely committed—carries the film. His underlying theme is simply that we must come to terms with the legacy of slavery, to be able to live both with ourselves and others—and make justice possible.

An unforgettable companion piece at the festival was Jacqueline Olive’s Always in Season, a more aesthetically interesting work, and equally thought-provoking. The film follows the struggle of one family to investigate the murder of their 17-year-old relative. Police summarily called the hanging a suicide, but even the mortician found plenty of evidence contradicting that judgment. Indeed, Lennon Lacy’s murder may hang on one of the oldest tropes in lynching—interracial love. But police in the small Southern town, where no one even needs the Klan to justify white supremacy, haven’t taken on the challenge. Olive interweaves the long, ugly and all-too-hidden history of lynching with this one family’s story, and convincingly shows that lynching is a current reality. The film draws on deep research, evident among other places in archival montages, and features a complex soundtrack that is appropriately haunting. Editing brings the horror and outrage of the present to the past and locates the present in a dark context.

You cannot see lynching as a historical or regional anomaly after watching these films. It’s as American as picnics, which sometimes have been held at lynchings. Always in Season will show on Independent Lens in January.

The festival also brought in some international work that I was deeply grateful for. In My Blood It Runs, by Australian Maya Newell, follows the family of an Aboriginal boy over several years. Ten-year-old Dujuan has inherited healing gifts, his relatives say, and he has obligations to study and use them. While he masters this training easily, he struggles with school, where the teachers don’t demonstrate the dimmest understanding of his culture. He’s at a precarious age, just old enough to be taken from his family by child welfare services, and thus to be condemned to the fate of generations of aboriginals—to spend his life alienated from his language and culture.

But even though his family lectures him on the dangers, Dujuan acts out his frustration and anger. After getting expelled, he moves north to live in his dad’s Aboriginal community. He begins to flourish in school, and continues to learn his own culture’s language and skills. He learns to protest the long and continuing practice of culturally disenfranchising Aboriginals: “Kids in country, not in custody,” he chants. His goal, he says, is now to support Aboriginal land and cultural rights.

Newell lives in Alice Springs, which has the highest population of Aboriginals of any Australian city. She has worked with local communities for years, including in programs to record oral histories and train new Aboriginal storytellers. This work shows off her long investment in the relationships she has built. With access built from trust, her film is intimate, insightful and loving without being sentimental.

Luke Lorentzen’s Midnight Family follows members of a family business—running private ambulance services in Mexico City. If you need an ambulance in Mexico City, you can’t depend on government services. And if you call for a private ambulance, it’s possible several will respond, each trying to outrace each other to get your business. And then the victor might discover that you don’t have the money to pay. The nightly grind of reverse ambulance-chasing is part dark comedy and part tragedy. This is what shrinking government services looks like.

Rosine Mfetgo Mbakam’s Chez Jolie Coiffure is a priceless, immigrant’s-eye view of daily life in Europe. A Cameroonian in Belgium, she follows a hair stylist, Sabine, who has an outsized personality—alternately bored, bossy and defiant as she styles, offers personal advice and bails out friends. Her little shop is in a corridor of a mall in an African neighborhood of Brussels. Shockingly, white tourists regularly parade in large groups through the corridor to peer through the stores’ glass fronts. “This isn’t the zoo!” Sabine sometimes yells at them. Slow paced, the film is also an addictive experience. Icarus Films distributes it.

Border South, made by Mexican immigrant Raúl Pastrana, is another salutary piece of storytelling from immigrants’ perspectives. Pastrana follows travelers on the long route through Mexico from Central America. The dangers and threats they face are daunting, but equally evident is the range of personalities, the ingenuity and the creativity they bring. The film focuses on one particularly engaging—and often funny—young man who, after narrowly avoiding murder by railway police, wins a humanitarian visa in Mexico. Determined to get to the US, he faces overwhelming realities. Pastrana’s stories from the road are good reminders of the talent and skill it takes to be such a migrant. “I decided to keep the focus on them during the journey itself, to show how smart they are and have to be, to manage it,” Pastrana said at the festival.

Pastrana also follows University of Michigan anthropologist Jason de León, who researches deaths in the unforgiving Southwest desert. De León’s sobering speech to men at a migrant camp is a cold dose of realism. He tells them how hard an illegal journey across the border will be, and that many of them will die. Then he pleads with them that if their companions die, to remember their names and tell an official. Pastrana spends too much of his time trying to find out, for endlessly hopeful families, if their loved ones’ remains are in the desert.

Border South’s many small, revealing moments evidence the power of documentary, to tell us what is left out of even excellent researched reporting on this urgently topical issue.

The Corporation for Public Broadcasting was, as usual, a presence at AFI Docs—not surprising given the strength of documentary in public broadcasting programming. Public TV films that showed at AFI Docs included several ITVS-funded films (A Woman’s Work; Made in Boise; Always in Season, all of which will be on public TV) and  Timothy Greenfield-Sanders’ Toni Morrison: Pieces I Am (American Masters, after a Magnolia Pictures theatrical release).

As well, the festival celebrated the legacy of public TV in pioneering documentary form, with three public TV classics: Alan and Susan Raymond’s An American Family (observational mini-series), Fred Wiseman’s Law and Order (cinéma vérité  in a general sense), and Marlon Riggs’ Tongues Untied (personal memoir). On a panel, Justine Nagan, who leads the documentary strand POV, noted that through PBS, POV is able not only to bring filmmakers’ perspectives to Americans everywhere, but also to inspire new artists.

AFI DOCS is also becoming a place where documentary filmmakers can both find community and build community. This year, with major support provided by the Corporation for Public Broadcasting, the festival’s Forum held “Localism Works: Convening of Local Filmmaking Communities,” a day-long convening of filmmakers from across the nation, to encourage more community at regional levels. Two concepts surfaced quickly: The need for more connection (“all the pieces are there…but they need to be connected”) and the need for better awareness of the policies that affect filmmakers. These range from available local and state-level grants to tax rebates and apprenticeship programs. The Sundance Institute and the National Endowment for the Arts (NEA) also partnered on the event.

Some of the outcomes were immediate. Iowa filmmakers planned to build local communications networks to stay in touch with each other. Milwaukee-area filmmakers were inspired to apply for an NEA grant. Baltimore and Washington, DC filmmakers agreed to use the local Women in Film and Video listserv to promote more resource-sharing about available grants.

In a panel led by filmmaker Lance Kramer, also partnered by the Sundance Institute and the NEA, producers updated participants on the two-year-old Documentary Producers Alliance (DPA). Producers have long complained about lack of consistency in crediting, and lack of standards in defining a producer. The DPA has now developed crediting guidelines, and the new organization now faces the challenge of publicizing and adoption.

The festival also offered skills workshops. Before the festival, The Raben Group partnered with AFI DOCS, as it has before, to offer a two-day training program in designing films for social impact and political change. During the Forum itself, IDA’s Dana Merwin hosted sessions on grant-writing and legal issues, and ITVS’ Michael Ehrenzweig hosted one on budgets. Other sessions explored issues from representation to impact to safety and security.

Finally, I had the privilege of leading the closing session, on documentary ethics. Five filmmakers presented the audience with ethical challenges they had faced, and asked audience members to vote on what they would have done. Only then did the filmmakers reveal what they in fact did do. Challenges included: Do I lie about my beliefs, or even the nature of my project, to get buy-in from a subject? Do I alter audio to clarify what was said, and if so, what’s too much tinkering? When my subject tells me they are doing something illegal, should I report it?

The session, like others I have led, revealed a hunger for more substantial discussions about ethical standards in a fast-paced and quickly-changing field. Filmmakers continue to be skittish about the notion of establishing best practices or ethical expectations. But as filmmaker Jason Osder noted from the audience, “We’re now at a point where anyone can, technically, manipulate the sound and image to make anyone say anything. Where’s the line?” In an age of deepfakes, how do documentarians lay a claim to authenticity, truth-telling or integrity, without standards? The session ended, unsurprisingly, without resolution to that question.