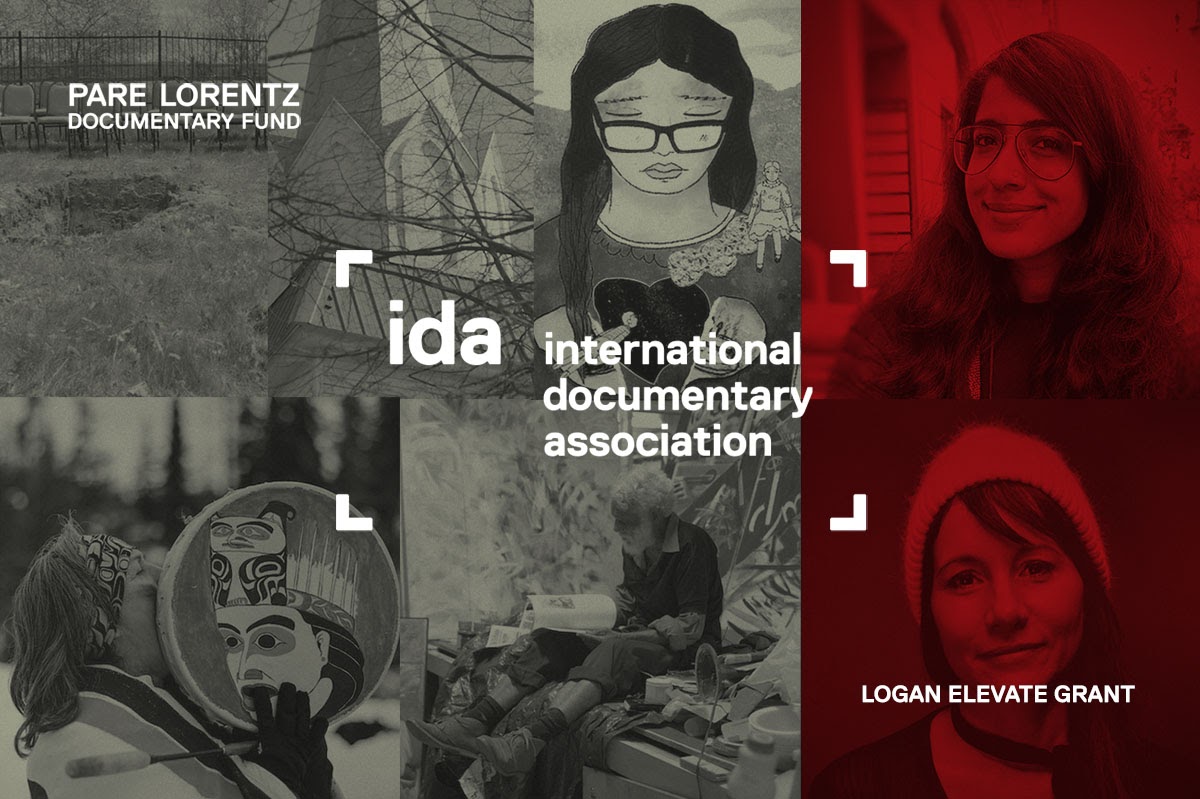 Los Angeles, CA (November 3, 2021) – The International Documentary Association (IDA) has announced grants, totaling $105,000, to five films through its Pare Lorentz Documentary Fund on the theme, “Challenging White Supremacy.” IDA also revealed the 2021 recipients of the Logan Elevate Grants to filmmakers Ilse Fernandez and Rintu Thomas, with a grant of $25,000 each. Since 2011, IDA has provided over $5.9 million in grants through its documentary funds.

Five documentary projects will each receive grants of at least $20,000 through IDA’s Pare Lorentz Documentary Fund. The Fund, established in 2011 with support from The New York Community Trust, honors the legacy of legendary American documentary filmmaker Pare Lorentz. Each year the fund focuses on important social issues, which was a hallmark of Pare Lorentz's films.

“We are grateful to IDA and this year’s Pare Lorentz Documentary Fund awardees for helping us make sense of an issue that continues to need our attention and thoughtful response,” said Salem Tsegaye, program officer for arts and culture at The New York Community Trust. “In the spirit of Lorentz’s work, we are hopeful that these films can influence much needed change across our institutions and society.”

Support for diverse makers is at the heart of IDA’s grantmaking programs. In this round of Pare Lorentz grants, one project is directed and/or produced by a non-binary filmmaker and four are directed and/or produced by a woman. Four have a BIPOC director and/or producer. In addition, four directors and/or producers identify as LGBTQ+. The application reviewers for this year’s Fund are Brenda Avila-Hanna, Nesa Azimi, Katja Esson, Nailah Jefferson, Naomi Middleton, Kristina Motwani, Jacqueline Olive, Hillary Pierce, Brette Ragland, Marjan Safinia, David Felix Sutcliffe and Lisa Valencia-Svensson.

“These five documentary films offer crucial perspectives about what it means to challenge white supremacy and the many ways in which systemic racism affects our lives. We are honored to support these films and filmmakers,” said Poh Si Teng, director of IDA Funds and the Enterprise Program.

In addition, Ilse Fernandez and Rintu Thomas were named as recipients of the 2021 Logan Elevate Grants. The Elevate Grants are an initiative of the IDA Enterprise Documentary Fund supported by the Jonathan Logan Family Foundation. The $25,000 grants are awarded to emerging women filmmakers of color whose feature-length projects integrate journalistic practice into the filmmaking process.

"The Jonathan Logan Family Foundation is proud to continue our long partnership with IDA to support and nurture women and people of color who are telling urgent social justice stories with the depth and rigor of independent investigative journalism. Like IDA, we recognize that women of color are among the least resourced filmmakers in the field, and as we emerge from a global pandemic and a new period of racial reckoning, the need for and relevance of the stories they produce is greater than ever," said Jonathan Logan, founder and CEO of the Jonathan Logan Family Foundation.

Ilse Fernandez is a Colombian-born US documentary filmmaker. An Emmy nominated producer, Exodus Stories is Fernandez’s feature debut as a director. The film follows the high-stakes journeys of three immigrants fleeing violence.

Based in New Delhi, India, Rintu Thomas debuted her feature documentary, Writing With Fire, at the 2021 Sundance Film Festival. It won the Audience Award and Special Jury Award: Impact for Change and was recently shortlisted for the 2021 IDA Documentary Awards. Thomas’ films have focused on women's rights and the resilience of local communities towards climate change.