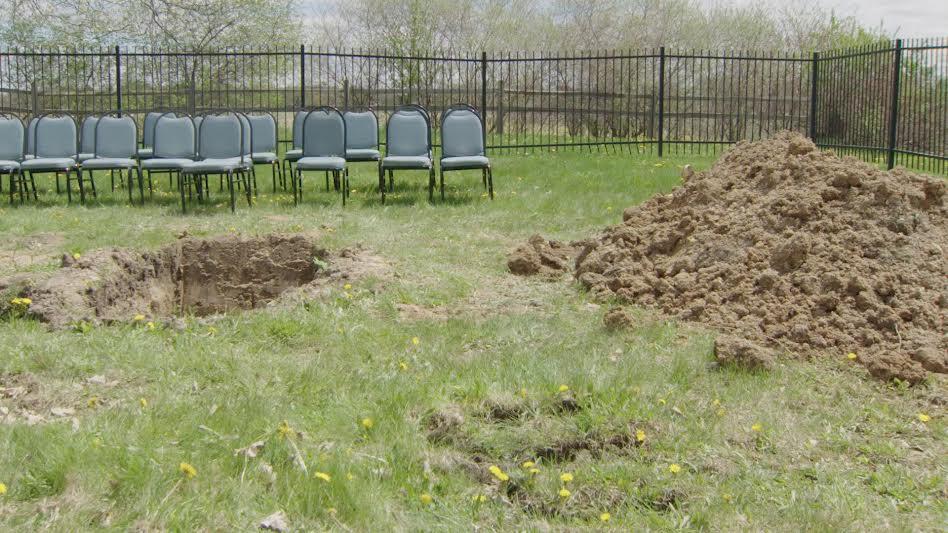 In the sterile storage of museums and archives our ancestor’s remains struggle to find their way home. The film follows eleven indigenous repatriation specialists that make up MACPRA (Michigan Anishinaabek Cultural Preservation & Repatriation Alliance) fighting to rebury and return ancestors from settler-colonial libraries, archives, and museums. Through an essayistic approach the film lays bare the history of indigenous collections, the laws passed to ensure return of human remains and funerary objects, and vérité portraits of the righteous and courageous individuals doing the hard and emotionally draining work of bringing our ancestors back home.

Adam Khalil (b. 1988, United Snakes) is a filmmaker and artist from the Ojibway tribe who lives and works in Brooklyn. His practice attempts to subvert traditional forms of imagemaking through humor, relation, and transgression. Khalil's work has been exhibited at the Museum of Modern Art, Sundance Film Festival, Walker Arts Center, Lincoln Center, Tate Modern, and Whitney Museum of American Art, among other institutions. Khalil is the recipient of various fellowships and grants, including but not limited to: the Herb Alpert Award, Jerome Artist Fellowship, Creative Capital, Sundance Art of Nonfiction and Gates Millenium Scholarship. Khalil is a co-founder of Cousin Collective and core contributor to New Red Order.

Zack Khalil (b. 1991, United States) is a filmmaker and artist from the Ojibway tribe who lives and works in Brooklyn. His work centers indigenous narratives in the present—and looks towards the future—through the use of innovative nonfiction forms. His work has been exhibited at The Museum of Modern Art, Whitney Museum of American Art, Walker Arts Center, and the Sundance Film Festival among other institutions. Khalil is the recipient of various fellowships and grants, including but not limited to: Sundance Art of Nonfiction, Sundance Institute Indigenous Film Opportunity Fellowship, UnionDocs Collaborative Fellowship, and Gates Millennium Scholarship. Khalil received his BA from Bard College. 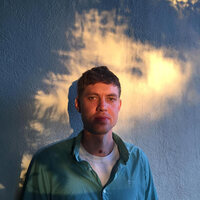 Steve Holmgren is an Entertainment Attorney & Film Producer from the Midwest. Holmgren specializes in independent film & television legal through his boutique firm FILM ARTS LEGAL. As a Producer, he has worked with numerous filmmakers including Sky Hopinka (małni—towards the ocean, towards the shore), Adam and Zack Khalil (INAATE/SE/), Matthew Porterfield (Putty Hill; I Used to be Darker), Marie Losier (The Ballad of Genesis and Lady Jaye), Cory McAbee (Crazy & Thief), and John Gianvito (Far From Afghanistan ft. filmmakers Travis Wilkerson, Soon-Mi Yoo, Minda Martin and Jon Jost). He has also recently been part of the producing team for EMPTY METAL (Adam Khalil and Bayley Sweitzer), WHIRLYBIRD (Matt Yoka), 499 (Rodrigo Reyes), as well as Anthony Banua-Simon’s Cane Fire. He was at UnionDocs from 2009-2014. Holmgren has served on juries at film festivals such as CPH: Pix, Oberhausen, Black Maria, and the Riviera Maya Coproduction Lab. He has collaborated with film arts organizations in granting and professional development initiatives such as IFP NY, SFFilm, the Brooklyn Arts Council and Creative Capital. Holmgren previously worked in film production with Mark Cuban and Todd Wagner’s HDNet Films, film sales with Cactus 3, and in institutional distribution with Gartenberg Media Enterprises. In addition to this, Holmgren has worked with film festivals including Tribeca, Sound Unseen and the Robert Flaherty Film Seminar. He has presented at workshops with organizations including the New York Film/Video Council and Visible Evidence, and with film festival panels such as Sundance, the International Film Festival Rotterdam and the Berlinale. He is an alum of the Cannes Producers Network program and has taught at Pratt Institute’s Film/Video Dept. He also likes to travel and collects shoes. 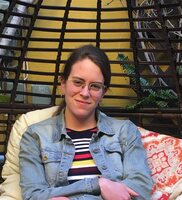 Francesca Alfano is a producer and researcher based in Los Angeles. Her focus is rooted in independent documentaries and film, and she is also active in music video production. She currently collaborates on film producing with Steady Orbits' Steve Holmgren. In 2014, Alfano conducted research for the Walker Art Center’s Moving Images Department. Originally from Minneapolis, MN, she graduated from Beloit College. 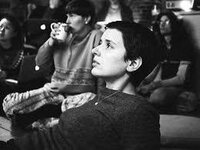 Grace Remington is a producer and director who has worked in documentary film and television in the United States, Mexico, and Peru. Her work has screened at the Sundance Film Festival, Tribeca Film Festival, HotDocs, BAMcinemaFEST, and Camden International Film Festival, among others, and has broadcast on Netflix, National Geographic, the Discovery Channel, Quibi (RIP), and POV. 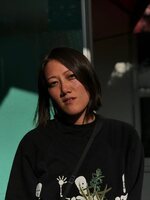 Tiffany Sia (b. 1988, Hong Kong) is an artist, filmmaker, and writer. She is the author of 咸 濕 Salty Wet, a chapbook published by Inpatient Press in 2019, and the artist book sequel, Too Salty Too Wet 更咸更濕, published through Speculative Place Press in 2021. Sia is the director of the experimental short Never Rest/Unrest, which screened at Berwick Film & Media Arts Festival in a retrospective on her work, MoMA Documentary Fortnight in a special program, Crisis News is a Genre Film, and at Prismatic Ground (presented by Maysles Documentary Center and Screen Slate) and San Diego Asian Film Festival. Her latest short Do Not Circulate world premiered at the New York Film Festival and screened at Double Exposure Film Festival. Sia has exhibited at Artists Space (New York), the Douglas Hyde Gallery (Dublin, Ireland), Manchester International Festival (Manchester, UK), Chen’s (New York), Blindspot Gallery (Hong Kong), and elsewhere. She is the founder of Speculative Place, an experimental project space established on Lamma Island in Hong Kong, hosting residents in film, art, and writing. Invested in challenging the politics of placehood and the boundaries of print/media distribution, Sia has a joint degree in Film Studies and Asian Studies from Bard College and has been the recipient of a Fulbright- Hays scholarship.