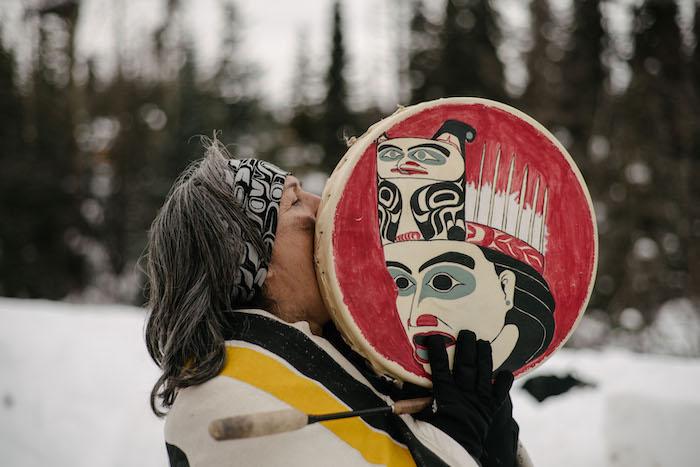 Freda Huson, a Wet’suwet’en leader, faces down fossil fuel corporations, the government, and police wielding assault rifles as she galvanizes her nation in a high-stakes struggle to protect their territory from gas and oil pipelines. 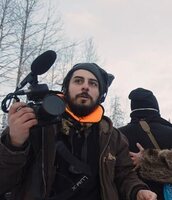 Michael Toledano is a filmmaker and journalist based in British Columbia Canada, effectively living at the Unist’ot’en Camp for the past two years. Michael has a strong background in photojournalism and documentary filmmaking, and has co-produced several documentaries with VICE Canada on Indigenous communities on the frontlines of Canada’s environmental conflicts. His work has been published by Al Jazeera America, Democracy Now!, CBC Fifth Estate, and shown across every major Canadian television news network. He is known for vibrant, ground-level documentation of social movements ranging from Black Lives Matter Toronto to No One is Illegal. 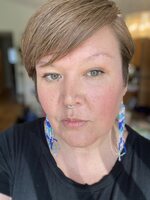 Jen is Wet’suwet’en, and belongs to the Cas Yikh (Grizzly House) of the Gidimt’en clan. Jennifer grew up in and around Wet’suwet’en territory, and has actively participated in the Wet’suwet’en Nation’s governance system since 2006. Her background is in writing and Indigenous resurgence, with a Bachelor of Arts degree from the University of Victoria. She has worked as an educator, a mental health advocate, and community support worker. She is a founding member of the Indigenous Life School on Wet’suwet’en territory. From 2018 to 2020, Jen worked as the Executive Director of the Witsuwit’en Language and Culture Society. During this time, Jen managed media relations and communications for the Gidimt’en Camp.

Brenda Mitchell is Chief K-eltiy of the Unist'ot'en people of the Wet'suwet'en Nation. She has lived in the Wet'suwet'en communities of Witset and Burns Lake all her life, and was groomed to participate in Wet'suwet'en governance from a young age. Brenda is trained as a Wet'suwet'en language instructor and has worked as a post-secondary education coordinator for the Lake Babine Nation Band for decades. Brenda is a grandmother of ten and this fight is about protecting the Yintah for her grandchildren. She believes that this film is an important way to tell her people’s story and listen to the words of her Grandmother Knedebeas who always told her children, “Don’t let no white man take my yintah.”

Born in Puerto Rico, producer and editor Franklin López has been making political films about social justice and the environment for over 30 years. He has published hundreds of films online since 1998 under the name subMedia, which have been watched by millions, broadcast on international TV networks and screened in alleyways and movie theaters around the world. He has received accolades from the New York Times and Wired Magazine.