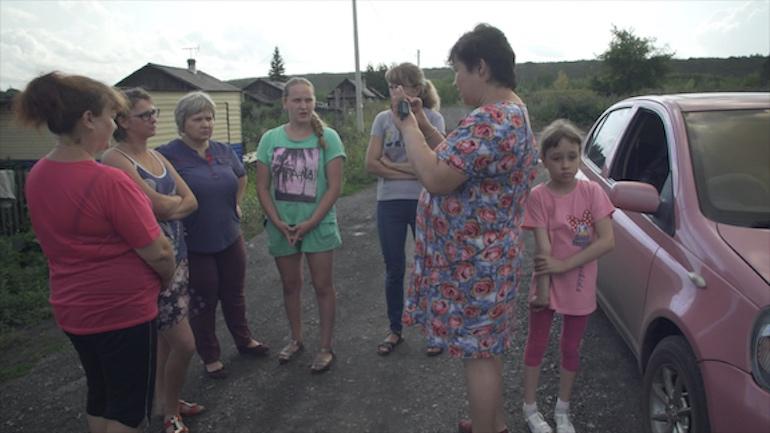 When the residents of a remote Siberian city discover an old Soviet mine has caught fire beneath their neighborhood, they turn to Natalia Zubkova, a local homemaker-turned-journalist, for help. But after her news videos go viral, she suddenly finds herself the target of a massive government disinformation campaign.

Alina Simone is a journalist whose work has appeared in the New York Times, Wall Street Journal, Guardian Long Read, California Sunday, Slate, and NPR, among many other outlets. For seven years, she was a regular contributor to the international news radio show The World, a co-production of the BBC. Simone has appeared on the Today Show, PBS Newshour and Radiolab to discuss her work, and her writing has been featured on best-of-the-year lists in The Atlantic, NPR and Rolling Stone. She is the author of two collections of non-fiction essays and has taught writing at Yale University. Simone is the recipient of a Logan Foundation Non-Fiction Fellowship, the Andrew Berends Film Fellowship and a 2021 NYSCA/NYFA Artist Fellowship in video/film.

Kirstine Barfod received an EMMY, a Cinema Eye award for Outstanding Achievement in Production, a Peabody award and a 2020 Academy Award nomination for producing The Cave, directed by Oscar-nominated director Feras Fayyad (Last Men in Aleppo). She has produced and co-produced a dozen feature documentaries, documentary series, including Ibrahim, The Magic Life of V, and Reunited. She has been a member of the Academy of Motion Picture Arts and Sciences since 2019.