Through a generational lens, Q explores the filmmaker, her mother, and her grandmother's relationship to God, trauma and womanhood. 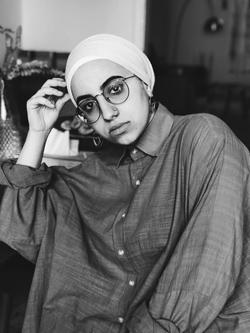 Jude Chehab is a Lebanese/American filmmaker, whose early career work has landed over 20 international awards screening in film festivals worldwide. Her credits include collaborations with Refinery29, Catalyst Films, The Players Tribune, Oxfam GB, and Doctors without Borders. She was part of Abbas Kiarostami’s last student group in Cuba, where she worked on a piece under his guidance. Jude's richly visual and intimate personal shooting style has illuminated issues close to her heart including the refugee crisis and female empowerment. She has recently worked as a DP on films in Somalia, Sudan and Pakistan. She is currently the Associate Producer on Sesame Street’s refugee program.