Updated from its Sundance debut in a new cut featuring additional interviews and footage, The Great Hack uncovers the dark world of data exploitation, offering astounding access to the personal journeys of key players in the explosive Cambridge Analytica/Facebook data scandal. Award-winning filmmakers Karim Amer and Jehane Noujaim (The Square, Control Room, Startup.com) continue their tradition of exploring the seismic ripples of social media with this riveting, complex film.

Screening of film is followed by a moderated post-film conversation with Directors Karim Amer and Jehane Noujaim. 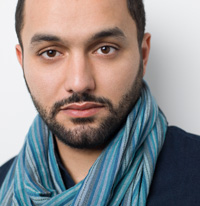 Karim Amer is an Oscar-nominated filmmaker, best known for producing the documentary, THE SQUARE (Al Midan) in 2013, which was nominated for an Academy Award for Best Documentary Feature and received Emmy Awards for Directing, Cinematography and Editing in 2014. Karim was also the producer of the award-winning film, RAFEA: SOLAR MAMA (2013), and teamed up with Angelina Jolie to executive produce the Academy Award nominated animated feature, THE BREADWINNER (2017). 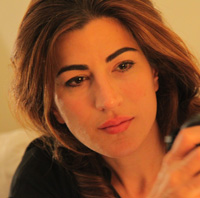 Jehane Noujaim is an Academy Award nominated director and one of two non-fiction directors to have won the Directors Guild Award twice. Her Oscar nominated film, THE SQUARE (2013), won the Audience Award both at Sundance and Toronto Film Festivals. Noujaim has produced and directed other award-winning films including RAFEA: SOLAR MAMA (2013), CONTROL ROOM (2004) and STARTUP.COM (2001).  In 2017 she and Angelina Jolie executive produced the animated feature THE BREADWINNER, which was nominated for a 2018 Academy Award. In 2006, Noujaim was the first woman to be awarded the TED prize which she used to create Pangea Day. Noujaim’s work has been nominated by the DGA, IDA, Independent Spirit and several Critics Association Awards. Noujaim graduated with a dual concentration in visual arts and social studies from Harvard college after winning the Gardiner Fellowship.