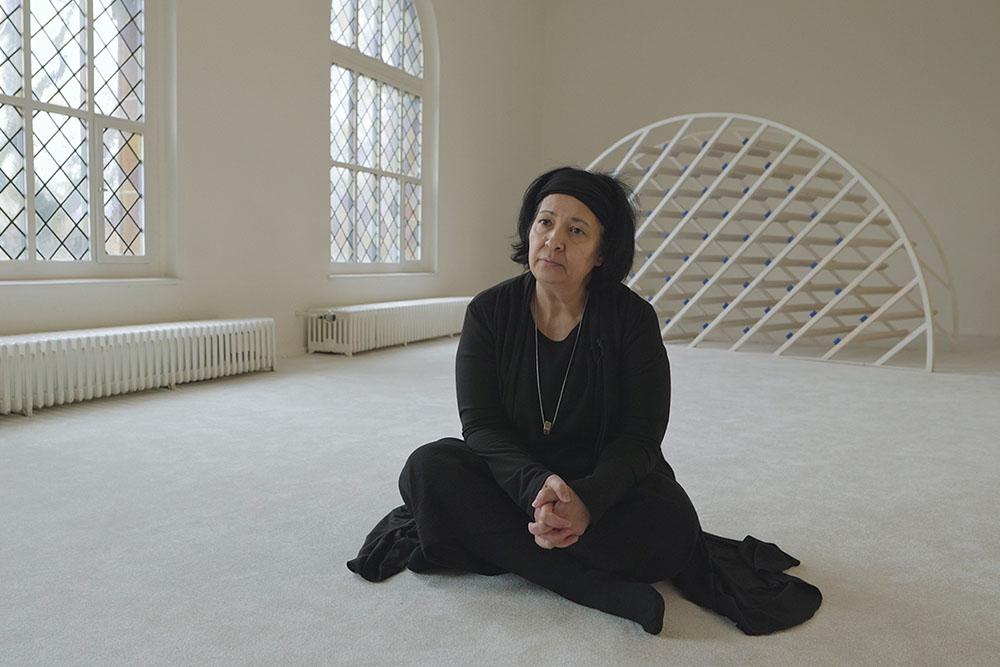 Seyran Ateş - a Turkish- German lawyer, feminist, and one of the first female imams in Europe - is fighting for a sexual revolution within Islam. In return, she was shot, received fatwas and death threats, and now has to live under constant police protection. Seyran believes the only way to fight against radical Islam is through Islam, which is why, in her liberal mosque, there is no gender segregation or exclusion based on sexual orientation.

This digital screening includes a moderated filmmaker conversation that will be on demand with the film. The Q&A features director Nefise Özkal Lorentzen, producer Jørgen Lorentzen and film subjects Seyran Ates and Tugay Sarac, moderated by film critic Amy Nicholson.

Nefise Özkal Lorentzen is a Turkish-Norwegian writer, filmmaker and associate professor at The faculty of Audiovisual Media and Creative Technologies at Innland University, Norway. Over the past two decades she has produced and directed several controversial documentaries related to Islam. As a result of her dedication to LGBTQ rights and human rights activism through her films, she’s been named one of the TOP 10 immigrant role models in Norway. Her trilogy of films entitled, Gender Me (2008), A Balloon for Allah (2011) and Manislam (2014), brings alive these untold stories through public visibility. Nefise has received several awards and nominations.Utilizing her workshop concept, “gender activism through films”, she has cooperated with various NGOs in Indonesia, China, Bangladesh, Turkey, Germany, USA etc. She hopes one day gender segregation and violence against women will be a long-forgotten aspect of history.

Jørgen Lorentzen is a producer at Integral Film. Former journalist and professor at The University of Oslo. He has produced 17 films including the short documentary Kayayo (2016) which was short-listed for an Oscar® at the 90th Academy Awards®. He directed the documentary film A Gift From God (2019), which investigates the truth behind the failed coup attempt in Turkey in 2016. He has published the books Masculinity: Men in Literature and film (2004), Gender studies - An introduction (2008), History of Fatherhood in Norway (2012) and Men’s Experiences of Violence in Intimate Relationships (2019).

Seyran Ateş, born in Istanbul in 1963, has lived in Germany since 1969. She is both a lawyer specialized in family law and an author of many socially critical books. As a women´s and human rights activist as well as a muslim woman, her voice is one of the most influential in the fight against religious and tradition-related violence since more than 35 years. As a lawyer, she is mainly helping women from Islamic countries. Her books stimulate and inspire discussions about gender equality, Islam and integration. In addition to numerous awards, she is the bearer of the first-class Cross-Border-Awards. In 2018 she received the Marion Dönhoff Award for International Understanding and Reconciliation and in late 2019 she has been awarded with the University of Oslo Human Rights Award. She is the initiator and founder of the liberal Ibn Rushd-Goethe Mosque in Berlin, which opened in 2017.

Tugay Sarac is 23 years old and stands for the compatibility of religion and sexual identity. The intersectional view and his personal story are particularly convincing. As an openly gay man and Muslim, he fights for diversity in a controversial environment. As LGBTIQ* coordinator at the Ibn Rushd-Goethe mosque in Berlin, he shows his face and courageously faces public criticism, hate speech and threats. As one of the faces of the #liebeisthalal (#loveishalal) campaign, he publicly refutes the act of sin and the prohibition of an equal and sincere love between two people regardless of gender. Tugay relies on scientific education and theological facts in everything he does. With a weekly regulars table for queer (ex-)Muslims the mosque and Tugay offer a safe space to anybody who needs it.