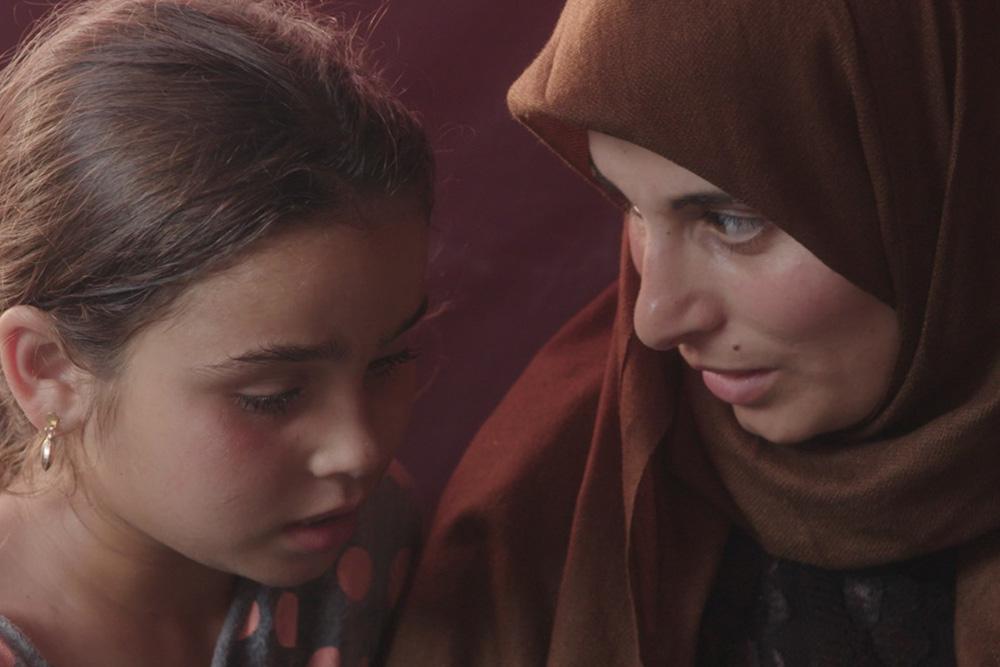 Epic in scope, but intimate in feel Simple As Water is a meditation on the elemental bonds between parent and child from Academy® Award-winner Megan Mylan (Lost Boys of Sudan, Smile Pinki) A masterful look at the impact of war, separation and displacement, Simple As Water takes us into Syrian families’ quests for normalcy and through the whirlwind of obstacles—to building life anew.  Filmed in Turkey, Greece, Germany, Syria and US, Mylan’s sensitive camera reifies the universal importance of family.

This digital screening includes a moderated filmmaker conversation that will be on demand with the film. The Q&A features director, producer and editor Megan Mylan, producer Robin Hessman, and co-producer Hazem Obid, moderated by Jenelle Riley, Editor at Variety.

Megan creates intimate observational films on complex global issues. She won an Academy® Award for her documentary Smile Pinki and an Independent Spirit Award for Lost Boys of Sudan which was short-listed for an Oscar® and named a New York Times Critics’ Pick. Her films have screened theatrically and on television throughout the world including HBO, PBS, ARTE, BBC, NHK, NDTV, Sundance Channel, Doordarshan and TV Brasil. She is the recipient of a Guggenheim Fellowship, and multiple Emmy® nominations. She served for several years on the Academy of Motion Picture Arts and Sciences' Executive Committee for Documentary. Before beginning in documentary, Megan worked with Ashoka, an international development non-profit, in the U.S. and Brazil. She has a Bachelor’s from Georgetown University’s School of Foreign Service and Masters' degrees in Journalism and Latin American Studies from UC Berkeley where she was also guest director of the Graduate Documentary program.

Robin is a documentary filmmaker and creative producer. She produced and directed the Peabody-award winning documentary, My Perestroika, which premiered at the Sundance Film Festival and is a New York Times Critics’ Pick. Previously, Robin produced several award-winning PBS films and was Filmmaker-in-Residence at WGBH in Boston. Throughout the 1990s Robin lived in Russia making documentaries and working as the on-site producer of Ulitsa Sezam, the Russian co-production of Sesame Street. Robin is Vice-President and a founding board member of the Karen Schmeer Film Editing Fellowship and a member of the Council on Foreign Relations. She graduated from Brown with a joint degree in Russian and Film and received her graduate degree in film directing from the All-Russian State Institute of Cinematography (VGIK) in Moscow. She is a member of the Documentary Producers Alliance and of the Documentary Branch of AMPAS.

Hazem is a media producer and photographer. Raised in Masyaf, Syria, Hazem currently lives in Frankfurt, Germany and works in Europe and Africa. He graduated from the University of Damascus in Media Studies. He left Syria in 2014. In Germany, Hazem completed a Master’s degree in International Media and Cultural Work from the Darmstadt University of Applied Sciences.