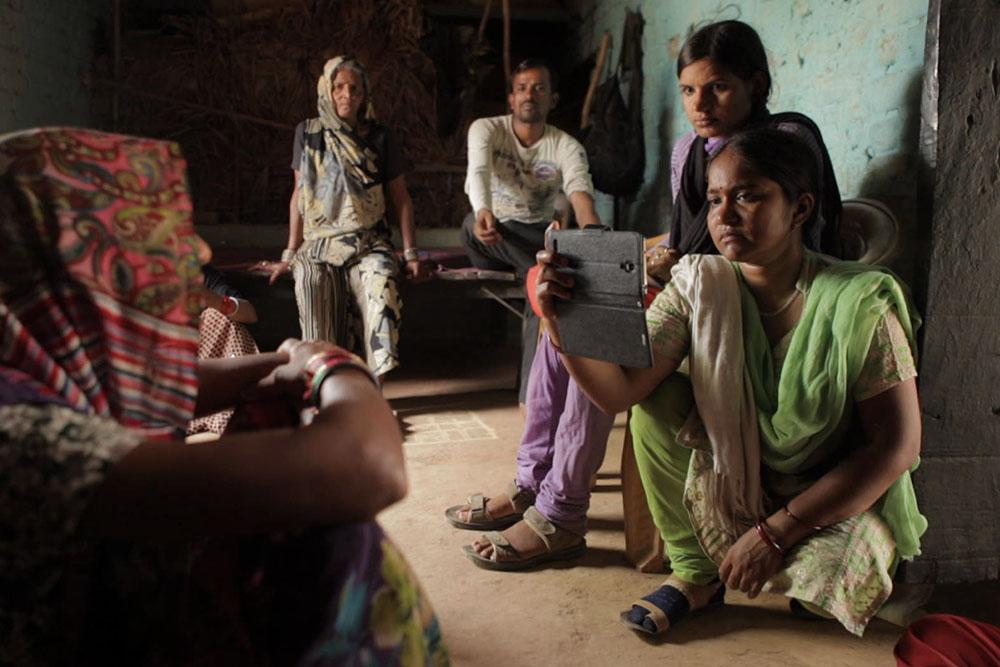 In a cluttered news landscape dominated by men, emerges India's only newspaper run by Dalit (‘low caste’) women. Armed with smartphones, Chief Reporter Meera and her journalists break traditions, be it on the frontlines of India's biggest issues or within the confines of their homes, redefining what it means to be powerful.

This digital screening includes a moderated filmmaker conversation that will be on demand with the film. The Q&A features directors Rintu Thomas and Sushmit Ghosh, moderated by Claudia Puig, Film Critic for KPCC's Film Week.

Rintu Thomas is an award-winning director-producer from India whose work is supported by the Sundance Institute, Chicken & Egg Pictures, IDFA, SFF Film Fund, Doc Society, Tribeca Institute, Finnish Film Foundation and Bertha Foundation, among others. Over the last 10 years, Rintu’s films have been used as advocacy tools for social impact, included in the curriculum of universities and exhibited globally in spaces such as the United Nations Climate Change Conference and The Lincoln Center for Performing Arts – becoming catalysts for new conversations. Her debut feature documentary, Writing With Fire, won two awards at Sundance ‘21 (Audience Award and Special Jury Award: Impact for Change). Described by The Washington Post as “The most inspiring journalism movie – maybe ever”, Writing With Fire has played at over 90 festivals and won 17 international awards. A Sundance and Japan Foundation Fellow, Rintu lives between New Delhi and a quaint mountain-town in North India.

Sushmit Ghosh is an award-winning director and cinematographer from India whose work has been supported by the Sundance Institute, Tribeca Institute, Doc Society, SFF Film Fund, IDFA, The Bertha Foundation, Sorfond and the Finnish Film Foundation, among others. Five years in the making, Sushmit’s debut feature documentary, Writing With Fire is a double Sundance award winner. Hailed by IndieWire as ‘profound’, by Hollywood Reporter as ‘insightful and inspirational’, the film is a festival favourite winning 17 awards, including with 7 Best Documentary Awards through the year. In 2009, Sushmit co-founded Black Ticket Films, a production company invested in the power of storytelling. With a strong eye on social justice stories, Black Ticket Films’ award-winning slate of films are being used as advocacy, impact and education tools by institutions across the world. In his spare time, you’ll find Sushmit motorcycling and hiking through the Himalayas.