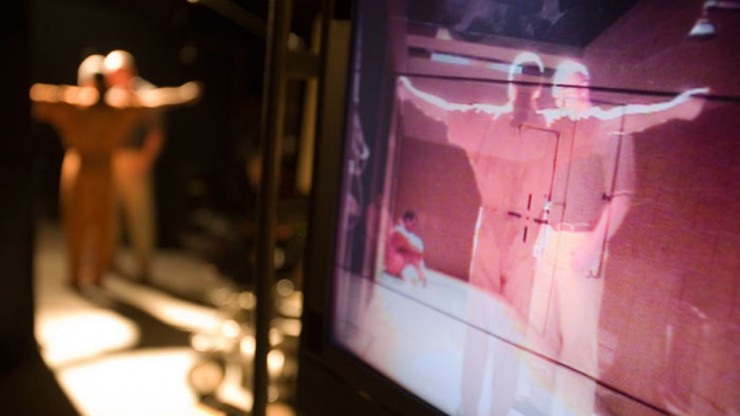 At No Film School, Liz Nord covers Errol Morris's IDFA talk on the similarities between documentary and virtual reality.

Referencing a David Hume theory, Morris explained, "We tend to see causality in the world...and this need to see a 'before' and 'after' in how we explain the world around us is part of who we are. It's part of our brains. We see the world as linear stories." However, that doesn't mean Morris is anti-VR. Instead, he told the audience: "What strikes me as interesting about virtual reality is not that it's non-linear, if it even is. It's that you're allowed to look at context. To think of images in different ways."

Unlike works of pure fiction, the stories were framed around real events and real people and institutions. Submarine blamed a real ferry accident, in which several passengers lost their lives, on a made-up shark; the search and rescue operators who performed admirably in their response to the accident had to issue a release disavowing Discovery Communications. Actual shark scientists were looped into the Shark Week narrative, often filmed without full knowledge of the theme and purpose of the documentary. And NOAA, of course, was directly accused of hiding evidence about the existence of mermaids. NOAA was so inundated with complaints that it had to issue its own press release declaring that mermaids were not real and that there was no evidence of their existence.

Journalists who have worked for Vice tell CJR that the company published their work without paying them for it, promised them assignments which were later rescinded, and asked reporters for their help with documentaries that covered issues they had written about without any plans to pay them for their work. There’s also the usual freelance complaint: late payments. As a freelance journalist, I've been through some of this with Vice myself.

In a decade packed with changes and challenges for all media outlets, Kerger has contended with the creation of game-changing digital platforms, the rise of reality TV and inflammatory political broadcasts, politicians who pledged to defund Big Bird, economic downturns that hurt PBS's donor base, and an explosion of new viewing options that threatened PBS member stations.

At Indiewire, Jude Dry talks to filmmaker Lucy Walker about why filmmakers should get on board with VR.

Walker has always used film as a tool to evoke emotions and tell stories, and for that reason, she sees VR as a natural extension of her nonfiction filmmaking. "It's a teleportation device. You engage human beings in their empathic connections when you really take people there," Walker said. "And it’s super clunky right now - the headset is smelly, it's this totally odd sweaty headband, and it messes up your hair - but it's happening, and I kind of can’t believe it's in our lifetime."

"No one writing about Tabloid can seem to help themselves from indulging in the sensationalism of mentioning such things as a beauty queen, kidnapping, shackling a Mormon, rape, burning magic underwear, becoming a god with a planet, a wig called "Matilda," a marshmallow shoved into a parking meter, nun costumes, prostitution, bondage, S & M, the term "spreadeagled" and, of course, the cloning of a dog named Booger. Writers also tend to mention Rashomon, understandably, because the truth of what happened, whether in "the love cottage" or the media spotlight, remains prismatically elusive."

'Off The Rails' to Get Oscar-Qualifying Run
read more

END_OF_DOCUMENT_TOKEN_TO_BE_REPLACED

F Is for Phony: Fake Documentary and Truth's Undoing--Where the Truth Lies: When Reality Ain't