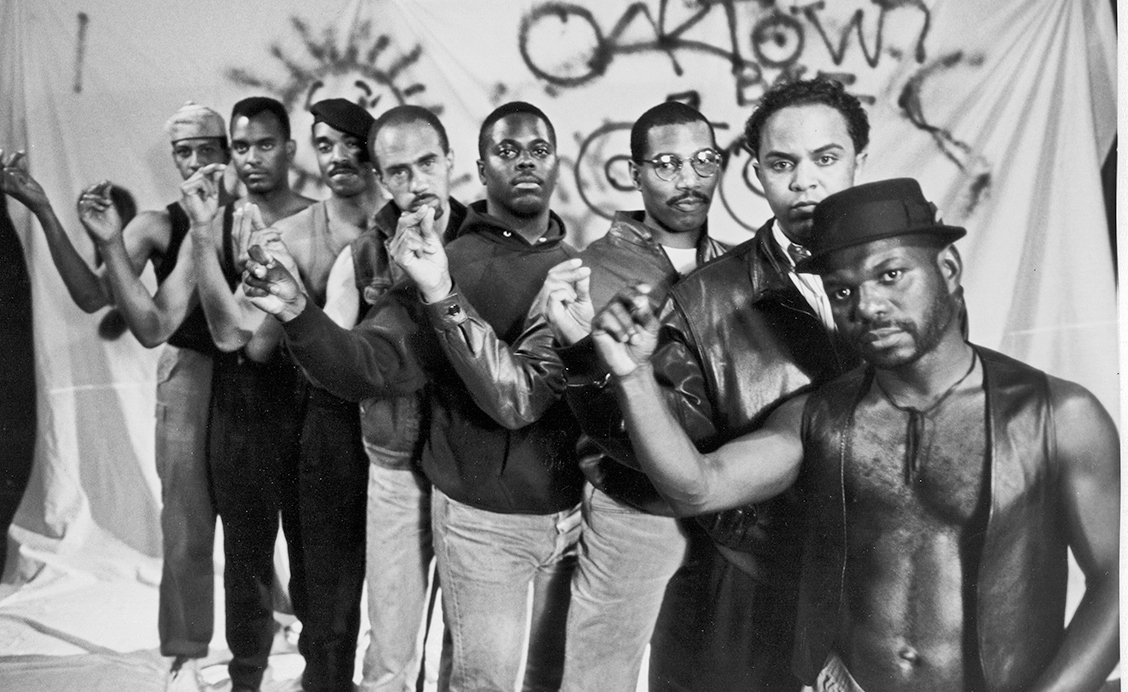 Wesley Morris of The New York Times praises the work of Marlon Riggs, the subject of a weeklong perspective--Race, Sex & Cinema: The World of Marlon Riggs--at the Brooklyn Academy of Music.

There’s no reason all of this work should still work, that it should still hypnotize, upset, delight and astound. But genius has a way of arguing for its permanence. And Riggs was someone who could see in multiples. He interrogated the many parts that make the whole. He could see the past, present and future at once. He knew the historical terrain would stay rocky, and that the ride would, indeed, be rough.

IndieWire’s Zack Sharf reports that Field of Vision bought a 30-second ad for Marshall Curry’s Academy Award-nominated doc A Night at the Garden--to be aired on Fox News’ Hannity.

“I hope that by showing the ‘Hannity’ audience how manipulative leaders in the past have attacked the press, scapegoated minorities, made light of violence against protesters, and wrapped hateful ideologies in the symbols of American patriotism, they might become more vigilant when they see leaders do those things today.”

POV Magazine’s Daniel Glassman parses the recent slate of documentaries that have taken on the topic of populism.

If documentary is to have a role to play in understanding populism, it will have a lot to do with this. Louisiana and Brexitannia both begin with close observation, conversation and even collaboration with people not often represented in documentary film, or in media generally. And both films develop the ideas and emotions that they discover there into provocative arguments about the state of politics today.

Netflix’s far cannier Fyre seems to understand the fraudulent new media landscape much better, in part, no doubt, because the documentary itself is an expression of its most cynical excesses. Rather than relying on think-piece tropes to place Fyre Fest in a broader cultural context, it offers a straightforward insider’s look at the months leading up to the event, using its unique access to archival footage taken in the moment — something Fyre Fraud does not have.

In her Docs on Screens blog, Carol Nahra talks to BBC Storyville’s Mandy Chang about her goals for the acclaimed doc strand.

Diversity is really really important to me. It’s not just about picking the best films by the most experienced most famous documentary directors. It’s also about finding new talent and growing that talent and those relationships. It’s just hugely complex: the whole ecosystem of documentaries across the world. And the different ways that different broadcasters do things in different countries. To get on top of that has been my goal this year.

IndieWire’s Chris O’Fait polled the DPs in the US Documentary Competition at the 2019 Sundance Film Festival about the gear that worked best for them.

When choosing cameras and lenses, nonfiction filmmakers are not only guided by the “look” they are trying to create, but what their production demands and what their resources allow. Which is why in answering the question of why they picked the gear they did, this year’s crop of Sundance documentary directors also tells us how they shot their movies — the challenges, and the choices, as well as their cinematic styles.

The New York Times’ Manohla Dargis assesses the docs in competition at Sundance.

Sundance is well known for its documentary selections — there are separate American and international competitions — that include celebrity profiles, personal essays, advocacy movies and journalistic investigations. These tend to be formally familiar, and too many this year contain drone imagery (cue the camera swooping over a location) that generally registers as a tedious, meaningless visual tic. That said, the diversity of subjects in the documentary selections can also make these titles feel more adventurous and expansive than those in the fiction lineup.

Tongues Untied was a life-changing event for me. It was the first time I had seen such an honest, raw and powerful film that uncompromisingly tackled the interplay of desire, race and racism, homophobia, sexuality, gender, HIV and class—from a Black Queer perspective.

Knock Down The House receives 10 Million Dollar Deal From Netflix

Diversity and Inclusion at this year's Sundance Film Festival

END_OF_DOCUMENT_TOKEN_TO_BE_REPLACED

Astra Taylor's Question for the Ages, and Today: 'What Is Democracy?'

Have Camera, Will Collaborate: Cinematographers Focus on Telling the Story