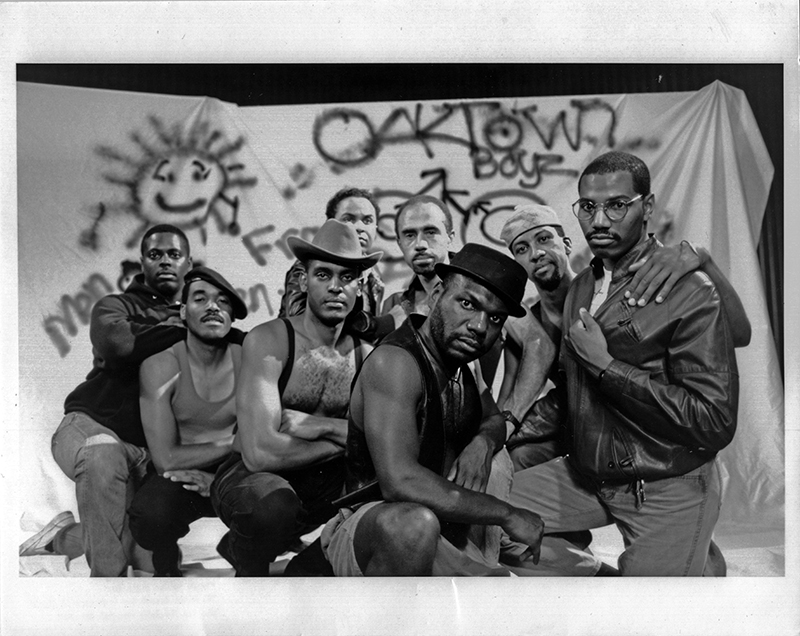 I first saw Marlon Riggs' documentary Tongues Untied in 1990 as a young staff producer at WNET/Thirteen. I had been asked to organize a New York-San Francisco LGBT town-hall meeting around the June broadcast of a series of films that culminated in Tongues Untied's premiere on PBS' POV.

Tongues Untied was a life-changing event for me. It was the first time I had seen such an honest, raw and powerful film that uncompromisingly tackled the interplay of desire, race and racism, homophobia, sexuality, gender, HIV and class—from a Black Queer perspective. Formally, the film was groundbreaking. It gripped me in its surreal mix of first-person testimonial, poetry, staged performances, dance and activism. The blend was made more exhilarating by Riggs' interweaving of vignettes with his on-camera declarations, dynamic composition and riveting editing style. In some ways the film is an ethnography of the Black Queer literary and arts movement that was flourishing in the 1980s and early '90s and affecting the culture through language, fashion, dance, music, scholarship, cinema and politics, just as the specter of HIV and AIDS was rapidly decimating its members.

There is a moment in the film where Riggs brings to light what, even within LGBT communities, remained in the shadow. The camera lingers on a queen in a form-fitting mini-dress, high heels, walking alone on a street, by a lake, before stopping at a park bench to elegantly smoke a cigarette; a close-up catches her blinking away the smoke with long, paste-on eyelashes under a wig that has seen better days. Nina Simone sings "Black is the color of my true love's hair" as Essex Hemphill's poem begins: "Grief is not apparel, not like a dress, a wig or my sister's high heel shoes. It is darker than the man I love…"

As Riggs and Hemphill, whose work is featured mightily in the film, face their own mortality on camera, the film calls out to end the hiding and secrecy rooted in shame, confront the violence of our own varied forms of self-hatred, and transform ourselves and our communities. I saw in this film the potential of the medium: a dedication to form, expressed as an organic outgrowth of content. It set me on a journey. I would become friends with Riggs during the culture wars, when he was combating the detractors who were denouncing his work on the floor of the United States Senate and using Tongues Untied, as they did with Mapplethorpe's photographs, to argue for the defunding of institutions that challenged the status quo around gender, race and sexuality.

Viewing the film today—from its opening montage of Black male bodies and police beatings over the poetic refrain "Brother to Brother, Brother to Brother" to Riggs' concluding statement that Black men loving Black men is the Revolutionary Act—I can only muse on its relevance, in an era marked by both #BlackLivesMatter and the escalating Black male on Black male gun violence, and recall a chant from Tongues United: "Anger unvented...becomes pain unspoken...becomes rage released...becomes violence, cha cha cha…"

Thomas Allen Harris is in development on a new series, Family Pictures: USA. He will be teaching an interdisciplinary course entitled Visual Memoir in Art Practice at Yale School of Art this fall, together with an exhibition and film series.