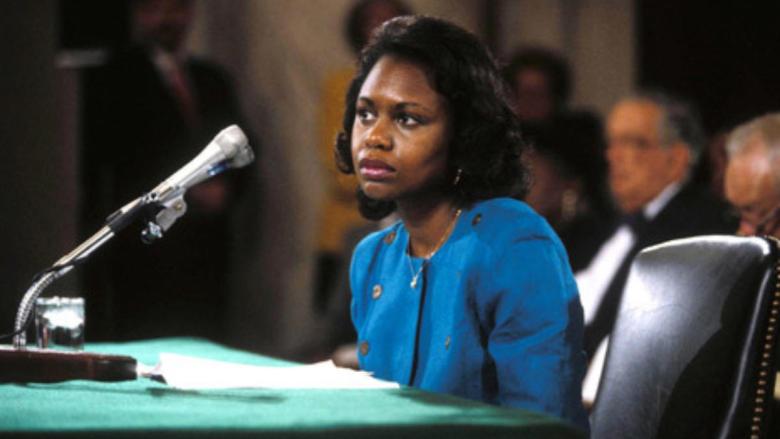 Next week, it’s expected that both Supreme Court appointee Brett M. Kavanaugh, and Dr. Christine Blasey Ford, who accused him of sexual assault during their high school years, will testify before the Senate Judiciary Committee. Now, Mock’s documentary takes on a new urgency, providing a window into what happened nearly three decades ago, and how little things have changed.

In Lacy’s latest project, Jane Fonda in Five Acts, the filmmaker paints a complex study of the life of actor, activist and fitness guru, Jane Fonda. The 133-minute film, produced by Lacy’s New York-based Pentimento Productions, features Fonda candidly discussing the pain of her mother’s suicide; her father’s emotional unavailability; her battle with a decades-long eating disorder; and her multiple marriages to famous men. Jane Fonda in Five Acts held its theatrical world premiere earlier this year at the 2018 Sundance Film Festival.

Months before Election Day in 2016 you went on Bill Maher’s show and said Trump was going to carry Michigan and Wisconsin and Pennsylvania. At the time that seemed ridiculous. These were blue states. I thought you were just trying to get people mobilized to work on the election. Then on election night, when they announced that Trump had carried Michigan and Wisconsin and Pennsylvania, the first thing I thought was "Michael Moore knew something that the pollsters and the Hillary campaign and all the networks did not know." What was it that you knew?

The team behind the ESPN podcast 30 for 30 hate the word "podcast." They think "audio documentaries" is a better fit. "The word podcast is just so unhelpful," said Jody Avirgan, the show’s host and executive producer. "A lot of people hear 'podcast' and think two people in a room talking. I like those podcasts. But we're trying to do stuff that's much more akin to a short film than to that kind of podcast."

Something has to be done about the bench. The scene is the Monrovia Lions Club in Monrovia, Indiana, where a meeting is being held. A concerned woman, flanked by a man in shirtsleeves who is somewhat paying attention, would like to raise the matter of the bench. First of all, it needs to exist. The club’s 100th anniversary looms, and she is proposing to allocate funding to build a commemorative bench in town. Perhaps near the library, where another bench is currently slated to be built, thereby providing a pleasing logistical and visual symmetry. There’s a certain amount of back-and-forth as the case is made for construction, and oddly, momentarily unmade. Then the apparent leader of the meeting, another woman who will later be spotted browsing a gun shop, moves the motion forward: the club sets aside $500 for the project. Something has been done about the bench. This is not an uncommon scene—either in budget meetings across America, or in the manifold films by Frederick Wiseman that survey the care and upkeep of our country and its citizenry.

On the eve of the Los Angeles Festival's September debut, IndieWire's Anne Thompson talks to festival top brass about the risks and rewrads of moving from summer to fall.

This year marks its first in a fall slot (September 20-28), a berth between the Toronto and New York film festivals. The opening-night premiere by record exec-turned filmmaker Andrew Slater was LA-centric music documentary “Echo in the Canyon;” held at the outdoor John Ford Amphitheater, a balmy Jakob Dylan and Michelle Phillips concert followed.

In 2005, Michael Moore launched the Traverse City Film Festival, along with his dream of creating a nonprofit that brought cultural events and film classes to the Michigan lakeside town of 15,000 residents. Key to that vision was exhibition expert Chapin Cutler and his company, Boston Light & Sound. In addition to restoring and installing over 100 projectors for Quentin Tarantino and Christopher Nolan’s 70mm roadshows, Cutler also helped transform TCFF from asbestos-curtain movie screens to state-of-the-art cinemas. Thirteen years later, with the festival in debt, two executive directors gone within five months, and struggling to find financial stability, Cutler is suing TCFF for an unpaid bill of more than $150,000. Meanwhile, TCFF dropped BL&S, with Moore suggesting at a recent public meeting that the company provided poor service to the industry.

Perry Miller Adato, who began her award-winning career as a documentary director in the late 1960s, when relatively few women were in the field, and went on to make films about Georgia O’Keeffe, Gertrude Stein, Picasso and other cultural figures, died on Sunday at her home in Westport, Conn. She was 97. "She was a great filmmaker and an absolute perfectionist," Susan Lacy, the creator and former executive producer of the PBS documentary series American Masters, who worked with Ms. Adato on two films in that series, said in a telephone interview. "She stood equal with men in an industry that wasn’t always welcoming to women."

From the Archive—October 2014: "Speaking Truth to Power: 'Anita' Tells a Tale of Transformation"

Griersons Nominations for Kingdom of Us & Aspergers and Me

END_OF_DOCUMENT_TOKEN_TO_BE_REPLACED

9/11 Docuganda: Figuring out the 'Fahrenheit' Phenomenon