By KRISTAL SOTOMAYOR and EDDIE Hustleby 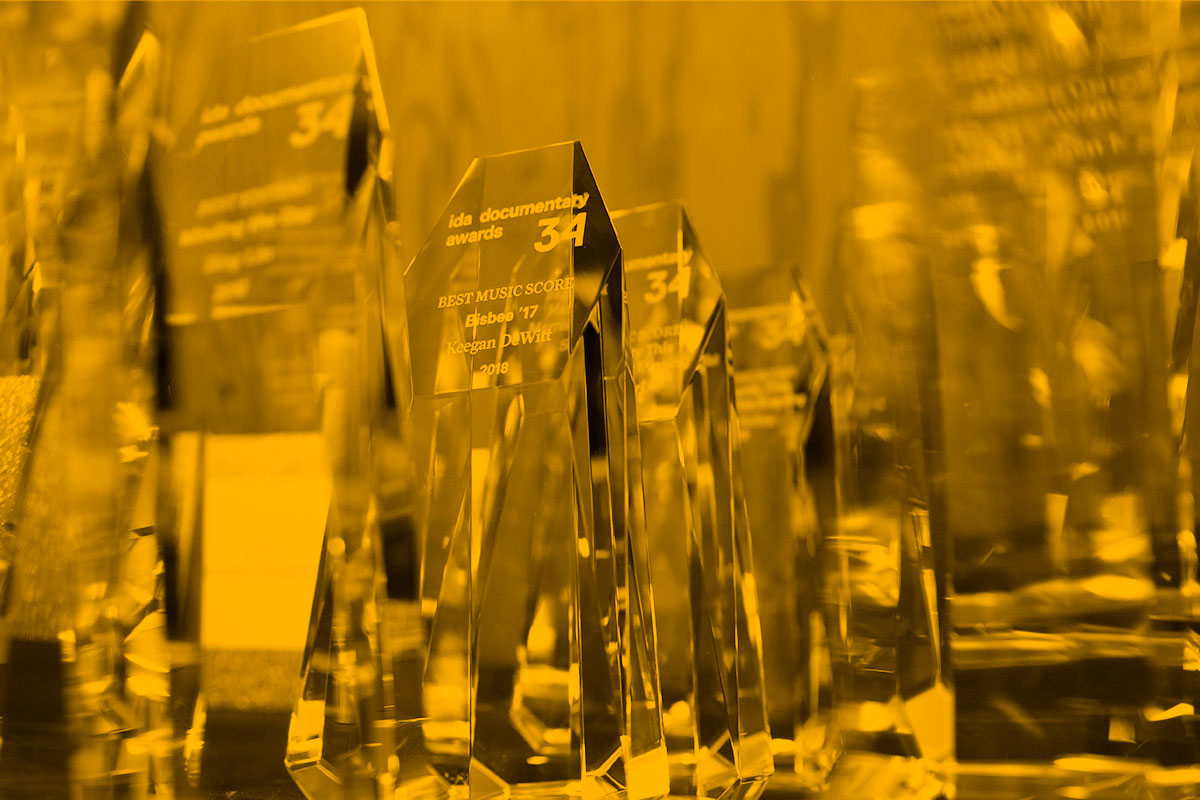 Expanding Upon Achievements from 2021-22

In our last Awards season, we learned a lot about the needs of the field and the spaces where the Awards can serve to support the evolution of the global documentary form. As a team, we strive for DEI (diversity, equity and inclusion) in the Awards competition. Here are a few things we are proud to have achieved last year:

One of the major barriers to applying for the Awards is the limited timeline to submit materials. Last year, we unfortunately had to shorten our CFE period, but this year, the CFE will open earlier to allow submissions over two months, from May 26 to July 20, 2022.

We’re improving our customer service by having all our submissions deadlines close on Wednesdays at 12 noon PDT. This change will ensure that submitters are able to have their questions answered by our team, in time for deadlines.

Evolving with the Growth of Documentary Series

In keeping up with the changes in the documentary field, we’ve found that there are more and more TV feature documentaries and mini-series being produced. Last year, a number of projects featured documentary stories consisting of one to three episodes, with the intent to broadcast or stream without a theatrical release. For this reason, we’re introducing a new category: Best TV Feature Documentary or Mini-Series. This category is distinct from our Multi-Part Documentary category, which represents a series with four or more episodes of over 30 minutes in length. We hope this new TV Feature Documentary or Mini-Series category can bridge the evolving landscape.

Our Documentary Series categories present the biggest challenges when it comes to crediting. We have four sub categories (Curated, Episodic, Multi-Part Documentary and Short-Form), and each of them has varying involvement of directors and producers. There are also other titles (i.e. Executive Producer, Associate Producer, Showrunner, Co-Producer, Supervisor, etc) that we would like to recognize. However, we are limited to two or three different roles on our submissions form, so we have chosen titles that hopefully capture as much of the work of these individuals as we can. Our three categories are “Executive Producer(s)/Showrunner(s),” “Director(s)” and “Producer(s).” The only field that is required is “Executive Producer(s)/Showrunner(s).” We hope the inclusion of “Showrunner” will help honor the work of the individual on the ground making the production happen. We hope submitters feel more represented by these changes. It is one small part of our commitment to give credit where credit is due.

We have the privilege of celebrating many different categories of nonfiction projects in our competition. However, each of these categories has different ways of representing the key people involved in their project. Each year we receive feedback from submitters and jurors over what works and what doesn’t in terms of crediting. With this insight, we have updated the credits section of our Audio Documentary categories to better represent the field.

Audio documentaries and podcasts come in many different forms, but oftentimes they center around one person’s voice, who serves as the host and/or the reporter for the project. Because of this, we have changed the required crediting information in our submissions form from “Director” and “Producer” to “Host/Reporter” and “Engineer.” The latter title recognizes the labor of sound technicians and editors who bring these auditory experiences to life. There is still a space to put the names of the “Producers” (Where would we be without them?).

Our outreach efforts to increase and diversify submissions to our Audio Documentary categories has led to some exciting developments. We are proud to announce our partnership with the Podcasting, Seriously Awards Fund, which supports independent BIPOC, Queer and Trans audio professionals in submitting their work to media/journalism awards by covering submission fees. The Fund accepts reimbursement requests on a rolling basis year-round and is committed to supporting 200+ independent producer award submissions each year. This Fund is not affiliated with the IDA Documentary Awards or the International Documentary Association. For more information and to apply for funding, visit the Podcasting, Seriously website here.

The increase in the diversity of our submission pools and juries last year was a direct result of the efforts we put forth to reach documentarians globally. The Awards Competition Department is scaling outreach to different countries that have historically lacked representation. To ensure that we are fulfilling our DEI goals, we’ve begun to build relationships in Central America, Southeast Asia, and Europe. Additionally, we’ve improved our internal metrics to evaluate the demographics of our submissions and juries.

We thank our submitters for answering demographic questions in our CFE. We encourage submitters to view demographic questions as opportunities to improve our understanding of the industry and to push representation forward. The individual demographic information of submitters is always kept private. The overall submissions statistics is shared to illuminate the progress we’ve made and points to the work that still remains to be done.

Accessibility has become one of our guiding principles. We are proud to say closed captions will be required of all submissions this year (except for the David L. Wolper Student Documentary Award category). Closed captions allow jurors with accessibility needs to be able to participate in the judging process and lend their crucial input to the documentary form. It also enhances comprehension for jurors who don’t speak English as a first language.

As a team, we are humbled and appreciative of the fact that the IDA Documentary Awards team is best positioned to celebrate the work of the global documentary ecosystem, within the organization. We take this responsibility seriously and listen to our submitters, jurors and colleagues to adapt with the field. Each change represents an effort to champion a more inclusive documentary culture and build systems to ensure continued commitment to our organizational values.

Kristal Sotomayor is a bilingual Latinx freelance journalist, documentary filmmaker, and festival programmer based in Philadelphia. They serve as the IDA’s Awards Competition Manager and Programming Director for the Philadelphia Latino Film Festival.

Eddie Hustleby is an artist programs coordinator and filmmaker who currently works in the Awards and Fiscal Sponsorship Department at the International Documentary Association.

END_OF_DOCUMENT_TOKEN_TO_BE_REPLACED

Where Are They Now? IDA Documentary Award Winners

The Legacy of the IDA Awards