Tips for Young Creators from the 2020 Student Documentary Nominees 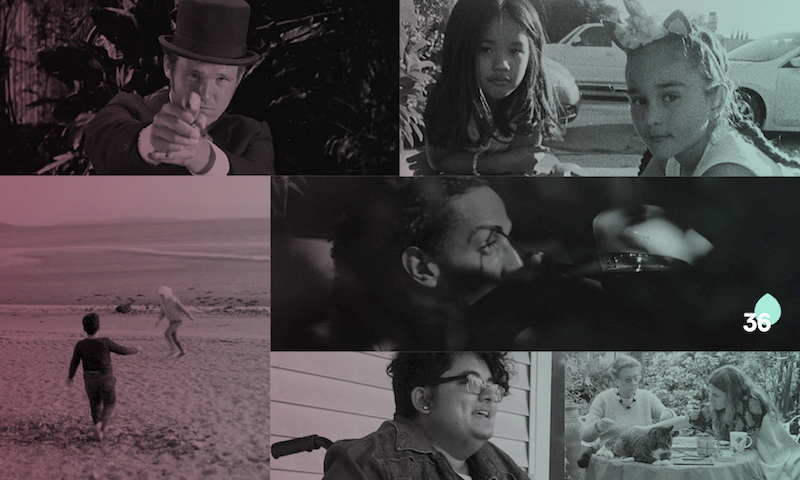 How did the humble bananas become the cheapest, most popular fruit in the world? Was it their taste? Their genes? Dark forces of capitalism? Travel through time on this epic journey and go bananas! This film comes to us from Sara Montoya, a Colombia-born producer, director, cameraperson and researcher. Her work is focused on environmental and social issues in Latin America, Europe, East Africa and the Indian subcontinent. In 2018 she joined the MA in Science and Natural History at the National Film and Television School. Bananas is her graduation film.

Isle of Us, Laura Wadha

"I have learned so much through the process of creating and learning from my mistakes. Be comfortable with making mistakes or not getting it completely right first time. Know why you are making the film you’re making. I’ve felt the most lost when I’ve gone into a film without fully understanding the reasons behind making it—if you can’t articulate it before you pick up a camera you need to develop it more. But mostly, trust your instincts!"

Haunted by the ghost of war, a stoic Syrian barber is trying to build a home for himself and his family on a remote Scottish island. Directed by Laura Wadha, Isle of Us portrays his journey to find a way to survive this new unfamiliar life and protect the memory of Syria for his young children. Wadha also attended the National Film and Television Institute, and Isle of Us is her graduation film.

"If you are passionate about a topic, run with it! Your drive and determination to share that story will shine through in your pre-production process, and will make people want to see your film come to life. don't be afraid to tell stories you think might have a more niche audience. The type of stories that are less widely shown are the ones that need more attention and will give you a leg up as a filmmaker. I struggled for years questioning if I was placing myself in a box by mainly focusing on queer narratives. With Na Luta Delas under my belt, I know that this is my path as a filmmaker, and I am grateful to have an outlet that allows me to share such important topics as trauma and hate crimes."

Also a finalist in the Student Academy Awards, Na Luta Delas is UC Berkeley School of Journalism graduates Orion Rose Kelly and Pedro Cota's thesis documentary about the growing violence against the LGBTQ+ community in Brazil. Turning their camera towards trans women of color and activists fighting against the violence and changing public perception, the film offers an intimate account of resistance and resilience happening in real time.

"Build community with the people you work with. They are not 'subjects' or 'characters.' They are people with rich lives. Filmmakers must develop deep and meaningful relationships, and engage in work with the communities we film, including after the film is a wrap. Wielding a camera is wielding power, and the way we tell stories can have resounding effects on the lives of many."

UC Santa Cruz Social Documentary Program graduate Marrok Sedgewick challenges dominant perspectives about non-speaking autistic people in People Like Me. When non-speaking autistic people become the authors of their own words through the use of augmentative and alternative communication (AAC) devices such as a letterboard, text-to-speech machine (aka "talker"), or the film camera itself, they paint a picture of a vibrant community struggling against repressive systems that would attempt to control everything they have to say. People Like Me is an assertion of the humanity of all, and the rights of one of society’s most marginalized communities to be given the tools they deem necessary to participate fully.

"If I could give myself advice when I was just starting out (other than 'buy bitcoin'), I might remind myself that art is infinitely subjective. Allow yourself to become obsessed with that beauty no one else seems to see. You might spend a few years or more as a starving artist, but if you really love what you're pursuing and creating, those years will be more valuable to your development as an artist than film school. I don't want to sugarcoat this to the detriment of those without the unseen trust-fund backing of many successful filmmakers: it might not work out financially. You might have to do soulless commercial work to make ends meet. The vast majority of our great artists aren't recognized by our commercial systems. But at least you have those bitcoin."

Directed by Laura Gamse as part of Stanford University’s Documentary Film and Video MFA Program, Susana is a 16mm film shot in black and white depicting the dual lives of a mother working to raise her children by day while confronting her past as a slaughterhouse worker by night. The film sheds light on both human rights and animal rights issues from the perspective of a woman who has intimately struggled with both. Despite the danger to herself and her family, Susana returns to the scene at night to care for animals on their way to the kill floor.

"It's going to be daunting and difficult for sure, but as soon as you start the process you will be on a journey. I want to reassure you that you will gain and learn a huge amount from this journey, all of which will become clearer once you have finished it and are able to reflect. Be alive to the journey, follow your heart and try not to judge yourself. Your empathy is your greatest tool."

Rosie Morris is a documentary director who graduated from the National Film and Television School in February 2020. In the spring of 2019, Rosie moved back home to care for her mother, who is undergoing chemotherapy. In their intimate time together, they reflect on the past, and in particular on Rosie’s grandmother, who died before Rosie was born. As the treatment progresses, and the past come sharply into focus, a moving story of three generations of women unfolds. Trees is an intimate, heartfelt exploration of mothers and daughters, loss and hope.