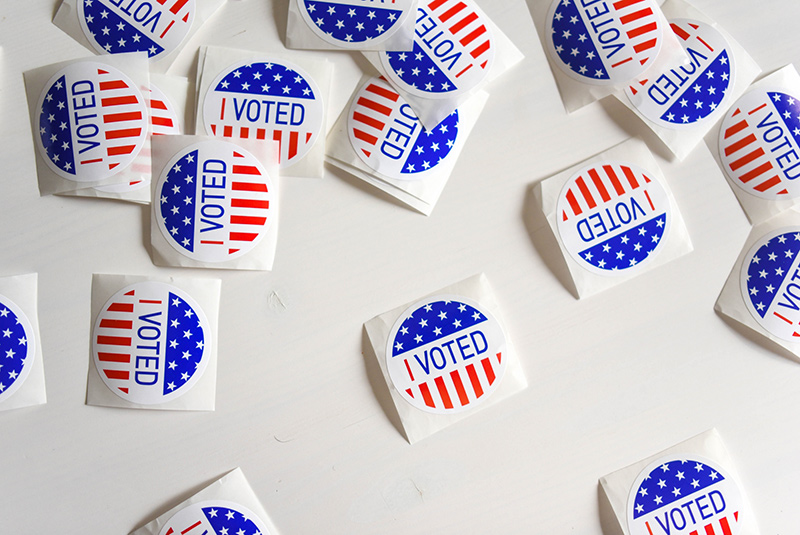 With the 2018 midterms on the horizon, we've curated a list of campaign documentaries to get you in the spirit before casting your ballot on Election Day. And if you already voted early or absentee, feel free to wear your "I Voted" sticker with pride as you watch these classic election docs.

From The New York Times Op-Docs, How to Win an Election takes us deep into the world of campaigning through the eyes of Mark McKinnon, one of America's most influential political strategists. In a candid conversation, McKinnon pulls back the curtain on storytelling strategies used in political campaigns today, many of which he used to elect President George W. Bush.

Produced by Robert Drew, shot by Richard Leacock and Albert Maysles, and edited by DA Pennebaker, Primary follows the Wisconsin primary election battle between John F. Kennedy and Hubert Humphrey for the 1960 Democratic Party nomination. The result is a breakthrough for documentary film. As one of the first films to utilize mobile filmmaking equipment, Primary's verite style marked a new era in documentary filmmaking, bringing an unprecedented level of intimacy to larger-than-life subjects.

Watch it on Filmstruck while you can!

For more than a decade, the Iowa caucus has been the starting line for Presidential candidates seeking their party's endorsement. A.J. Schnack's Caucus follows the eight Republican hopefuls leading up to the 2012 Iowa caucus. Capturing planned public appearances and canvassing conversations among voters, Schnack entrenches the viewer in the modern political process and the actions presidential hopefuls take to rally supporters during election season.

Watch it on iTunes and Amazon

Director Shola Lynch's Chisholm '72: Unbought & Unbossed takes you on a journey through Shirley Chisholm's revolutionary 1972 campaign as the first black woman to run for President. Without the backing of the political establishment, Chisholm's grassroots campaign inspired a generation of young voters to push the status quo.

Watch it on Amazon

Before making his way to the US Senate, Cory Booker led a hard-fought mayoral campaign in his hometown of Newark, New Jersey. Marshall Curry's Street Fight follows Booker's campaign against his opponent, 16-year incumbent Sharpe James. Curry's film sheds light on the issues faced by minority communities in cities, while also exposing corrupt politics on the local level.

Watch it on Netflix

No list of election documentaries would be complete without Chris Hegedus and DA Pennebaker's The War Room. In the midst of Bill Clinton's 1992 campaign for President, The War Room follows James Carville and George Stephanopoulos, the Clinton campaign's lead strategist and communications director, on the road and in the national campaign headquarters. Hegedus and Pennebaker capture the infectious energy of the young campaign staff in a film that marks a fundamental shift in how modern political campaigns are run.

Watch it on Filmstruck, iTunes and Amazon