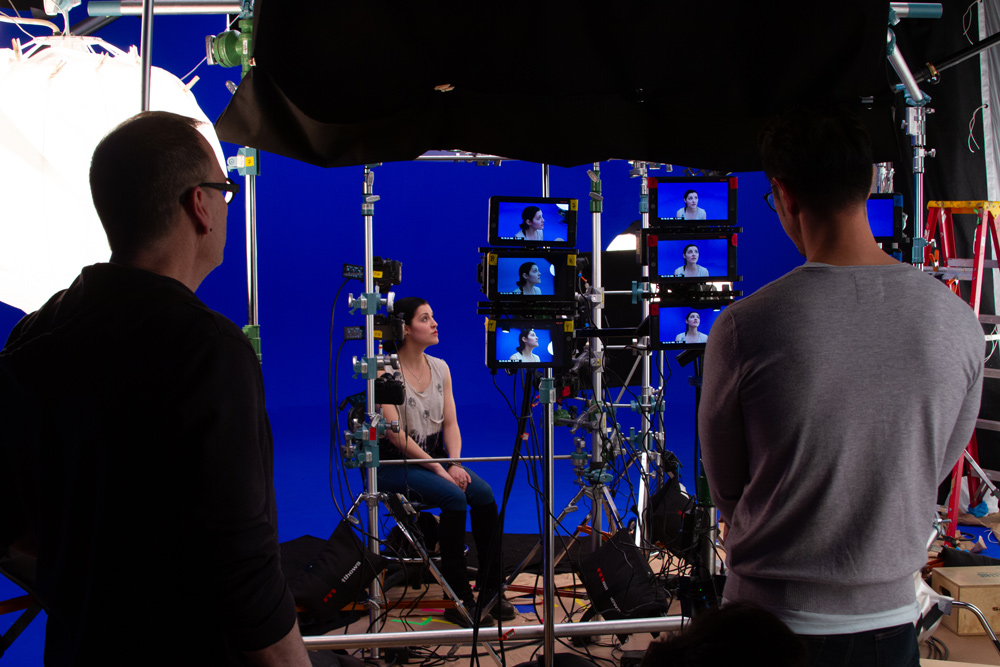 Cutting Class is a new column that focuses on a specific aspect of the post-production process—breaking down a scene editorially, and delving into innovative solutions to creative challenges.

David France's Welcome to Chechnya shadows an underground network of LGBTQ activists who help Chechens escape the anti-gay pogrom underway in this Russian republic. The peril is underscored by a text that appears at the film's start: "For their safety, people fleeing for their lives have been digitally disguised."

"He's going to kill me for sure," a young lesbian renamed "Anya" says about her father, a Chechen government official. This isn't just teenage hyperbole. Since 2017, the government has been aggressively purging lesbians and gays, imprisoning and torturing them and pressuring families to carry out honor killings. Anya is desperate because her uncle is threatening to out her to her father, unless she agrees to have sex.

France, an investigative journalist and director of the Oscar-nominated How To Survive a Plague, got access to people like Anya with the promise that their identity would be fully masked—unrecognizable even to their mothers—though, at the time, he had no idea how. He knew what he didn't want: "90 minutes of blurs and boxes and black bars and dark shadows." France hoped to find a technique that would protect his subjects while making their emotions plain to see. "I wanted the audience to feel what it was like to go through this medieval experience today," he says.

France's quest ultimately led to the development of a new AI tool: a face-doubling program that uses deep machine learning to replace the subject's face with an entirely new one that faithfully mirrors every expression.

"I've never done a project where people’s lives are at stake," says software architect Ryan Laney, who normally develops VFX for blockbuster fare, but stepped up to author this face-doubling tool, which he calls the "digital veil." "None of us expected to be inventing anything," he says, "but I’m thrilled to have created something that can benefit human rights."

France first surveyed the possible ways of masking identity. He considered illustration, animation, rotoscoping with various filter-mapping elements, even SnapChat technology. But a conversation with Pam Marsden, head of production at Sony Pictures Animation (and a college classmate of France's), redirected his thinking towards AI. Through a Sundance Producers Lab connection, France's team made contact with Ryan Laney and Johnny Han. As VFX experts and longtime friends, they were confident they could not only track and replace faces in rough-and-tumble footage shot on the run, but could find a way to do so on an indie budget.

Laney's veiling tool is style transfer tailored to faces. Neural style transfer is a machine-learning technique that can reimagine Image A in the style of Image B. For example, it can apply the style of Van Gogh's Starry Night to a picture of your backyard. In moving images, that algorithm is combined with others to create visual markers that provide context. So if your backyard has chickens wandering around, these could be isolated and rendered as a special Starry Night breed. Or, in the case of Welcome to Chechnya, a subject's face could be tracked, then a new face style applied, which will mirror each blink of the eye.

Before settling on a solution, France first submitted his options to Dr. Thalia Wheatley of Dartmouth College's Department of Psychological and Brain Sciences. She rounded up 109 students to put the prospects to the test. "Some surprising things came out of it," says Laney. In their quest for realism, Laney and Han had one iteration where the subjects' real eyes showed through the veil. But that proved too uncanny and creepy. "That got pretty low scores," Laney admits. The clear winner was a version of the veil with the double's eyes intact.

Short clip of the face-capture process for David France's Welcome to Chechnya. Courtesy of HBO.

Twenty-two Chechens in the film required protection. So France needed 22 people to volunteer their faces. He found recruits in the LGBTQ activist communities of New York and California.

The team filmed over a six-day period in a bluescreen, air-gapped studio in Brooklyn. They arrayed nine Panasonic Lumix GH5s in a 6x10' tic-tac-toe grid facing the activist seated in a chair. Referencing the locked picture, "We would study each clip, then recreate the camera angle and reposition the activist," says France. "The algorithm needed to get every angle on that head necessary for each scene. It wasn't 'acting.' It was really just moving your face: speaking so we could see lips moving, blinking, moving eyes around—giving all that data to the machine. Then the machine takes that and, through this deep learning, maps it onto the face."

Though the activists weren't reciting lines, their mouth shapes had to work with the Chechen language. So Han, in his role as face-capture director, had activists say a pangram. But instead of a pangram for letters (The quick brown fox jumps over a lazy dog), this was for Russian phonemes, the phonetic building blocks that make up speech. Laney gives an English example: " 'With tenure, Suzie'd have all the more leisure for yachting, but her publications are no good.' That is all the mouth shapes to make any word in the English language."

As a final precaution, France doubled voices as well. Activist volunteers from New York's Russian-speaking diaspora stepped up. "We tried altering voices, but they just sounded like machines," France says. "So we did old-fashioned looping in an ARD studio."

The face-capture shoot was organized by lighting set-up. After breaking down every lighting situation—harsh sunlight, cloudy day, interior with overheads, café with bright sidelight, etc.—face-capture director of photography Ray Huang would replicate each. "When we first meet Anya," France elaborates, "it's under fluorescent Burger King lights. We chase Anya into a car in daylight, then into an airport. Then we travel with her in a darkened airplane, then walk her into the night. All of those lighting situations were recreated for the activist who was going to lend her face to protect Anya."

"We shot two to three lighting set-ups per day," Laney adds. These progressed from more lights to less lights. “The whole first day, we did variations of exterior daylight. Each sitting [of an activist under a lighting set-up] was not more than a half-hour. We’d cycle through actors, and some came in several times."

In postproduction, it took time to get things right. Midway through, France was horrified that the faces kept slipping off. "Sometimes you'd find it on a plant. Sometimes it would just drift off or vanish," the director says. Laney acknowledges, "With run-and-gun footage, you can have faces bouncing around the frame." But as a seasoned VFX veteran, he wasn't worried: "Of all the problems, that was the most normal." Instead, Laney's nightmare was subjects who turned away from the camera, which made it harder for the deep-learning algorithms to find facial tracking points. "Turning away from the camera was the most expensive, time-consuming thing," Laney says, adding "It's all very new technology. You're racing the car while putting the tires on."

"Ryan kept saying it'll work," the director recalls, "and it did. By the time we took the film to Sundance, every frame was safe."

It's possible for the face veil to be completely undetectable. But France and his team wanted viewers to know who wore a veil and who didn't. (The Russian activists generally did not.) "It's an instant visual communicator that that person is in danger," Laney explains. "So for the first 20 shots, we turned the effect up to let the audience know. With the disclaimer text at the beginning of the film, people aren’t scratching their head, saying, 'Why does that person look weird?' It's trying to keep journalistic integrity."

Since completing work on the film, Laney has continued to refine the digital veil. He's now ready to make it available to documentary filmmakers—though "not as a software package, but as a service," he says. "The reason is there are so many little intricacies that can trip somebody up. It's not like, 'Here's a thing you put on Avid.'" For now, he foresees working directly with filmmakers. But there might come a day when someone could upload footage, then get it back with a replacement done.

Laney says he's "not at all interested" in replacing actors' faces in dramatic features. "This [tool] is for protecting identities," he states.

"Once David saw it working, we all realized this is a game-changer," Laney recalls. The silhouetted source might become a thing of the past. "From the time we’re born, we're just keyed in on faces. If you try to tell a story without showing the faces, it's never going to have the same impact."

"It's the first significant new tool for documentary filmmakers in decades," France states. "It gives people back their voice through someone else's skin."

Welcome to Chechnya airs on HBO on June 30 and will subsequently be available on all HBO platforms. For information on the digital veil, go to TeusMedia.com.

END_OF_DOCUMENT_TOKEN_TO_BE_REPLACED

Do You Swear to Re-Enact the Truth? Dramatized Testimony in Documentary Film