Doc Star of the Month: Pete Souza, 'The Way I See It' 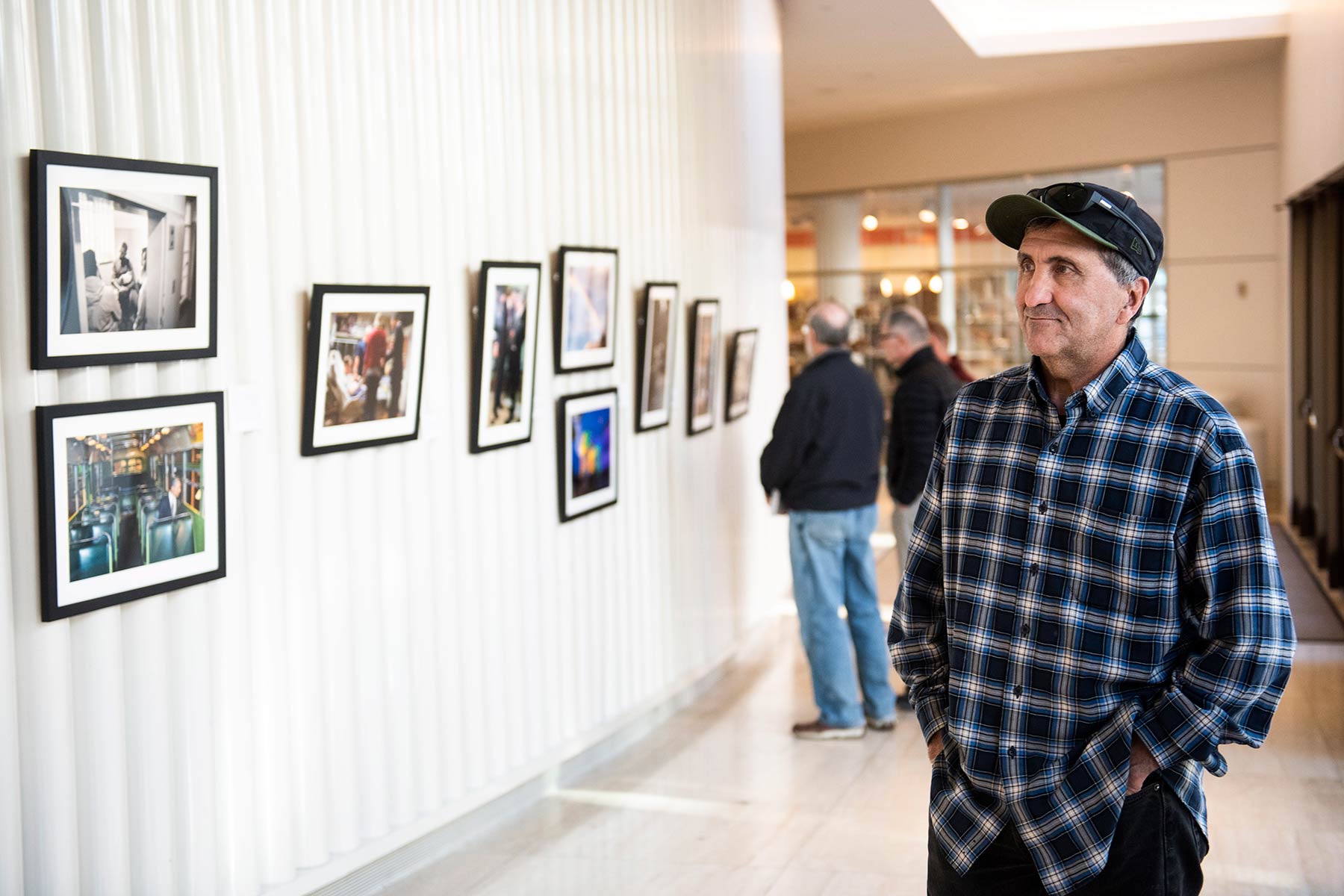 One of the more unlikely Instagram stars of our “Trump Show” era (with 2.3 million followers and counting), Pete Souza is likewise a surprising choice to star in a documentary. (Which of course is one reason Documentary has chosen Souza as our September Doc Star of the Month.) Having arguably spent more time around the Oval Office than any US president, the Chief Official White House Photographer to President Barack Obama (from 2009-2017) and White House Photographer to President Ronald Reagan before that (from 1983-1989), Souza now allows the spotlight to be turned on himself in Dawn Porter’s The Way I See It.

The TIFF 2020-debuting doc also stars a treasure trove of Souza’s images—historic and intimate, often both—and includes interviews with political thinkers such as presidential scholar Doris Kearns Goodwin, placing Souza’s biographical art within a greater context. In addition, Porter weaves in contemporary footage of the quite private Souza at home, and on tour during his pre-pandemic speaking engagements, centered around his books (2017’s Obama: An Intimate Portrait and 2018’s Shade: A Tale of Two Presidents, which mischievously curates Obama photos alongside Trump’s tweets).

A few days prior to The Way I See It’s limited release on September 18 through Focus Features (to be followed by an October 16th broadcast on MSNBC), Documentary caught up with Souza—who first encountered the young Senator Obama during his near-decade working as a DC-based photographer for The Chicago Tribune—to find out how he found himself in front of the lens and what it’s like shifting from the halls of power to war zones and back. (Not to mention what this fan of 2017’s The Reagan Show got utterly wrong about our first celebrity-in-chief.)

DOCUMENTARY: So how did this project come about? Had you known Dawn Porter and her team before?

PETE SOUZA: Brandi Carlile’s former co-manager Patrick Jordan contacted me two years ago. One of his friends, [producer] Jayme Lemons, was interested in talking to me about a potential project. A few months later I met her and [producer] Evan Hayes; they came to one of my presentations in LA. They then broached the subject of possibly producing a doc film.

D: As someone so accustomed to being behind the lens, did it feel awkward to find yourself the focus of someone else’s lens? What was off-limits to the camera?

PS: Yes, definitely. As far as filming me, I just asked to not film the outside of my house. We didn’t delve too much into my family life as it wasn’t really relevant to the purpose of the film.

D: Your first White House job was photographing our original reality TV president, Ronald Reagan—who often had his own film crews shooting around the clock. So did you ever have to navigate around other cameras while documenting Reagan? Were there specific lessons you learned with regards to obtaining intimate access to a figure for whom playing to the camera is second nature?

PS: I disagree with your premise entirely. There were definitely not film crews shooting him around the clock; I’m not sure why you think that. If anything, there was so much more limited press coverage of Reagan than President Obama, for sure. And when there was press coverage, it was very stage-crafted.

The way I approached the job—both for Reagan and Obama—was to not have them “play” to the camera at all. My approach was to just hang out and be as much a fly on the wall as possible, to make moments while they were doing whatever they were doing. There were a few times, as the film shows, where this wasn’t always the case.

D: Though you’re famous for being a White House photographer for two administrations, you’ve also had a storied career as a freelancer who’s shot around the world, including in Afghanistan after 9/11. So are there similarities in your approach to the work even in such disparate environments? Or are these separate careers that you’ve had?

PS: The way I photograph didn’t change, per se, whether I was working for a newspaper, freelancing for National Geographic, or being at the White House. I think I’ve grown as a photographer because of all the different situations I’ve been in.

D: You’re obviously a vocal critic of the current occupant of the White House, who eschews an official photographer in favor of an inside-the-id Twitter feed. So how do you view the future of White House photographers post-Trump? Will technology eventually render the profession obsolete?

PS: First, your premise is incorrect about “eschews an official photographer.” In fact, the current White House photo office has posted more than twice as many photos on Flickr in less than one term than we did in the entire two terms.

Now I would also add that most of those are from events or the “reality show,” and don’t give much of a sense of what’s happening behind the scenes. One thing I plan to do if Joe Biden is elected will be to reach out to both whoever his photographer is and also the president-elect, to remind them that the job should be about documenting for history. And to make sure that whoever is in this position is given access to create a visual archive of behind-the-scenes photographs. Technology will definitely not ever render the profession obsolete.

Tags:
Doc Star of the Month
Docs about Politics

END_OF_DOCUMENT_TOKEN_TO_BE_REPLACED

The Long Trail: 'By the People' Follows Obama to the White House