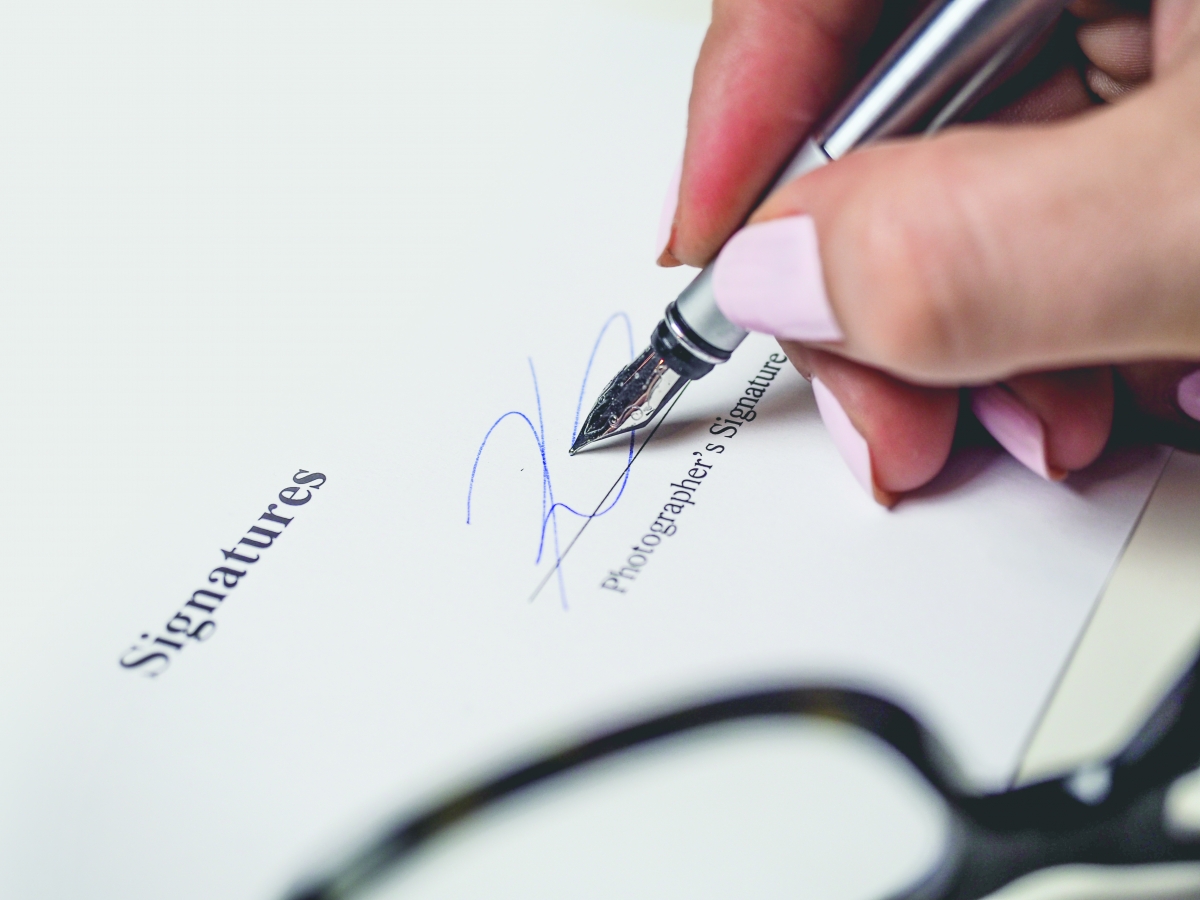 Archive agreements have much in common with every other legally-binding license. They must identify the subject matter—the clip, image or other material being licensed—and the details of the license, such as term, territory, cost and, if applicable, exclusivity. These agreements are subject to negotiation, but only to the degree allowed by the party with greater leverage (which, in the case of archive licenses, is usually the archive). They will contain a set of rights and obligations for both parties, the full meaning of which may not always be obvious at first glance. Like all legal documents, they deserve a close reading and should be fully understood before signing.

How Should Cost Considerations Be Addressed When Negotiating Archive Licenses?

In a negotiation with an archive, several key deal terms have a bearing on price, such as those that establish the scope of the licensed use. Starting with the obvious, worldwide rights usually cost more than domestic rights, and rights in multiple media (theatrical films, television, home video) generally cost more than rights limited to a single medium. A producer should not pay for a larger scope of rights than he or she needs, but should be sure to obtain whatever rights a distributor or exhibitor will require. Balancing archive costs with distribution needs can be nettlesome, however, as illustrated by the ramifications of a very basic deal term: the duration of the license.

Those on a modest budget may be tempted in the first instance to accept a limited license term in which to exploit the licensed material. While a short-term license will reduce the initial cost, the marketplace favors long-term licenses. Distributors routinely insist on license terms that can extend to 20 years, and producers generally must represent and warrant that they have the rights to exploit all elements of a documentary’s content for the term covered by distribution agreements. (The errors-and-omissions insurance carrier will ask for similar affirmation that the term of licenses of material contained in the film covers the distribution period.) For this statement to be true and accurate at the time the distribution agreement is executed, the producer must license archive material at least for the period required by that agreement, including the overhang period of potential sub-licenses.

Also, a license of archive material for an initially short period by a producer who intends to extend the term later carries other risks. At the later date, the archive house may not be willing or able to extend the license. In that instance, the producer must scramble to find, license and substitute a replacement on short notice—an exercise that is not only harrowing but also can result in higher cost than an initial full-length license. And no producer with a reputation to uphold will want to tell a distributor with outstanding sub-licenses that a license to archival material has expired.

Pricing of archive licenses may also depend on the perceived value of the licensed material. When it is one-of-a-kind, as opposed to something generic, its inclusion is expected to enhance the value of a documentary in the distribution marketplace, and that value will be reflected in the license fee.

An exclusive license of archival material costs substantially more. It runs against the grain of what archives like to do—make as many licenses as they can—and in any event, archives rarely grant an exclusive license for unique materials for more than a limited period. Alternatively, a producer might obtain a holdback that bars the archive from granting a license to competitors for a limited time. Producers on a tight budget, however, might not be able to afford either exclusivity or a holdback.

What Hidden Obligations Do Some Archive Licenses Impose That Producers May Not Want To Accept?

For budgeting purposes, a producer should understand all of the fees and other costs that may be owed not only to an archive but also to third parties. But some archive licenses suffer from a blank-check problem: the total cost of the license may far exceed the fee specified in the archive’s contract.

For example, archives may require producers to pay residuals, re-use fees and other compensation required by applicable unions and guilds (e.g., WGA, SAG-AFTRA or DGA), or that may be owed under agreements with individuals who rendered services on the licensed material. The issue is complicated by the fact that archives often do not know if these residuals and other payments are triggered by a particular use, or if any of the individuals rendering services on the material were members of a union or guild, or if they were hired under agreements entitling them to payments for use of licensed clips.

To cover themselves, archives simply require that payments to third parties—whatever they may be—will be the obligation of the licensing producer and not the archive. Also, many archive licenses do not include a grant of rights in music or other third-party material (such as artwork or third-party footage) that may be contained in a licensed clip. Producers are expected to license separately third-party works that are present in the licensed material.

Producers should ask about potential obligations to third parties and either ensure that they will not be obligated to make further payments or find other material to use instead.

Are There Other Good Reasons To Read Licenses Carefully?

By Jake Levy and Neil Rosini

Here are some examples showing why licenses must be read and understood.

Not all archive agreements are licenses. The Vanderbilt Television News Archive is a collection of television news broadcasts dating back to 1968. The Vanderbilt Archive functions as a library making loans of material on DVDs that must be returned to Vanderbilt University. The Vanderbilt Archive specifically does not license the material that it loans; making copies or using the material in a production must comply with copyright laws (including by being defensible as fair use, if applicable). For this reason, producers must be careful not to confuse receipt of a DVD from the Vanderbilt Archive with a license. And just as with a local library branch, late fees are charged if DVDs are not timely returned.

Creative Commons (“CC”) licenses require particular scrutiny because they do not always cover “commercial uses,” including Attribution Non-Commercial (BY-NC) and Attribution Non-Commercial NoDerivs (BY-NC-ND) licenses. As a producer finds it in the human-readable summary, this exclusion may seem irrelevant; an independent documentary usually isn’t being shown with ads or aiming at a mass market. But as CC warns, the human-readable summary is “not a substitute” for the long-form license. There, non-commercial is defined as "not primarily intended for or directed towards commercial advantage or monetary compensation." (click here for information relating to the Attribution-NonCommercial 4.0 International CC license.) Most producers are not nonprofits and hope to earn a living—perhaps even achieve a substantial revenue stream. CC advises producers "who are uncertain of whether their use is noncommercial should find a work to use that does unambiguously allow commercial use (e.g., licensed under CC BY, CC BY-SA, or in the public domain) or ask the licensor for specific permission." (For more information, click here.)

And what does "NoDerivs" mean in the BY-NC-ND license? It means that only uses in "Collections" are permitted in which each composite work is "included in its entirety in unmodified form along with one or more other contributions…assembled into a collective whole." That rules out the use of clips and most every other use except an assemblage of items, like an anthology, with each presented unabridged. (For more information, click here.)

The Prelinger Archives allow free access to many (but not all) films in their collection on the Internet Archive site. Those films are believed to lie in the public domain, but the rights come with no warranties or indemnities (called a "quitclaim"), leaving open the possibility of a third-party infringement claim with no backup from Prelinger. Many of the Prelinger clips, however, are made available at Getty Images, where a fee must be paid, but an indemnity against claims for copyright infringement comes with the license (and probably a higher-res copy, too).

What Is The Connection Between Obtaining Archive Licenses and Fair Use?

Generally, using someone else's copyrighted work in a film requires either a fair use defense, which obviates both permission and payment, or a license. We plan to address fair use in a future column, but suffice it to say that as an escape from the normal constraints of copyright protection, fair use is available in limited circumstances and subject to tight constraints of its own. Uses usually must be relatively small and are best framed in contexts of comment and criticism. Acquiring rights from an archive that stands behind what it licenses eliminates the risk of relying on fair use.

Can investigating acquisition of a clip or other material by contacting an archive jeopardize a fair use defense? Yes, it can. For one thing, it eliminates any hope of flying under the archive’s radar, which is not to say that an eminently defensible fair use loses legal protection just because a producer asked an archive for a price. But practically speaking, the archive will be placed on notice about a producer's use that otherwise may have gone unnoticed. If the use is not eminently defensible, the archive might be more likely to make a claim than if the producer hadn’t made it aware of the use. Furthermore, fair use is an "equitable doctrine" that requires fair play. For example, should a producer use an archive's research services to find a clip and then, benefiting from that research for which the producer has not paid, access the material from a different source, that may be labeled unfair and eliminate a fair use defense, which would otherwise apply.

Another risk is presented by licensing material from an archive while including on a fair use basis in the same documentary other material represented by the same archive. Some archives condition their licenses on a promise that none of the other material in their inventory will appear in the same film without a license—which would nullify fair use. This restriction may lie embedded in text that seems self-evident, such as, "Licensee shall have no rights to use any Archive material, whether or not included in the licensed material, unless specifically permitted by the Archive." Archives sometimes will strike out this condition, however, when asked.