'Eyes on the Prize': Episode 6: Bridge to Freedom' 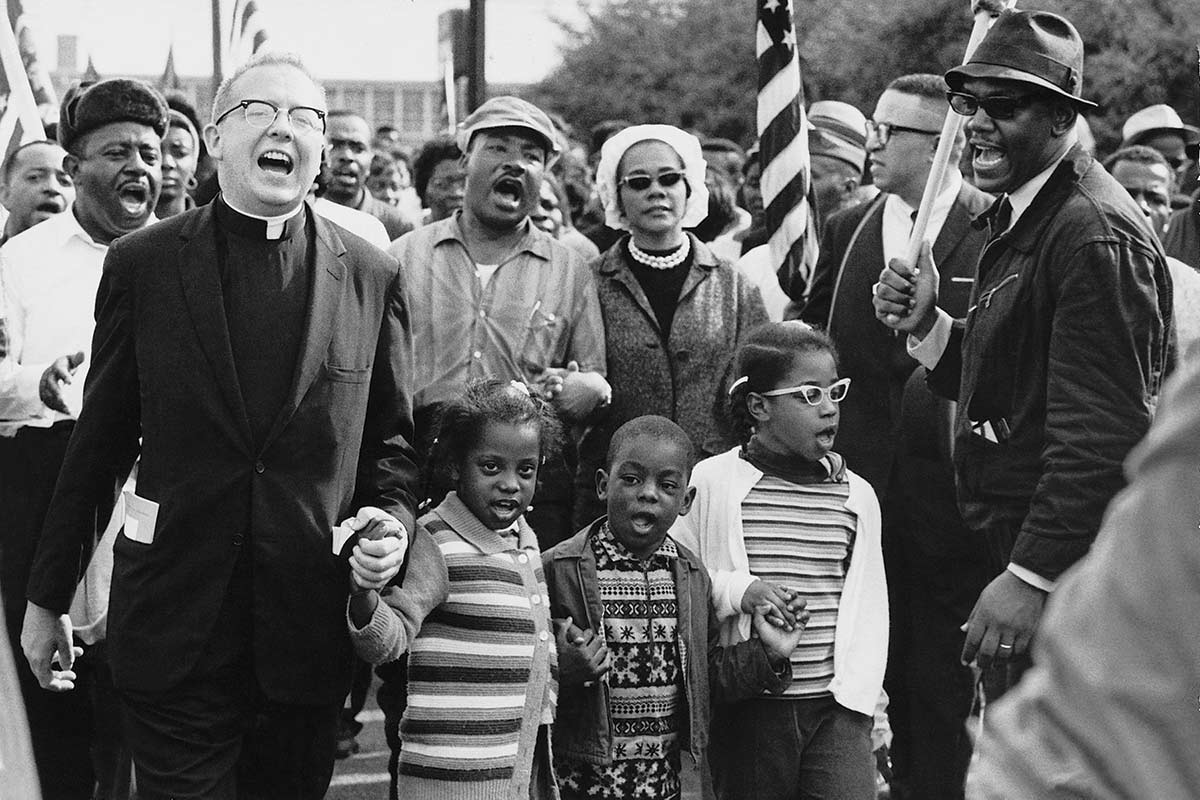 I never intended to become a documentary filmmaker in 1986 when I accepted the receptionist position at a science-focused production company. A year later, by chance, I began watching Eyes on the Prize: America’s Civil Rights Years, 1954–1965 (Exec. Prod.: Henry Hampton/Blackside) when it premiered on PBS. It is difficult to describe the intense emotions that coursed through me as I watched the series, but the experience changed me, an African American woman who grew up in the United States during the 1960s and 1970s. Unlike students today, most people my age didn’t learn about “The Civil Rights Movement” because the mid-20th century version was underway during our youth and adolescence. The Eyes filmmakers had taken the images I’d seen on nightly news broadcasts as a kid and crafted compelling stories of Black resistance to injustice.

On February 25, 1987, I heard narrator Julian Bond set up “Bridge to Freedom,” (Directors: Callie Crossley and James A. DeVinney) the sixth and final episode in the series: “Years of struggle came down to this climactic battle for voting rights. Before it ended, Black and white Americans gave their lives, but would that be enough?” Then, animated marching feet morphed into lines of people that transitioned into an American flag in time with the refrain, “I know the one thing we did right was the day we started to fight/Keep your eyes on the prize, hold on/Hold on...” And with great anticipation, I settled in to watch.

“Bridge to Freedom” is set in Selma, Alabama in 1965, with the city's Black residents protesting for the right to vote. The Student Nonviolent Coordinating Committee, staffed and run by young people including John Lewis, Julian Bond and Fannie Lou Hamer and the Southern Christian Leadership Conference, the organization led by Martin Luther King Jr., supported the residents’ efforts. The episode delves into tensions between the two groups while delivering a main storyline focused on a march from Selma to Montgomery in memory of a Black veteran slain by state troopers. In what is now world-famous footage of the Alabama State Troopers beating and tear-gassing the marchers, including a much-battered Lewis, the violent response to unarmed protestors emboldened people from across the country to join the marchers.

The documentary rises to the climactic moment when finally, after a variety of setbacks, more tragedy and political intrigue, the marchers triumphantly across the Edmund Pettus Bridge. The filmmakers mixed the words of King’s subsequent address with gospel song, “We’re Marching on to Freedom Land,” over footage of beaming marchers crossing the bridge, shots of cheering onlookers and aerial views of the long stream of participants. It was such an emotional victory that I wept, and within that moment, I realized that the dramatic film I wanted to make about Lorraine Hansberry could be a documentary, and to learn how to tell a compelling story about the African American experience like “Bridge to Freedom,” I needed to get a job at Blackside, the production company founded by Henry Hampton, which produced the series. Four and a half years later I succeeded. At Blackside, I gained the training and support to begin chasing my dreams.

Tracy Heather Strain is a Connecticut-based documentary filmmaker whose most recent film is the award-winning Sighted Eyes/Feeling Heart, the first feature film about Lorraine Hansberry. Co-founder of The Film Posse, Strain also serves as a Professor of the Practice at Wesleyan University where she co-directs the Wesleyan Documentary Project.