Jeremiah Zagar's 'In a Dream' 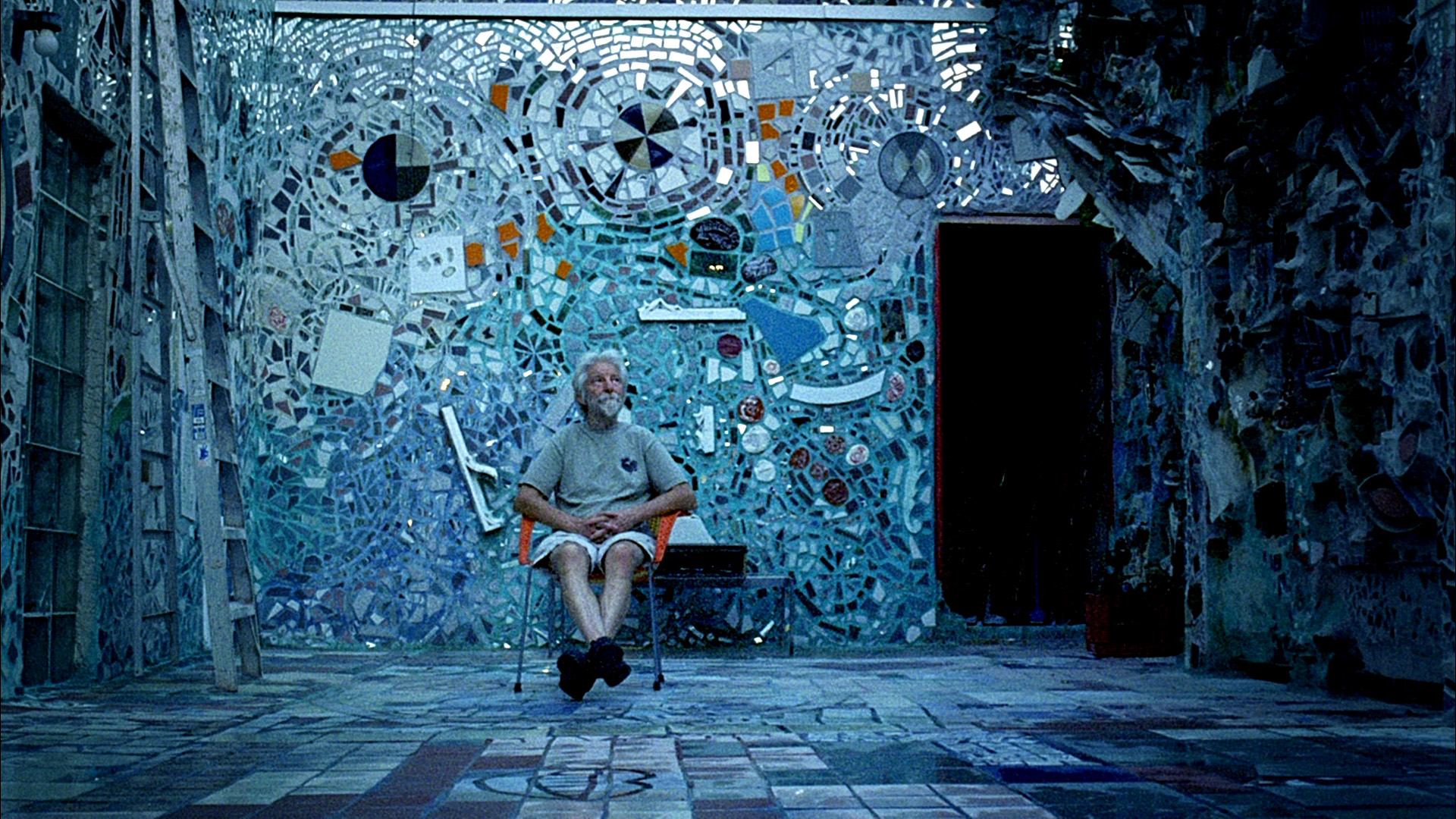 In a Dream is one of few films I’ve returned to watch again and again. The story centers around Philadelphia-based artist Isaiah Zagar and his relationship with his family over the years.

When Isaiah’s son Jeremiah comes home to document his father at the request of Jeremiah’s mother, Julia, we are introduced to Isaiah through his stunning and reflective sketches, paintings and mosaics, which are plastered on the sides of Philly buildings, spanning whole blocks. Even more elaborate and breathtaking is the artwork inside their household; it covers every inch of wall and ceiling.

We soon realize what Isaiah has been creating over the years is actually his diaristic representations about the people and events most important to him throughout his life: Julia, Jeremiah and Jeremiah’s older brother, Ezekial. It is an artist’s version of a family scrapbook. We see colorful representations of a young couple in love, and then an older couple with a child and then the children growing, all captured on wide-angle Steadicam shots that float through the hallways and rooms of their family home. We feel like Isaiah is unveiling his family photos from his wallet for us.

The first instance of conflict occurs when Isaiah discloses that he was sexually abused when he was a child. I remember feeling the weight of this not just because of how he shares his experience as a poetic metaphor but because, he tells the filmmaker, he wants to understand the past. We are reminded that this is a father telling his son something deeply private on camera. At this point, In a Dream might become what some people call a personal film. Yet there are no diaristic filmmaker voiceovers, nor much time spent on self-reflection; in fact we sometimes forget that the filmmaker has any relation to the characters at all.

What Jeremiah does with his familial access is humbling. We get glimpses of tough family moments: divorce, nervous breakdown, addiction. During the low point of the story, Isaiah tells his son that he’s caught a lot on his camera, but it’s okay.

It feels so rewarding as an audience member to have documentary participants give permission to being filmed within the film itself because, beyond revealing the power dynamics at play, every instance of consent has different motivations. For Isaiah, Julia and Ezekiel, they open themselves up to Jeremiah because they love him and they believe that, more important than burying family secrets, there is the possibility of understanding them.

The fact that everybody in the family wants the same thing—to love one another and make their family whole again—makes the film itself an attempt to achieve their goal. It’s as if the labor of constructing the film is itself an act of love.

Audiences can sometimes feel filmmaker motivations just like they can feel character motivations. One can watch a film and sometimes feel that the filmmaker is acting out on their grief, anger, resentment and pain. Other times we can feel them motivated by cheekiness, adoration, wonder and love. I thank Jeremiah’s family, but especially Jeremiah, for a film that works through so much pain, motivated by so much love.

Bing Liu is a Chicago-based filmmaker best known for directing the 2018 Oscar-nominated and Emmy-nominated documentary Minding the Gap and his work on the series America to Me.

END_OF_DOCUMENT_TOKEN_TO_BE_REPLACED

Every Picture Tells a Story: Jeremiah Zagar Revisits 'The Trials of Pamela Smart'