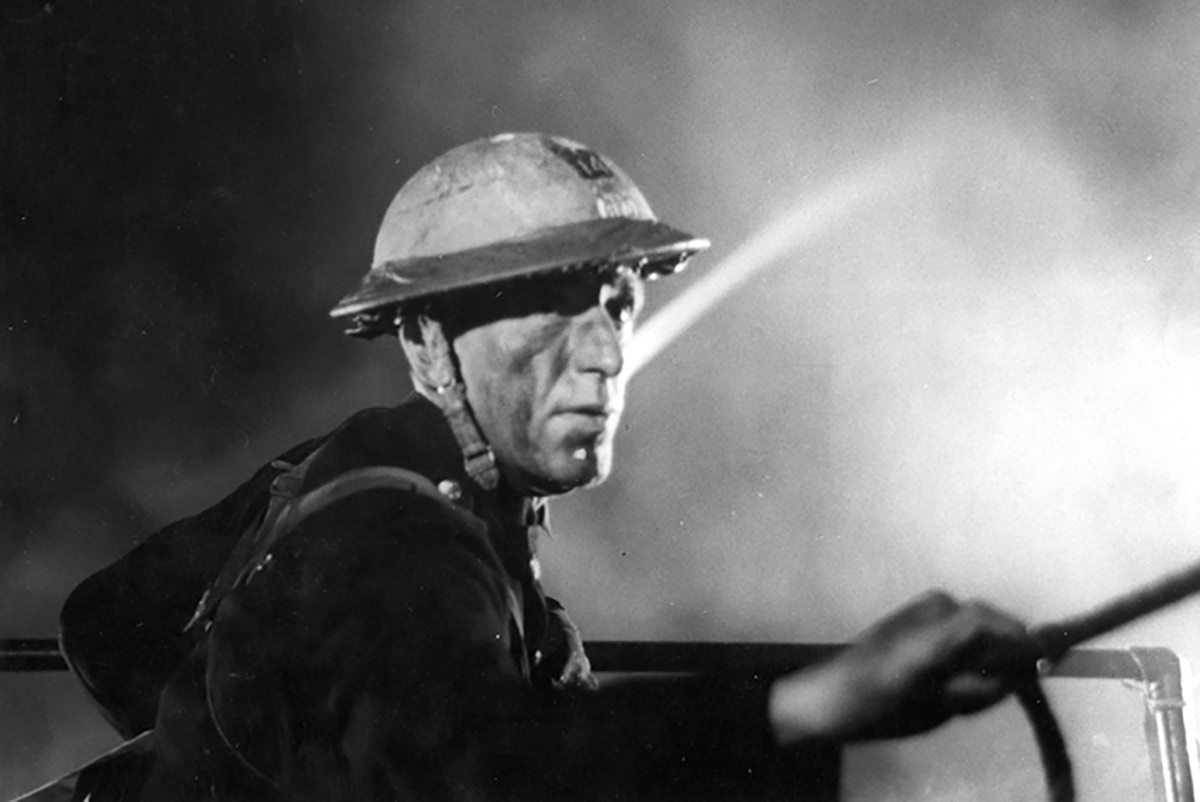 From cover to cover, Say What Happened: A Story of Documentaries is, just like its author, Nick Fraser, a class act. Fraser is a formidable presence in the international documentary scene, with over 20 years as a top commissioning television editor. He created the BBC documentary strand Storyville in 1997 (its precursor on BBC, Fine Cut, was produced by André Singer), and oversaw it until 2016, when he left to found the streaming company now known as Docsville. In 2017 he suffered blood clots to the brain while giving a lecture and screening the film The English Surgeon, about the British neurologist Henry Marsh. Remarkably, Fraser was speaking about the impact of brain injuries when the stroke occured. He reports seeing images from that film as he lost the ability to focus and speak. The stroke left Fraser with, as he wrote in The Guardian, "expressive and receptive aphasia, which meant I had been left with communication issues."

A first draft of Say What Happened was already in hand, and Fraser, with the help of his wife, finished it during his recovery. My guess is that the book is revised from that first draft—not in terms of the facts, but because the authorial voice energetically flashing through its pages is empathetic and generous in a way that was not always evident in the Nick Fraser I encountered over the years. Mr. Fraser, as always, is erudite and eloquent. Reading Say What Happened is a serious and sobering, but also a delightful and humorous, look into documentary’s messy past, present and future. In that spirit, my piece is not as much a book review—although it deserves a reviewer's highest commendation—as it is a reflection on the fascinating observations and questions that Fraser presents. This essay is also my reactions to key ideas that Fraser explores, ideas that continue to fascinate me, as I move through a fourth decade in the documentary world.

Say What Happened is, as the spot-varnished cover states, a story of documentaries. It is neither history nor theory nor guidebook. As Fraser writes in his introduction, "[It] isn’t in any way a definitive book about documentary. Nor is it an academic text." Thank goodness for that, since far too many esoteric, rarely read tomes on the subject are published each year. Rather, this is an extremely readable and individual account of why the hundreds of films that passed through Fraser's hands came to be made or acquired and seen, and more importantly, how these relate to larger issues in our world.

It is also the story of the many remarkable documentary makers in Fraser’s orbit. Say What Happened is dedicated to "All the filmmakers with whom I’ve worked." These include Mark Cousins, Alex Gibney, Nick Broomfield, Marshall Curry, Eugene Jarecki, Werner Herzog, Kim Longinotto, Andre Singer, Chris Hegedus and DA Pennebaker. Filmmakers outside the European/American tradition are also deservedly discussed: Weijun Chen, Ari Fulman, Zhao Liang, Kyoko Miyake, Thet Sambath and more are credited as Fraser recounts his own discoveries in working with people from around the world. There are many players here—some famous, others less well known, and some all but obscured by historical neglect, but all seeking serious, honorable filmmaking.

Say What Happened discusses films as products as well as art, and producers/directors as entrepreneurs as well as creators, but its greatest insights are the thoughtful connections that Fraser makes among film history, the evolution of audiences and equipment, changes in governments’ policies, distribution venues, arts and literature, and the larger purposes of documentary. His analysis of Humphrey Jennings' 20-minute masterwork Listen to Britain (1942) is meaningful 80 years after the film was released. This sound-and-image montage captures Britain during the Blitz, and with credit to another Jennings champion, Lindsay Anderson, Frazer explains why Jennings' films were about war, yet almost never seemed warlike, and why, "You can watch these films again and again, while seeing fresh connections."  He compares Listen to Britain to an Orwell essay, and identifies its portrayal of The National Health Service as a modest plug for British socialism.

Although not directly offered as a comparison, Fraser's comments on Joshua Oppenheimer's The Act of Killing (2012) echo my own distrust and extreme dislike of the work and validate Jennings' effectively oblique approach. The Act of Killing is a film about war that not only recreates the violence of war, but brutally subjects individuals to reliving the horrors of their war. Fraser quotes The Columbia Journalism Review, which praised the film for bypassing the good vs. bad conventions of journalism to allow people to form their own conclusions in "a messy moral universe." To counter this, Fraser remembers the words of BBC Director-General Hugh Green: "There are subjects in relation to which the sense of neutrality isn't relevant, and may indeed be culpable." To his great credit, Fraser then evaluates Oppenheimer's next work, The Look of Silence (2014), which Fraser finds to be a more factual account of the same massacre. His conclusion states one of the most important challenges of our media current world: "Does this mean that nowadays films have to shout louder to get a hearing, that their impact-inducing characteristics, the way that they can be covered with hyperbole, counts more than what they say?"

Humphrey Jennings (the Perse School and Oxford)), Lindsay Anderson (Cheltenham College and Oxford) and Fraser (Eton) all came to cinema with upper-crust educations that granted them the advantage of seeing the potential in documentary to stimulate social change and place it within the historical context of literature and art. It was from such "Oxbridge"-type men that John Grierson recruited and trained his filmmakers, and documentary even today retains shadows of Griersonianism. As Fraser puts it, "Every paragraph that [Grierson] wrote carried the same message. Documentary, as he called it, is good for you because it is good for society." Having occasionally fancied myself as "The Last Griersonian," it is a delight to see his words repeated in this excellent new book, even as Fraser rightly characterizes Grierson as "Half-apparatchik, half-entrepreneur." I do not wholly take these words as insult, nor do I think Fraser means them to be, since anyone working in academe, or the BBC, or documentary-making has on occasion been both.

Fraser's concise analysis of cinema vérité/direct cinema in both France and America is, I believe, the most accurate yet written. Recognizing the brilliant filmmaking of Pennebaker, the Maysles Brothers, Fred Wiseman and some who followed, Fraser makes clear the role of Robert Drew in pulling it all together. Fraser's understanding of what it means to be a good journalist, truly searching for truth as it evolves in the everyday, seems to be the same understanding that moved Drew to force "film truth" onto American television. Even with the decades I spent shepherding the Drew Archive, and my loving friendship with Anne and Bob Drew, I never quite "got that." Bob disliked my account of his career in the book I wrote, and that caused a small, disappointing rift. Our quibble was fully resolved when the vérité gang gathered to remember Ricky Leacock at Lincoln Center. Among the tears and laughter, Bob eulogized Ricky as "the bravest man I ever knew." Ricky, Bob, Al and Penny were each brave in their own ways. To have Fraser write of Al’s astonishing camerawork following JFK through the crowd in Primary as, "One of the most famous shots in the history of documentaries," I think pleases the guys as they sit arguing in the great screening room in the sky.

Fraser comments as acutely on contemporary documentary as he does on past docs. He has been a constant and commanding presence at festivals, pitch sessions and markets for many years. His first-hand take on documentarians as "a disorderly bunch, raucous and united in their passions, and above all, not affluent," is contrasted with E.M. Forster's vision of genteel authors sitting in a museum conversing about literature. As Fraser observes, "I see makers of docs at a party where the booze is free and not always very good, shouting at each other over the din. To an outsider their lives look scrappy, overenthusiastic, but also enviable." He perhaps misses only the fact that people (including him) are clad almost totally in black, wearing flat, practical shoes.

Readers who begin this book looking for a clue about how to pitch or fund, shoot or edit their own film will not find that. They will, instead, be transported to the larger historical and epistemological documentary universe so ably navigated by Fraser. After reading Say What Happened, one should screen, in order, each of the 100 pictures Fraser lists as a sort of appendix. The list begins, appropriately where we should all begin, with Frances and Robert Flaherty's Nanook of the North (1922), and it ends with Peter Jackson's They Shall Not Grow Old (2018). It may be Fraser's ironic intention to show that these two films contain very early footage exemplifying what I see as two major strands of documentary—poetry and reportage. That those two strands are as valid now as they have ever been. Or it may be simply that he admires these two works. In either case, Nick Fraser's opinions about documentaries have been sought by many people for many years, and we are most fortunate that he has allowed us to ponder some of them here.

Betsy A. McLane is the author of A New History of Documentary Film and is Director Emeritus of IDA.

END_OF_DOCUMENT_TOKEN_TO_BE_REPLACED

Continuing the Documentary Idea: From Flaherty to 'Fahrenheit 9/11,' Vertov to Verite

Textbook Example: A History of Docs in 31 Essays