The Tyranny of Memory: 'The Films of Jay Rosenblatt, Volume I'

A few months ago, while flipping channels, I came across an intriguing documentary short that grabbed and held my attention. In a voiceover narrative, a man--the director, I assumed--recounted the very personal story of the death of his seven-year-old brother. The haunting memory of this experience was loosely organized around the Kübler-Ross model of the five stages of grief that accompanies loss: Denial, Anger, Bargaining, Depression and Acceptance, but expanded beyond those into an additional seven sections (i.e., Collapse, Sorrow, Communication).

Afterwards, I discovered that the film was Phantom Limb (2005), directed by Jay Rosenblatt. This disturbing short crossed the border of the personal into the frontier of the collective--a lesson in life's impermanence through the pain of loss.

I wanted to see more of this documentarian's films. Released in 2009 and comprised of five shorts, The Films of Jay Rosenblatt, Volume I affords that opportunity.

Rosenblatt, an internationally recognized filmmaker and recipient of both a Guggenheim and Rockefeller Fellowship, has written, directed and edited more than 25 films since 1980. Originally from New York, Rosenblatt is based in San Francisco, where he has taught film and video production at local universities.

The fact that Rosenblatt has a degree in counseling psychology and worked as a therapist in a past life reverberates throughout his films, which are steeped in deep emotional and psychological complexities (and Freudian complexes). To this extent, as well as in his exploration of the male gender's childhood abuses (which, he intimates, account for later-life character flaws, if not tragedies), Rosenblatt's content and cinematic approach exhibits similarities to Canadian fantasist and filmmaker Guy Maddin. But, where a current of irony and playfulness--madness, even--runs through Maddin's work, aside from the occasional black humor, Rosenblatt's is dead serious. Still, the filmmakers work from a shared palette: a blend of archival footage and historical photos, "found footage" in the form of educational and industrial films from the '50s and '60s, home movies, scenes from Hollywood movies, black and white cinematography, montage, hallucinatory images, ominous music, shadows and mysterious figures, eerie re-enactments-all evoking, were it not for a sometimes excessive voiceover, the striking simplicity and poetic beauty of silent cinema. And, where Maddin fixates on his personal history, Rosenblatt entwines his own with the stretch marks of humanity.

There's something unspoken, menacing and foreboding about Rosenblatt's shorts. They took this reviewer back to the era of the 1950s and early '60s--the Cold War, when kids crouched under school desks purported to protect them from an atomic bomb blast. Rosenblatt's work probes a variety of metaphoric "scapes": Dreamscapes, landscapes, inner-lifescapes--and labyrinthine nightmares from which there's no escape. In his films, the viewer, too, suffers the filmmaker's tyranny of memory.

Restricted perfectly conveys the Judeo-Christian obsession with guilt, the tortuous push-pull of indecision and the dangers of entitlement--kind of a damned if you do, damned if you don't mentality. Over the course of 60 seconds, a montage of images flashes before our eyes, while the narrator repeatedly taunts us: "Take a chance. Don't do it! This is America. Do it!"

Short of Breath (1990; Golden Gate Award, San Francisco International Film Festival) visually captures much of what Betty Friedan exposed in The Feminine Mystique. The short stages an emotional intersection between a depressive, suicidal mother and the young son, secretly and fearfully observing her actions. He's unsure of their exact meaning but nonetheless blames himself for her unhappiness--even as the unhappiness, like a virus, contaminates his own psyche and future.

The Smell of Burning Ants (1994; First Prize, Locarno International Film Festival) juxtaposes images of the cruelty boys experience from adults during childhood ("boys don't cry") and then perpetuate by inflicting it on insects and small animals and, eventually, each other.

In King of the Jews (1998), Rosenblatt reveals his childhood fear of Jesus and his gradual awakening to the fact that, yes, Jesus was a Jew, but, no, the Jews didn't kill him. Although he cleverly uses images for cross-purposes (the Holocaust and KKK), the "revelation" that Western culture is built on lies seems meant to be more significant than it's portrayed here.

Human Remains (1998; Jury Award, Sundance Film Festival) illustrates the banality of evil by revealing intimate, if mundane, details of five reviled 20th century dictators. No need to mention their atrocities, but learning that Hitler "had only one testicle" and loved pornography; Mussolini attended séances and was "obsessed with bowler hats"; Franco spent most of his time watching TV and, in one year, shot 8,430 partridges; Mao rose at noon, did most of his work in bed and by the pool, and received enemas and daily hand-jobs from his bodyguard, adds a fascinating, if still sympathetic, dimension to their biographies.

Gaston Bachelard wrote, "One must always maintain one's connection to the past and yet ceaselessly pull away from it." Jay Rosenblatt's work succeeds on both counts.

The Films of Jay Rosenblatt, Volume I is available at www.jayrosenblattfilms.com.

Cathleen Rountree, PhD, is a culture journalist and film critic. She reviews films for BoxOffice, and is a contributing editor and columnist at Documentary. 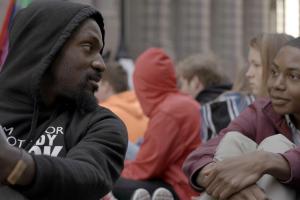 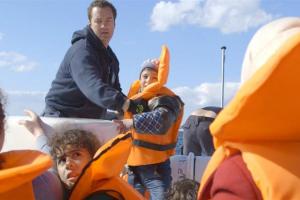 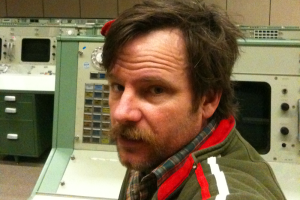 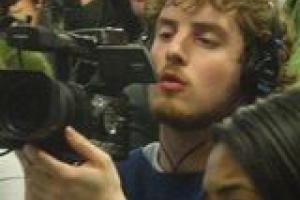 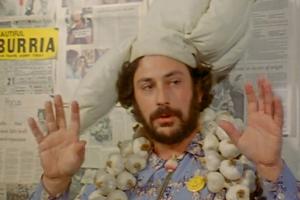 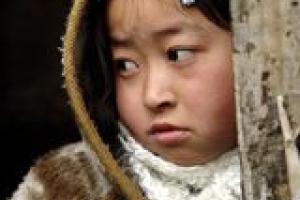