Friends with Monsters: Matters of Race in 'Black Sheep' 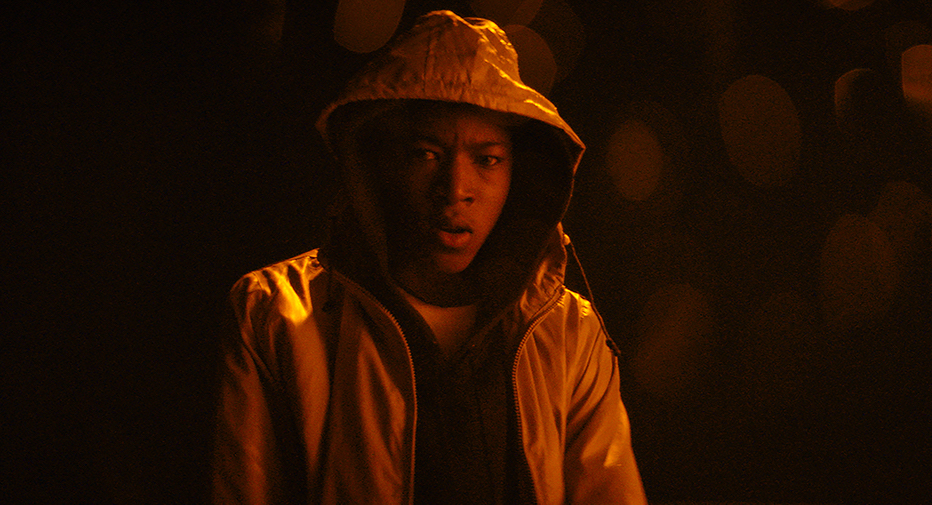 “I did whatever I needed to do to fit into a group of people who
hated the color of my skin… I wanted love. I wanted to feel love, so yeah, I just made friends with monsters.”
— Cornelius Walker

With politicians being outed for past ethnic slurs and cultural insensitivity, the topic of race is a volatile one, but that’s not exactly a news flash. There’s no shortage of drama where the clash between races is concerned, and when the volatility of adolescence gets added to the mix, well, violence is seldom in short supply.

But then from the other side of the Atlantic comes Black Sheep, a short documentary about Cornelius Walker, a young man of Nigerian and Sierra-Leonean descent, and before you can say “God Save the Queen,” you’re witnessing a rather unique spin on a youth’s search for identity as Cornelius recounts his journey into manhood while living in a mostly white rural area of Essex, England. 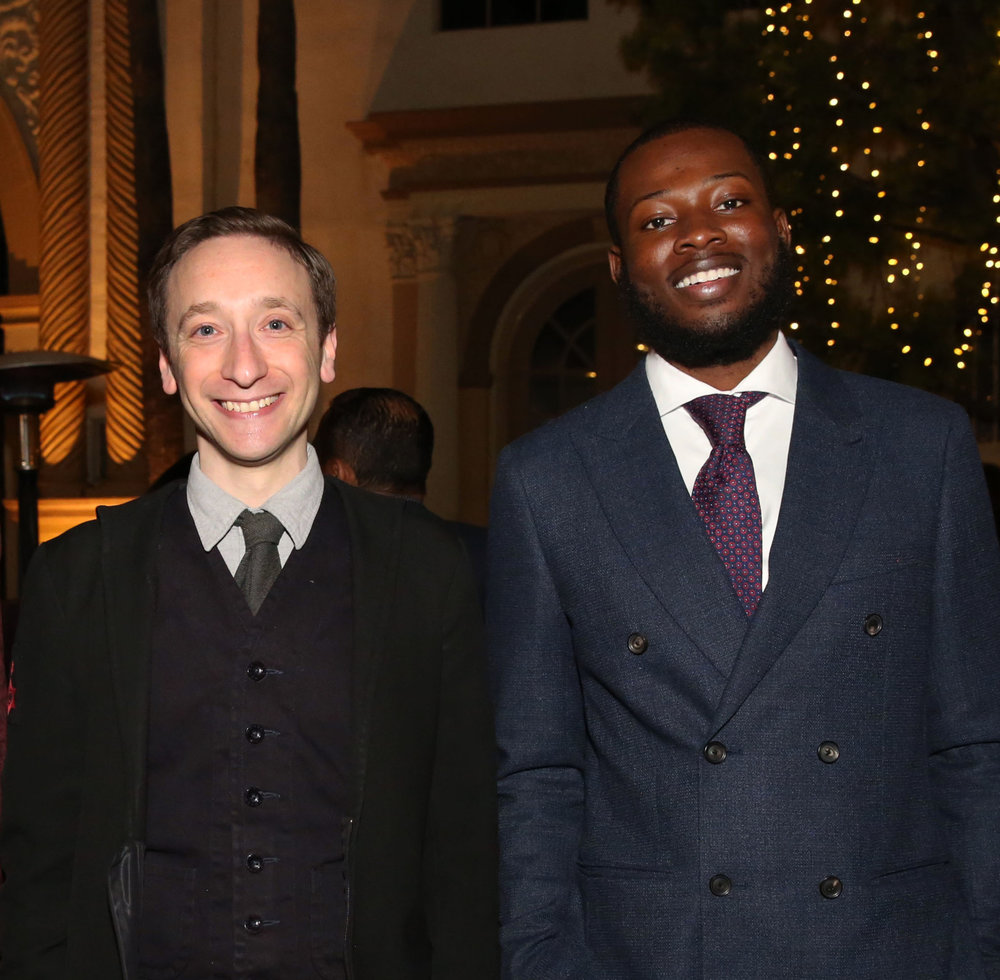 The Academy Award-nominated Black Sheep is a documentary that skews closely to memoir; we never exit the perspective of its narrator as he describes his family moving away from the city of Peckham after the murder of 10-year-old Damilola Taylor, who was stabbed with a broken bottle as he walked home from school. The irony of leaving an ethnically diverse city in search of a safer environment within a predominantly white rural community becomes painfully apparent as Cornelius describes the aftermath of his first fight with one of the white boys in his new neighborhood: “I never knew people of my skin color could get black eyes…”

Director Ed Perkins was originally introduced to Cornelius through a mutual friend. As he tells it, “We met for coffee and he was interested in getting into documentary himself as a filmmaker, so we talked a bit about that before I asked him about him and his life, and he started telling me his story, and I was just blown away; he’s an incredibly charismatic, open person, and I was just in awe of his ability to talk about complicated emotions and difficult decisions in a way that drew me in; I wanted to know more about him. And, you know, documentary filmmakers, we’re always looking for stories, so half the job is finding those stories that come to obsess you, the kind that you can’t put out of your head, that you can’t think of not trying to tell. And when I asked whether he would consider trying to work together to bring his story to the screen, thankfully, he said yes.

“I’d been making films with Simon and Jonathan Chinn at Lightbox for many years,” Perkins continues, “and we thought this project might be an interesting fit for The Guardian. So, we took it to Charlie Phillips [Head of Documentaries at The Guardian] very early on, before we shot a single frame, and said, ‘Look, there’s this incredible guy and he’s got an important story to tell, and this is how we’d like to bring it to life.’ And Charlie and The Guardian backed us; it’s been a really inspired collaboration with them and the team at Lightbox.”

As a documentary, Black Sheep is a bit of an aesthetic mash-up, one that is very conscious that its audience will have differing reactions to its content, and accordingly, the filmmakers allow the viewer time to reflect on Cornelius’s narrative. Taking poetic license, at times the doc portrays present-day Cornelius co-existing with his younger self, portrayed by actor Kai Francis, as they literally face one another across an open field; it is a moment that speaks to Cornelius’ quest for paternal guidance and love, one of several nuances to be discovered as the film toggles between interviews with its subject and recreations of his past.

Speaking to the meta-narrative that weaves through the piece—during the interview portion, Cornelius often breaks the fourth wall to directly address the viewer—Perkins explains the process of making the film: “We shot two days of interviews with him, and then we thought really hard about how to best bring his story to life—whether we should animate it or just leave it as an interview, or perhaps there was another way. So, we came up with this idea of recreating these moments from his life with real people in the actual places that the events happened. But we also wanted the audience to get to know Cornelius as fully and directly as I had during that first cup of coffee. It felt important to step aside. That’s one of the reasons why, stylistically, we have a lot of cut-to-black in the interview and jump cuts. We wanted to show our hand, to almost present the film like a sketch book. We didn’t want it to feel overly polished. We wanted to show the audiences where there was a cut, so they could get the most authentic and direct experience. And, although Cornelius is now doing amazing things with his life, it wasn’t an easy shoot for him: he was forced to confront some clearly difficult memories. There were times when he had to walk away from what we were doing because it was too painful, too close to how he remembered it, but when we talked afterwards, he said it was a good thing—we were bringing it to life in an authentic and truthful way, and I think he was very brave to go along with it.”

The film has enjoyed good word-of-mouth and success at various festivals, a fact that is probably apparent from its Academy Award nomination, but it has also met with some pushback. As Perkins points out, “At film festivals we’re often asked, ‘Why didn’t you put a card at the end of the film to bring the audience up to date with how Cornelius is doing now?’ And we had considered that, but we realized it was important to not give the viewers an easy way out. Most people who have endured what he has typically do not come out the other end as well as he has. By ending on a more unsettling note, we wanted to make sure that audiences took his story home with them; there are important issues that the film brings up and it’s important for us to confront and discuss them.”

Perkins learned his craft while making behind-the-scenes videos for such documentaries as Searching for Sugar Man, The Imposter and Project Nim. “That was my film school, really,” he confesses. “I got to spend time with these incredible directors and not only observe how they work, but ask them pointed questions: ‘Why did you decide to shoot it this way?’ Or, ‘How did you approach this particularly sensitive topic?’ It was an amazing time and I hope one day to be able to make films like that. That’s the goal.”

With the exception of the actor who portrays the younger Cornelius, everyone else seen in Black Sheep is a non-actor. “They’re the actual young men and women who live in that town,” Perkins explains. “We had a brilliant associate producer named Stewart Armstrong who really did an amazing job going out and meeting these young men and women and explaining Cornelius’ story to them, and he talked to them about why it was important to try to get involved. Stew and I have made films together before. He’s just brilliant with people, so I feel very lucky to have had him as a central member of the crew. And Michael Paleodimos, who shot the Oscar-winning short film Stutterer, was our DP; he did an absolutely exquisite job bringing this to life. We had a really amazing team. It was a hugely collaborative effort. We all really wanted to bring Cornelius’ story to life, and I think we’ve done that in a way that feels respectful and honest and right.”

Black Sheep will screen as part of IDA’s DocuDay, a daylong showcase of the Academy Award-nominated documentaries, taking place at the Writers Guild of America theater in Beverly Hills.

Tom Gianakopoulos is contributing editor at Documentary. In his spare time he teaches English and Communication at CBD College in Los Angeles and Screenwriting at New York Film Academy in Burbank.

END_OF_DOCUMENT_TOKEN_TO_BE_REPLACED

The Truth about Lies: 'The Imposter' Exposes a Con Man

Finding Footage in a Foreign Land