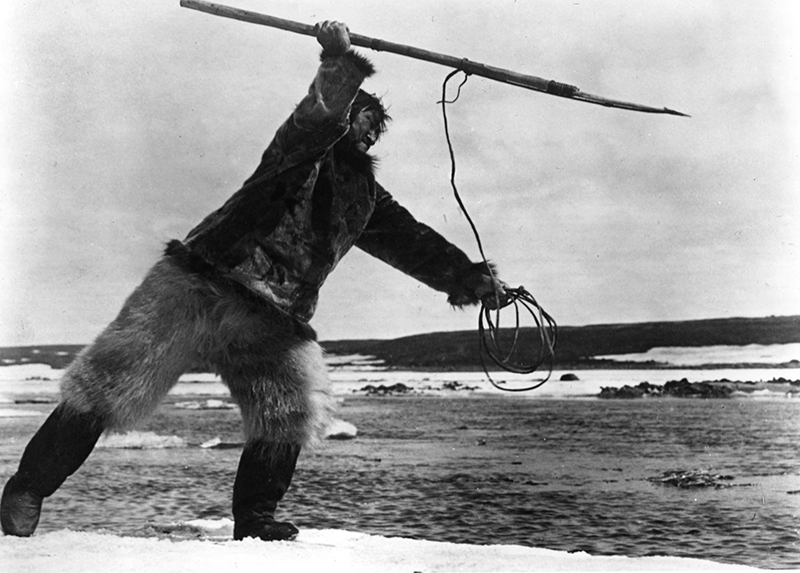 I teach film history to production students. Why do they come to class? It’s required, that's why. Otherwise they would be off experimenting with our equipment, sniffing out the best internships, auditioning actors and musicians, attending corporate mixers or toiling in the editing room.

At the outset of History of Documentary, I tell them about the time I came to my classroom to set up for our session on city symphonies, early constructivist documentary and Dziga Vertov’s Man with a Movie Camera. I noticed two of my Chinese students in discussion, and they seemed quite upset. I asked if there was anything I could help with. "Oh, no," said one. "We were just remembering how we used to talk in China, when we worked on the same boring biography TV series. Every episode was cut the same way. We used to fantasize about different ways we could tell the story. And now we discovered that somebody thought of everything we came up with, back in 1929!"

So, why reinvent a wheel, if you don’t have to?

When students come into my History of Documentary class, they explain how they aspire to make really good documentaries, like the kind they watch on PBS, HBO, CNN and ESPN. Not like that tedious stuff people used to make.

Then we go back to the days when nobody really knew what a documentary was—indeed, before documentary even had a name. We watch surrealists playing with the medium, photographers turning landscapes and cityscapes into visual poems in chiaroscuro. We watch a generation of artists fall in love with the rhythm of machinery, and trace the long tail of that artwork into the present. We watch others discover character in action, as filmmakers tell the intimate story of people making their lives in faraway places.

Once they get used to looking past old clothing fashions and the quirks of bad preservation, what they see is a ferment of experimentation. We consider why they used to be so convinced that the history of documentary is a steady drumbeat of aesthetic and technical progress toward…well, what? March of the Penguins? O.J.: Made in America? National Geographic’s Cat Wars? What accounts for that naïve conviction?

I blame educational video, myself. It’s not that they grew up watching old documentary. No, they were put in classrooms where they watched bad documentary. It was tedious, didactic and patronizing, and it worked well with other messages they got that adults were keeping the good stuff from them. At the edges of their world lurked far more lively fare, much of it relentlessly commercial broadcast in style—and by that I mean every second of the video was designed for peak attention under the supposition that you might just have tuned in and need to be lured to stay.

What they were missing is all the artistic experimentation in between two highly formatted kinds of products. They had never really had a chance to see the people who make the choices to tell stories in a particular way, to particular groups of people, about real people whose lives will be enormously impacted by the telling of these stories—for better or worse.

In my classes, they have a chance to meet amazing characters like Joris Ivens, the filmmaker-activist who never met a revolutionary fight he didn’t like. Like the endlessly inventive Richard Leacock, who trained under legendary filmmaker Robert Flaherty and went on to create both styles and technologies to tell intimate stories about people who you never imagined even existed. Like Jean Rouch, the extraordinary French humanist who learned how to make films with his African friends rather than about them, and who started a tradition of told-with documentary that can be seen in work by Amazonian Indians today. Like Barbara Kopple, the Academy Award-winning documentarian who uses her uncanny ability to gain intimate access to coal miners and rock stars alike. Like Noriaki Tsuchimoto, whose work with families cruelly afflicted with Minimata disease changed lives and health programs not only in Japan but around the world. Like Pirjo Honkasalo, the Finnish artist, actress, teacher and filmmaker who uses the same narrative insights in fiction and documentary. And so many more.

What every documentary maker has to think about, at some point, is what makes that form different from other forms of cinema. The easy answer—it’s about reality—starts to get complicated the second you pick up a camera. All art-making is a set of choices, and what we call reality is a set of shared conclusions about what is important to pay attention to in the mass of sensory information out there in the world.

But many working filmmakers mystify the issues, either ignoring the consequences of decisions made in the field, or quietly coming to a kind of cynical “way of the world” understanding. That’s sad to see. My students won’t make that mistake.

The history of documentary filmmakers’ struggles to find the best way to tell the most important stories about the things that matter to us all is also full of rich problems worthy of our consideration. Learning about them helps future filmmakers understand the deep ethical implications to what they do.

Robert Flaherty invented characters for his films by picking the most photogenic and agreeable candidates from the far-flung places he filmed, and then he made them into entertainment for urban audiences in the US. What's wrong with that? Is it that he made up Nanook’s name in Nanook of the North, or is it that he denied the colonization of the Inuit peoples—pretending that they were beyond the bounds of civilization when they were actually working for a major international trade in furs? Or is it possible that the little things and the big ones are related?

In Waiting for Superman, director Davis Guggenheim took footage from one moment in a child’s life and used it to represent a different moment. How bad is that? How does it affect our understanding of the film? And then compare that problem with this: Waiting for Superman is a film about the problems with public schools—the film targets unionized teachers as the problem—and the successes of private charter schools. According to an article in The New York Review of Books by education expert Diane Ravitch, the film ignores research on the problems with charter schools, its statistics are dubious, and it does not disclose that its backer, Participant Media, had at least members of its board of directors invested in charter schools. Which of these headaches is a simple problem of fact-checking, and which is a problem of framing, and which is a problem of bad faith?

As we see how pervasive the challenges of representation are, and how no aesthetic decision is divorced from ideological and economic ones, we also learn about the courage of directors who confront these challenges directly. David and Judith MacDougall worked their entire lives with people in cultures throughout the world, developing a sophisticated but accessible set of arguments about how to treat the people whose stories you tell. At Kartemquin Films, founder/artistic director Gordon Quinn talks about dignity, and always respecting your subjects. The Canadian Native filmmaker Alanis Obomsawin makes work with and for Native peoples in their struggle to claim and recover control of their land, working all the while within Canadian government agencies. Kirsten Johnson used her extraordinary body of work as a cinematographer to make a meditative film, Cameraperson, on the many relationships that work created.

Understanding that the past of a field isn’t an archive of outdated stuff, but a treasure house of experience you can learn from, is key for filmmakers to make the most of their opportunities. Documentary filmmaking rarely makes people rich. It does give you a chance to craft stories worth telling, about people worth knowing. Knowing their heritage lets my students take their place as the next generation.

Film studies, it turns out, is not a ruffle on the edge of a film production program. It’s the story of the field they’re training for.

END_OF_DOCUMENT_TOKEN_TO_BE_REPLACED

Krinsky at Sundance: 1/23 - Waiting for Superman