If it's possible to push a boundary any further after 40 films in a nearly 50-year career, Frederick Wiseman—a filmmaker with a ceaseless curiosity and a wide range of interests—has achieved that distinction with his 244-minute documentary At Berkeley. The film premieres January 13 on PBS' Independent Lens.

The filmmaker's particular affinity for institutions and the people who are invested in them are in full flower in the film, a wholly engrossing, immersive study of the importance of higher public education, as evidenced by the myriad day-to-day activities that his camera captures on the campus of the University of California at Berkeley.

Speaking by phone from Paris, Wiseman notes that while At Berkeley had more rushes than any other film he's directed, "It was fun to do." And if completing a film wasn't difficult enough, he adds, "It was complicated because I interrupted the editing of Crazy Horse to shoot Berkeley. Then, when Berkeley was over, I had to go back and finish Crazy Horse. Then I interrupted the editing of Berkeley to shoot National Gallery [his most recent film, now in post], so the editing got stretched out over a longer period of time."

In total, he spent 12 weeks on location, shooting 250 hours of material on a Sony 900HD. He worked with only two crew members, staged no events, used no artificial lighting and, when all was said and done, spent 14 months—spread out over two-and-a-half years—editing the footage.

Filmed during the Fall 2010 semester, At Berkeley posits the idea that declining government investment in affordable, public higher education will have a domino effect on a societal level. Berkeley is a salient choice for this examination. It's an educational powerhouse that over the course of 145 years has maintained both its rigorous standards and its commitment to a democratic academic philosophy. The university's ethnically, culturally and socio-economically diverse student body reflects the rapidly shifting demographics across the US.

As one professor lectures in the film, Berkeley was founded with "a sense of the future and an ideal that people should be able to study, even if they weren't elite, for the future of the State of California and its diverse population."

Wiseman, who chose Berkeley as his subject because of its national and international prominence, sees the university as "the real face of America." He also notes, "Approximately one-third of the student body is on scholarship. It's hard to get into.  It's open to people of all races, classes and ethnicities—and quite deliberately so."

It's a heady, utopian notion, but Wiseman unknowingly arrived to film as the university entered a maelstrom. The State of California and all its public institutions were in financial free fall. Over the past decade, Berkeley's state funding had dropped from roughly 45 percent of its operating budget to its current level of 12 percent. "As I found out about the budget crisis, it became an important element of the film," Wiseman says. "But I hadn't followed that or known much about it before I went there."

To gain what appears to be an all-access pass to meetings and classes, Wiseman had the approval of the university's then chancellor, Robert Birgeneau, an affable Canadian physicist who in the film seems uniquely suited to steer the ship during the fiscal storm. The process was a rapid one. Wiseman wrote a letter and Birgeneau responded immediately. A lunch meeting ensued shortly afterward that included provost George Breslauer, another solid presence in the film, and the chancellor said yes.

Per the filmmaker's agreement with the university, Berkeley officials could not review the film before it was finished and they had no control over editorial content. The only major restriction imposed was that Wiseman couldn't attend tenure meetings, which he agreed was understandable due to the deeply personal nature of those events. The other restriction was that the university wanted 48 hours to veto any sequence that he shot. He agreed to that condition and the veto was only exercised once in regard to a conversation that referenced some California politicians by name.

With a camera that seems to find itself at literally every corner of campus, it's hard to imagine how even an artist as precise as Wiseman could distill 250 hours of raw footage into the final, lyrical, four-hour version. "Literally, the general description of the editing is trying to think your way through the material," he explains. "What do you learn from the sequences, and what's going on? What seems to be important and why are certain things happening? I constantly have to ask myself ‘Why,' and I ask that through every minute of the editing. I have to be able to offer myself an explanation of what it is that I'm looking at and listening to in the rushes."

The overview of academics, showcased in eight segments, is deliberately broad in scope and hews each part in its own way, to the greater theme of the film. Wiseman selected classes by following his instincts and using a little judgment. "I never know what it means to be representative, but in that context you have to completely discard the idea of being representative," he maintains. "I wanted English, science, some philosophy. I tried to go to classes that would be interesting."

Wiseman's ability to render the driest, most impersonal proceedings into very personal and intimate scenes is one of the strength's of At Berkeley. "I want to give a sense of the people who are in the sequence but at the same time be fair to the original event," he explains. He remained mindful in editing not to distort what he considers to be the meaning of the class or meeting. Whether it's a group of Iraq and Afghanistan War veterans discussing the challenges of life on campus after serving in combat, a physics lecture covering the difficulty of accurately measuring dark energy in space, or administrative summits that run the gamut from facilities maintenance and security to financial aid, Wiseman carefully paints a complex picture of the enormous task that is running the university and just how far afield its academic and social influence extends.

In one particularly illuminating moment, Chancellor Birgeneau discusses how a collectively agreed upon, across-the-board faculty furlough program saved the jobs of 460 of university's lowest-paid employees, as well as critical cash. It's clear that protecting the positions of particularly vulnerable staff has an impact beyond the campus. When he reveals that he spoke about the plan with leadership from other top universities, Birgeneau mentions that they were astounded and told him that even the suggestion would never be accepted by faculty at their schools.

It would be easy to dismiss At Berkeley as a defense of liberal academia's refusal to face fiscal facts. That perspective would be doing a terrible disservice to what's actually at stake—the critical importance that higher public education plays in creating a well-informed and involved populace.

Wiseman freely admits he's not an expert (the film is his impression) but his concern for public education is in the consequences of our fiscal landslide. There is a new drive to apply a cost benefit analysis to universities and At Berkeley sounds the alarm that a corporate approach would have devastating, long-term effects.

"Let's say Renaissance history only has six students, so why should we teach Renaissance history?" Wiseman posits. "In business, if there's not a demand for something, you eliminate the product. The humanities are more likely to be cut rather than the sciences or the technology-oriented, engineering-type courses, and that has political consequences for the next generation. They won't get an education in, let's say, democratic theory or the Enlightenment or what the Constitution means, etc., because those courses are the first to go. If people are technocrats, they're less likely to be concerned about the human consequences of political decisions, particularly if they have no exposure to the history of the issues and some of the reasons the US was founded."

Vital and timely, At Berkeley succeeds in supporting the importance of critical thought while building knowledge in the arena of ideas. In campus research facilities, classrooms, performances and social groups, Wiseman shows us passionate learners, fully engaged in the exchange of viewpoints. Education, the film says, has a moral imperative and should not be exclusive.

Elisabeth Greenbaum Kasson is a Los Angeles-based writer whose work has appeared in the Los Angeles Times, Documentary, Movie City News, Dice.com, Health Callings and more. Her stories have covered the gamut from movies, music and culture to IT and healthcare. 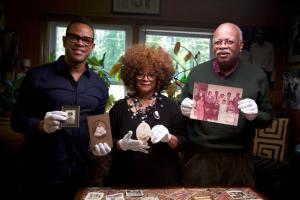 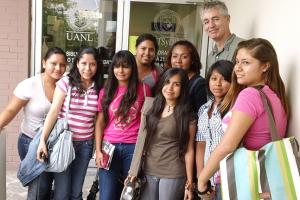 Feb. 1, 2013Feature
Once Upon a Time in Mexico: An American Film Showcase Report
Read More 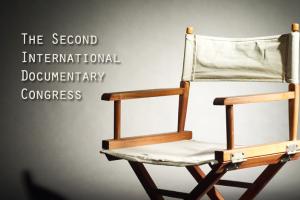 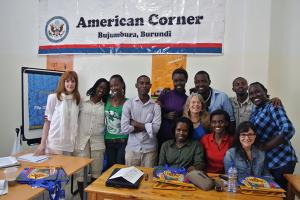 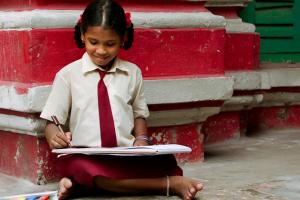