After the Pandemic, Can a More Racially Just, Equitable Documentary Field Emerge? 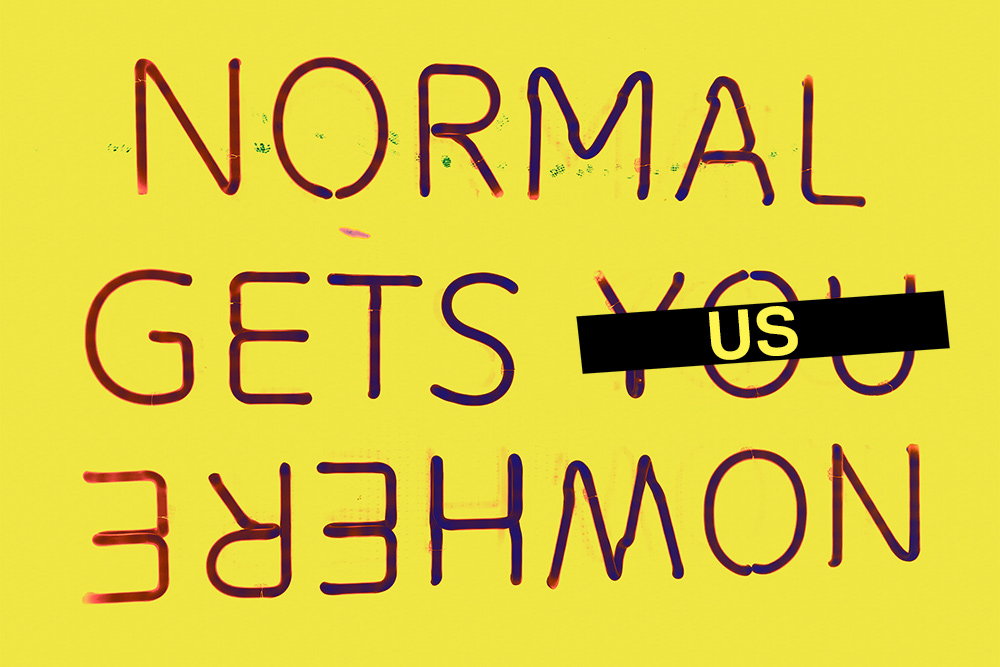 As we approach one full year living under the cloud of a devastating global pandemic, so much has been destabilized around the world. The levels of grief and loss we’ve experienced have been overwhelming, and so have the revelations. This time has been a reminder to those not paying attention that inequality, injustice and racism continue to permeate many of our social and political structures, as well as universities and cultural organizations—even those who have for so long presented themselves as progressive. Being quarantined from our increasingly hypernormal lives brought into deeper focus the interconnected roles of white supremacy and capitalism as agent provocateurs in what has essentially been a slow-moving global apocalypse decades, even centuries in the making. The documentary space is not spared indictment in this complex system of commodification and exploitation, in fact, at times it has been an accelerant. None of this is sustainable. Resisting a return to this “normal” requires organizing and daring to envision a more just and equitable nonfiction cinema.

As filmmakers and cultural workers, many of us are organizers by nature, if not outright. We’ve learned to be agile in the realm of chaos, uncertainty and stress, mostly out of necessity due to lack of access, resources and funding. Filmmakers of color and those who have existed on the margins of the industry know that while the struggles on the path to telling our own stories are real, this is not due to scarcity.  “Golden Ages'' are often anointed by those in power as a way to pacify our calls for much wider distribution and deeper investment in independent nonfiction storytellers as critical agents of culture shifts. In recent years through our organizing work and visions of self-determination, many of us have stood on the shoulders of the foundational BIPOC institutions in the field that have survived and thrived, forming a multi-generational movement that is manifesting bold new spaces within the industry. These artist-led collectives and organizations represent an evolutionary realm of nonfiction cinema, one committed to exploring a multiverse of aesthetic approaches, experimenting with horizontal power-sharing, and bringing more young people of color into leadership. The pandemic has revealed the necessity of these new networks not only as sites of artistic, technical and professional support, but as centers of care, healing, and mutual aid.

The recent Beyond Inclusion report, commissioned by the Ford Foundation’s JustFilms division and authored and researched by Sahar Driver, is bold and unapologetic in its assessment of the central challenges facing the documentary film industry. “Communities of color have long been the subjects of documentary but too infrequently the authors, producers and decision-makers behind them,” Driver writes. “Increased commercialization and consolidated strength of streaming platforms are the latest threats to filmmaker diversity and independence, as well as audience access, and point to a growing hegemonic curatorial power.” This ground-breaking report goes on to clearly illuminate that the way to counteract these inequitable, unsustainable structures is by deeply investing in and supporting the BIPOC-led organizing efforts that are re-shaping the field. “There is an opportunity to build the healthy ecosystem that has long been needed, which supports all independent artists in the community,” Driver asserts. Beyond Inclusion, the subsequent JustFilms-commissioned Creative Futures series and Sonya Childress and Natalie Bullock Brown’s piece in this magazine, “The Documentary Future: A Call for Accountability,” all aim to accelerate the urgency of change by provoking critical conversations around equity, justice and accountability that more established and secure filmmakers and institutions have been reluctant to engage with in a meaningful way. This work provides a platform for radical, interventionist thought leadership, playing a vital role in presenting a constellation of alternative paradigms at a time of unprecedented destabilization across media, film and the broader arts universe.  These discourses do not exist in a bubble, but are in direct conversation and alignment with the surge of collectivizing and organizing we have witnessed in recent years.

We can look to the efforts of COUSIN, Undocumented Filmmakers Collective, New Negress Society, House of Pentacles, BUFU, Third Horizon and so many other similar grassroots efforts led by BIPOC filmmakers to witness the power of intentionally forming affinity groups of support. It was in this spirit that Youth FX, an organization I co-founded, was conceived of back in 2008. Our goal was always to empower young BIPOC artists by not only teaching them filmmaking and media production, but by building community with them. When we closed our doors in mid-March 2020, we had no idea that a year later, we would still be working from home, with all programming and most productions still on pause. At that time, despite being exiled to quarantine in our separate pods, we remained connected and determined to continue building solidarity with our community of young people and their families here in Albany, New York. We supported grassroots food-distribution efforts to feed vulnerable families, created graphics in various languages to help refugee families in our neighborhood understand social distancing and other COVID health precautions, delivered thousands of masks to homebound elders in our city, and provided COVID relief for our community of artists locally and nationally in the form of emergency funding. As Black Lives Matter protests erupted around the country following the murders of George Floyd and Breonna Taylor, many of our students and staff became involved in documenting the movement locally, organizing youth speakout events, and creating space for young people to process and grieve as well. We embraced virtual platforms as a way to continue our workshops and summer programming locally, and to build a community space of support, listening, and info-sharing for fellows across the country who are part of the NeXt Doc Collective, which grew out of our fellowship program. Of course, Youth FX was not alone in shifting to a more support-based approach in response to the pandemic. BlackStar, A-Doc, Firelight, New Orleans Film Society and Detroit Narrative Agency were just a few of the many organizations and networks that pivoted programming and re-allocated funding to filmmakers whose projects and careers were suddenly upended by the pandemic.

Organizing and direct community response is also what led Durham, North Carolina-based filmmaker Katina Parker to create Feed Durham NC, a group that she describes as “a scrappy, determined mutual aid collective that came together in answer to mounting hunger in the Durham area, due to COVID.” With this simple mission, Parker was able to mobilize her community to action, and as of March 2021, they had served over 11,500 meals and donated more than 27,500 pounds of farm-fresh chicken, fresh-baked bread, coffee, local produce, and uncooked food supplies to shelters and community-based food programs. Parker notes, “Since April 2020, between cooked and uncooked food, Feed Durham NC has fed 42,500 people tasty, nutrient-dense meals that keep them hopeful.” Documenting the process has been a critical component of the work as well, with the intention that the project can serve as an inspiration and framework for others across the country. Parker recently announced that in fall 2021, Feed Durham NC will release a docuseries titled Lovingly Prepared By, about the first year of the project. Her latest dispatch from the frontlines of mutual aid offers an inspiring reminder of the power and necessity of community organizing: “The rise of Feed Durham NC has been an overwhelming, all-consuming, heart-pounding, life-giving, spirit-healing, come full circle, come to fruition, up in the wee hours pondering prayer of a blur.” Parker’s work exemplifies her deep commitment to being in community and being responsive to the immediate needs of the folks with whom she is in deep relationship—a lesson from which many documentarians can learn.

Amidst the chaos and mass disruptions that 2020 brought, we also witnessed the continued emergence of a liberatory movement in nonfiction cinema led by filmmakers formerly on the margins of the industry. Their films reclaim narrative sovereignty, transforming visual representations of BIPOC communities while redefining the terms, and conditions of the material production of the work. Time, by Garrett Bradley; Through The Night, by Loira Limbal; Landfall, by Cecilia Aldorando; Malni - Towards The Ocean, Towards The Shore, by Sky Hopinka; Disclosure, by Sam Feder; Softie, by Sam Soko; A Thousand Cuts, by Ramona Diaz; And She Could Be Next, by Grace Lee and Marjan Safinia; Two Gods, by Zeshawn Ali; and Unapologetic, by Ashley O’Shay: These powerful, vibrant films were made in deep collaboration, with an established trust and mutual respect for the characters and communities depicted on screen. These films took bold aesthetic approaches while modeling emergent frameworks of transparency, authenticity, accountability and ethics in their creative processes. Despite the odds against them, these important films, all directed and produced by BIPOC filmmakers, reached audiences virtually through festivals and community-led screenings. Viewers were engaged, connections were made, conversations were sparked and actions were taken. These films made a deep lasting impact on those of us who saw them.

Inspired by, and often in direct solidarity with, political and racial justice movements across the country and around the world, there’s a shift happening within nonfiction cinema. Despite the devastation the COVID-19 pandemic has caused, and in the face of continued white supremacist terror, BIPOC filmmakers and cultural workers are organizing, building alliances, healing, forming working groups, conjuring new collectives, and getting into formations never seen before. But as those of us who have existed at the margins for so long move forward into this liminal space, we must beware of the lure of the center. We need to reject incrementalism, transcend “diversity initiatives,” and be bold and aspirational as we step into our power and build new frameworks. We need to gain control and ownership over the full cycle of production, develop new distribution models, build and engage with younger, multi-racial audiences who are more reflective of the communities portrayed in our films. We need to horizontally strengthen national networks and coalitions, while demanding even more support for grassroots, community-based and mid-sized BIPOC-led arts and culture spaces. At its core, the work of artistic and political re-imagination within nonfiction cinema, is nothing less than a direct attempt to finally dismantle the broken structures of an exploitative, capitalist system rooted in the colonial legacies of this artform. It’s our time to take up space, demand accountability from those in power, determine our desired futures, and continue to bring forth emergent, visionary artistic praxises that emancipate us. Our survival requires nothing less.

Bhawin Suchak is an educator, filmmaker and the co-founder and executive director of Youth FX and NeXt Doc. He is currently in production on Outta The Muck, a feature-length documentary that is supported by ITVS, JustFilms, Sundance Institute and Southern Documentary Fund.

END_OF_DOCUMENT_TOKEN_TO_BE_REPLACED

Beyond Inclusion: Building Narratives of Liberation