The South by Southwest (SXSW) film festival unfolds every spring in Austin, Texas, paralleling an international music jamboree and an interactive media conference by the same name.

The boundaries among the three events often overlap. The 2005 film festival featured a strong infusion of music documentaries--perfect fare for locals and visitors to Austin, which calls itself the "Live Music Capital of the World." Interactive media themes also spilled into the film conference. Just as Internet news sites and weblogs ("blogs") have mushroomed online, with bloggers chronicling events such as the US presidential campaign and the Asian tsunami, online film sites have proliferated, covering a broad spectrum of genres and niches.

At least two panels at the SXSW film conference addressed this phenomenon. And documentary makers who traveled to Austin for the screenings of more than 40 docs, including 16 world premieres, interacted with a growing universe of online film journalists as they dealt with the usual mix of journalists from newspapers, magazines, television and radio.

The use of websites to disseminate documentaries isn't new. But the growth of online film media has altered the dynamics of promoting docs.

Take the example of Melody Gilbert, director and producer of the well-received film A Life without Pain, which follows the lives of three girls in the US, Norway and Germany, who share the same congenital illness, an inability to feel pain. Before the film's world premiere at SXSW, a pre-festival interview with the Minnesota-based filmmaker appeared on eFilmCritic.com.

"Several people at the festival said things to me that they could have only known from reading that interview," Gilbert says. "So I know people are reading those posts."

After SXSW, an online review of A Life without Pain was published on the same site, further raising the film's profile.

"The four-star review has played a critical role in my communications with broadcasters, reps and the media," Gilbert maintains. "What I love about the online reviews is that . . . the review actually stays there, unlike some newspaper and magazine reviews that disappear after a week or so."

The growth of online film journalism, in a sphere long dominated by print and broadcast critics, seeped into the panel "Meet The (Film) Press," which focused on indieWIRE, asked the panelists, "Are blogs journalism?"

Dana Harris, who covers the Hollywood movie industry for Variety, said she reads blogs because she appreciates the varied points of view they express. Christy Lemire, a film writer for the New York-based Associated Press, acknowledged that blogs contain "nuggets of fact." But she worries that news seekers may eventually rely too much on blogs as a primary source of information. "Is it journalism?" she asked. "Not really, but it is reporting."

In contrast, Rebecca Carroll, editor-in-chief of The Independent Film and Video Monthly, said she finds blogs "incredibly self-indulgent and slightly useless." Gerald Peary, film critic of The Boston Phoenix, noted that some newspaper writers may feel intimidated by bloggers, and many readers still prefer the work of professional critics.

Opinions about online film journalism were predictably enthusiastic at the panel "The Future of Film Blogs," where Internet film critics emphasized that they are a force to be reckoned with.

* Quality--Despite the high standards of many sites, careless work by some bloggers can give an undeserved bad rap to online film critics as a group, some panelists said. To promote quality, sites such as eFilmCritic.com require prospective film reviewers to submit several work samples before they are permitted to post. Several dozen film reviewers have formed the Online Film Critics Society. Membership requires that sites maintain standards of professionalism.

"There are a lot of amateurs coming in, and lots of crap out there," one member of the panel audience noted. But several years ago, when desktop publishing was new, "a lot of bad, ugly newsletters were made with 12-point fonts on the page."

* Currency-- Even though panelists expressed different views over whether they consider themselves professionals, members of the panel stressed that the online medium, as compared with traditional newspapers and magazines, allows them the advantage of timeliness. Unlike their colleagues at newspapers and magazines, film bloggers can update and revise stories after they're posted, incorporate reader feedback, correct errors, and add new layers of information to their posts by linking to film trailers and other reviews.

* Usefulness--Several bloggers said they hear directly from filmmakers, inviting them to review their work and responding to their posts. And several participants insisted that mainstream film critics, who may dismiss online film writing as amateur and irrelevant, often read blogs to discover what bloggers are reviewing, and they occasionally cite them in their mainstream reviews. "It can be a vampiric relationship," Wiggins said. "Sometimes print media view blogs as a cheap, easy feed."

Speaking at the Austin Convention Center, doors away from panels on interactive media, the film bloggers agreed that their medium places them at the cutting edge of new opportunities.

Longworth, who said she wasn't offered SXSW media credentials before she was placed on a panel, began writing her own personal blog after graduating from college in 2002, while applying to graduate schools. That led to a gig writing a dating blog for an Internet dating agency--a disastrous experience, she said, but one that increased her exposure.

She admires the "built-in punk rock aesthetic" that blogs reflect. "I like feeling, even on a minor level, that we're doing something that is somewhat insurrectionary."

In contrast to the 2004 SXSW, when documentaries spotlighted electoral politics, the 2005 festival dealt with several varied themes, and many were difficult to pigeonhole.

Music documentaries had a strong showing. They included The Fearless Freaks (Bradley Beesley), a 15-year project that traces art-punk band The Flaming Lips from their backyard in Oklahoma through their successful and often stormy career; and Press On (Gillian Grisman), the story of steel guitarist Robert Randolph, whose "sacred steel" guitar takes him from New Jersey church revivals to a nomination and performance at the 2004 Grammy Awards.

Regardless of where documentaries are reviewed--in newspapers, magazines or on the Web--they account for a growing number of the films that premiere at SXSW. And the film festival, in turn, continues to gain ground as a premiere showcase for docs.

Robert Wilsonksy, pop-culture editor for The Dallas Observer, calls the docs "the most interesting thing going on at film festivals."

"I leave film festivals more in love with documentaries than features or narratives," he says. Festivals such as SXSW, he adds, "is where they thrive."

Dean Graber is a journalist based at the University of Texas at Austin, where he manages a training program for Latin American and Caribbean journalists. He is also a founding member of the group weblog Unknowncity.com. 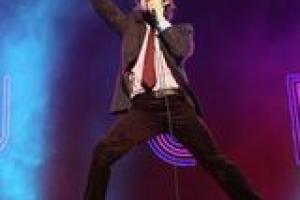 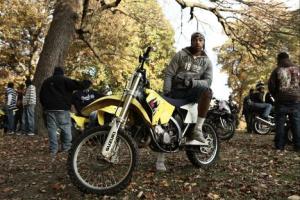 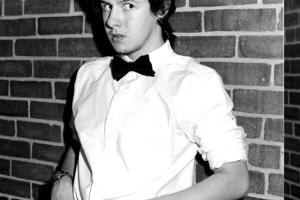 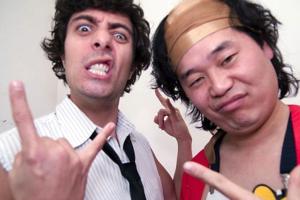 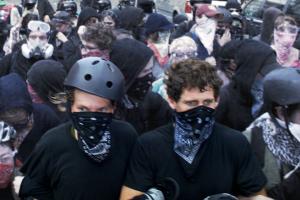 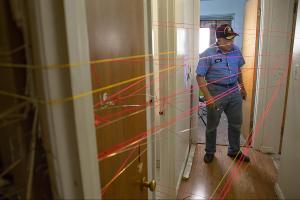