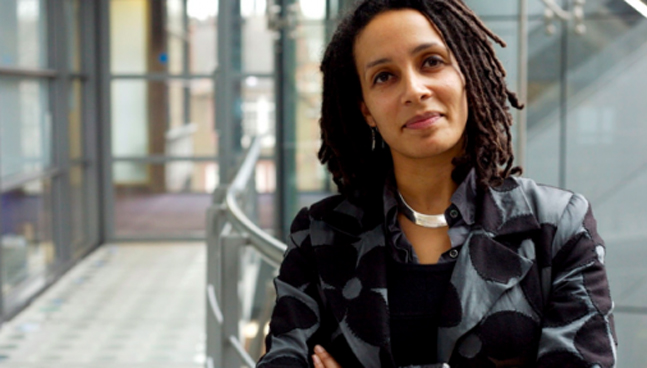 The Sundance Institute recently named Tabitha Jackson as the new director of its Documentary Film Program (DFP); she succeeds Cara Mertes, who stepped down this past summer to take on the director position at the Ford Foundation's JustFilms program. Jackson will plan and implement strategic partnerships, oversee the DFP's funding programs and host five annual Labs for documentary filmmakers. As she moves from London—where she served as commissioning editor for arts at Channel 4 Television—to Los Angeles, she brings more than 20 years of experience in the documentary and nonfiction field. While at Channel 4, she supported such documentary films as The Imposter, The Cove, Burma VJ and Which Way Home.

"When encountering Sundance on the international documentary circuit over the last couple of years, people almost always describe it as a family and an experience," Jackson observes. Her first goal is to "get to know the ecology and DNA of Sundance, an incredible global brand. It seems like it is so much more than another funder; it has a philosophy of nurturing filmmakers that I think is unique."

And nurturing filmmakers is a strong component of Jackson's passion for making documentaries. "Ensuring documentaries are funded properly is of course the lifeblood to them," she maintains, but, as she points out, the field's vitality is also connected to the variety of stories it produces.

"When documentary film goes through a low point, it's either because people confuse documentaries with reality TV or because people think of documentaries as homework or medicine," Jackson notes. "I think that having a broad plate of compelling stories we're telling to each other will mean people are more inclined to pay money to go and hear stories or subscribe to documentary channels that have these stories on. It's about the richness of the diet.

"What I am interested in is the documentary camera as a kind of empathy machine," she continues. "What would it feel like to be that person? Understanding who we are and what our place is in the world has always driven the projects I've been involved in. If you lose the humanity in the story, you've probably lost the audience."

When developing material, story emerges for her through a question: What happens next? "Lots of my commissioning comes from a discussion with a filmmaker who just starts telling a story," Jackson explains. "If I want to know what happens, that's a good story. If it feels like this isn't a story but instead is an issue or subject area, then you haven't quite found the story within it."

Finding the story, she says, is what allows the film to take shape. "If you get to that heart, it can allow you to go into all kinds of directions."

But empowering filmmakers to follow those impulses requires funding, and Jackson points out the distinction between the English and American systems: "The broadcast system in Britain allows filmmakers to have their films fully financed—and lots of them. One of our challenges is making sure we have enough money going to the best possible films being made by the best possible filmmakers. That's not an unusual thing for an American, but it's a different thing for an English person to consider."

The competitive funding environment, she explains, has a silver lining. "Almost because of the financial context, American films tend to be passion projects. No one's making any money out of them. They're done because filmmakers are passionate about saying something about what's going on in the world, or passionate about the craft."

Though she anticipates continuing to build on the successes of her two predecessors—"It's a rock solid legacy both from Cara Mertes and Diane Weyermann," she notes—Jackson also predicts new collaborations within the Institute's programming. "I'm very excited about working with Michelle Satter in the Feature Film Program about how we might collaborate and what that might look like."

Pointing to recent films like The Act of Killing, Jackson would like to explore work where narrative and documentary films intersect, "where one genre meets another." She acknowledges the "moral complexity" of The Act of Killing, but "the discomfort you feel as a viewer is a good thing, because it makes you think from the mind of a perpetrator. I think it's an extraordinary thing [director Joshua Oppenheimer] did. He spent seven years on the film. It was a labor of love and passion."

Jackson also embraces the possibilities of formal programmatic innovations such as transmedia and multi-platform projects. "You can't be in the business of storytelling without thinking how best to tell the story, asking which platforms and for whom," she asserts. "The audience has much more power in the sense that now the audiences have audiences. You need to make sure the stories you're telling are where the audiences are—without always expecting the audience to come to where you are."

Jackson's commitment to documentary film rests in what she believes is the genre's greatest strength: its ability to pose a question powerful enough to elicit empathy in the viewer. And she looks forward to shepherding that work. "There are incredibly important stories to be told, and injustices to be highlighted, and acts to be celebrated," she concludes. "A documentary puts you in someone else's shoes."

Suzanne Curtis Campbell is a Los Angeles based writer, currently working toward her MFA in Screenwriting at UCLA. She has worked with Ladylike Films on the award-winning documentaries Somewhere Between and Code Black and on PBS' Makers.

Tags:
Sundance
Changes at the Helm

END_OF_DOCUMENT_TOKEN_TO_BE_REPLACED

Sundance and TIFF Press Inclusion Initiatives: Reflections from an Awardee