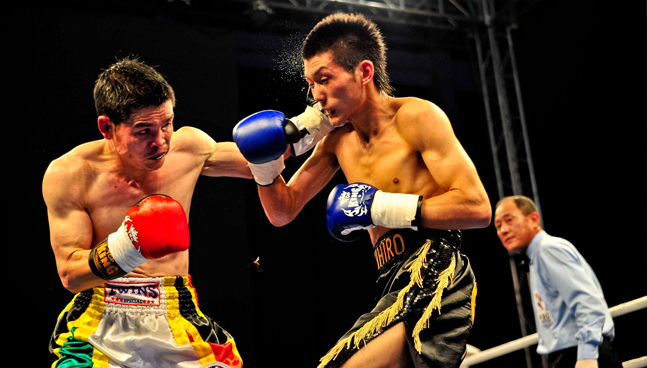 China's documentary television sector has travelled light years in a decade. This boom is driven by China's vast-scale, rocketing economic growth, its deep cultural respect for content-rich programming and its top-down media policy.

Documentary channels are flourishing at the national level—at CCTV (China Central Television), the predominant state television broadcaster, and in the regions as well.

Viewers are hungry for informative storytelling that seems quaint by the "Big, Noisy Character" measure deployed by an increasing number of Western networks. Beijing has rejected reality TV and many competition formats as "trashy" and "cultural pollution." There is a diktat from the Communist Party for China to become a world leader in the documentary niche.

According to Yves Jeanneau, director of Asian Side of the Doc, "The national media regulator SARFT [State Administration of Radio, Film, and Television] recently directed that every one of China's hundreds of satellite channels must program at least 30 minutes of documentary programming every day." That decree will expand the pipeline for format deals, co-productions and original Chinese productions, but it excludes acquisitions from international suppliers.

"The market changes by the quarter," Jeanneau notes. "There are now approximately 12 channels in China that are dedicated to documentaries and educational programs. The leader is CCTV9, the Documentary Channel. CCTV10, the Science & Education Channel, is up-and coming. Shanghai Media Group and Hunan TV (Golden Eagle) are the leaders in the provinces, where even municipal broadcasters are launching nonfiction channels and blocks."

CCTV9 Documentary was launched in 2011, following an official culture war against subversive "vulgar tendencies" in the media that was directed against reality series. CCTV9 took off: Its average primetime audience is now said to be 63 million. According to its press office, "Our highest daily audience exceeded 94 million." Its viewers are said to be well educated and influential.

In 2013, CCTV9 signed on to 14 international co-productions, totaling 50 episodes for an investment in the $8 million to $12 million range.

Liu Wen, the Documentary Channel's managing director, says that his team wants to work with companies that have "abundant resources and rich experience in every field, or who specialize in a particular field, such as underwater filming." Partners tend to be well-established broadcasters or producers. They include BBC, France Televisions, NGC Asia, NHK, NHNZ, Gebruder Beetz Films, Screen Australia, Gulliver Media, ITV, Kwanza (France), KBS Korea and Bearcage Films.

In 2012, CCTV9 announced four in-house signature productions, and eight in 2013, when there were 500 hours of original production and 800 hours of international acquisitions. CCTV9's investment is growing fast. The budget "Sweet Spot" for co-productions is $660,000 and for the unique signature programs, $1.25-2.5 million.

The editorial focus is on the untold stories of Chinese history and natural history, as well as destination-based programs that show China in a positive light. Science is also a promising genre.

Experienced China hands say, "Avoid politics and religion. And history is tricky." And, they add, "Say ‘No!' to the Three T's: Tiananmen, Taiwan and Tibet!"

CCTV10, the educational channel, is moving away from instructional programs to documentaries that entertain and inform. A new English-speaking acquisitions team has taken charge, and CCTV10 is both a growing national player and an alternative to CCTV9.

China's documentary sector has already gone global: Blue chip co-productions are underway with the BBC, Nat Geo, Discovery and others, and CCTV made its presence felt at the 2013 MIPTV market in Cannes, France. "Size is important at MIPTV," says Luo Ming, CCTV's vice president for economic affairs. "And the higher the profile of Chinese content in general, the more interest there is in all our shows."

There are very important structural issues to be resolved for China's Western partners.

Contracts are vaguely enforceable in China, and many Western distributors point to the lack of transparency at CCTV, citing the lack of a rate card, a standard contract and a standardization of deal terms.

License fees are mainly in the low four figures in US dollars, which doesn't match the media value of the programs.

Corporate sponsorship is a proven path for producers to schedule individual productions and programming blocks. This can equally apply to entertainment, or content-driven nonfiction. The sponsorship model involves producers with agents and dealmakers, and Western agents are established in the major media centers.

Pre-emption is an issue: As the national broadcaster, CCTV can pre-empt regional and local schedules and deals. I have heard of instances where producers and provincial broadcasters had jointly arranged to fund series through sponsorship deals with regional companies or government agencies. CCTV noticed the programs on the regional broadcaster's schedule, liked them and then commandeered them for a national CCTV network. The sponsors backed out because they were no longer reaching their target regional audiences. And the producers were left to cover the deficits.

In 1998 in Beijing, I was a guest speaker at what was billed as "China's first documentary conference." Beijing TV Networks was the host. There were two Chinese documentary producers in attendance, and it was said that there were none outside Beijing. A decade and a half later, the contrast is staggering.

Expect even faster growth in the flow of commissions, budgets and editorial quality of documentaries as China creates more wealth and more leisure time that will free up more consumers to enjoy media.

CCTV will inevitably expand its solo Documentary Channel to a suite of factual entertainment channels. These networks will also commission and distribute programs that will find international markets.

In the short term, Western producers can expect a struggle to participate in what is still a thin, partly formed and politically mandated market. But based on decades of futile attempts to gain a lucrative foothold in China by the likes of media magnate Rupert Murdoch, they can forget about earning equity in large-scale Chinese production companies and channels.

It is interesting that CCTV Documentary Channel has adopted a "preferred vendor" strategy that is comparable to UK and US channels. That means rough going for independents, unless they can partner up with a major player.

Ironically, China's exploding demand for content-driven "classic" documentaries comes at a time when many Western channels like Discovery are shifting toward a mix of scripted and unscripted entertainment. China's emergence as a co-production partner may bolster the economics of the remaining blue-chip documentary slots in North America and Europe by replacing the evaporating contributions from those regions—but only for highly selective topics that fit China's top-down documentary policy.

Peter Hamilton is a New York-based executive producer and senior business consultant to nonfiction television industry leaders, governments and foundations. He is a former CBS executive. His clients since 1987 have included Discovery Communications, A+E Networks, BBC and Smithsonian Channel. He is the co-executive producer of The Shot Felt Around the World, a 2013 bio doc that features Bill Gates and is about the late medical researcher Jonas Salk, for the Smithsonian Channel. Hamilton is the founder, editor and publisher of DocumentaryTelevision.com.

Super Boy is a Chinese hit show for male singing contestants. It was inspired by the UK elimination format Pop Idol.

The producer, EE Media, embarked on a feature documentary project—now entitled I Am Here, and directed by Lixan Fan—that follows three young men as they compete for the ultimate prize. The boys come from tough family backgrounds; for them, the stakes are high. But they become fast friends on the ride up. That is, until the final rounds, when they compete against each other—and things get more than a little catty.

The budget is $1 million-huge for a Chinese documentary.

To finance its film, EE Media turned to the Chinese crowdfunding site zhongchou.cn. The campaign was supported by Super Boy's broadcaster, Hunan TV, a powerful regional operator of about 12 channels, including two national ones. The crowdfunding campaign for I Am Here raised $820,000.

A nationwide, multi-screen theatrical launch is planned for 2014. It's the first-ever simultaneous opening for a documentary in China. All previous cinema releases for docs have followed the market-by-market "art house" path that is familiar to Westerners.

END_OF_DOCUMENT_TOKEN_TO_BE_REPLACED

Future Doc: The View from Sundance