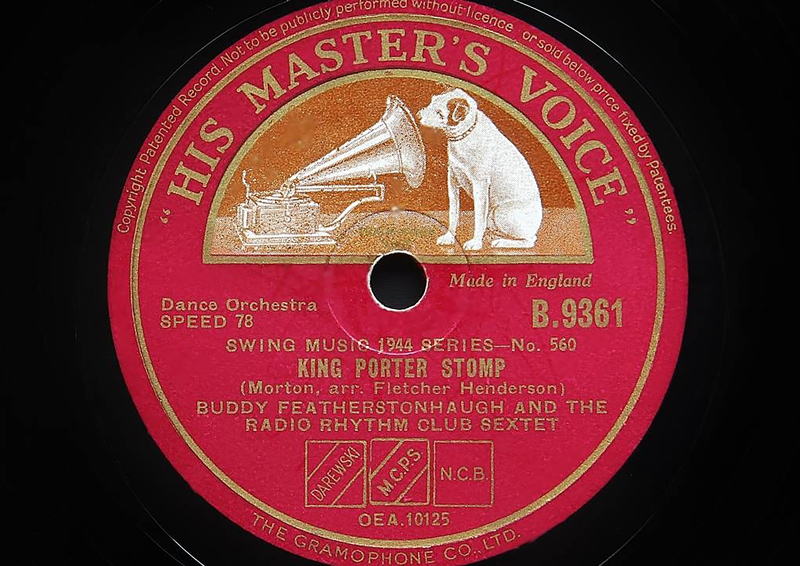 Editor’s Note: This article is adapted from the second edition of Bernard and Rabin’s Archival Storytelling: A Filmmaker’s Guide to Finding, Using, and Licensing Third-Party Visuals and Music, published by Focal Press in May 2020.

Wonderful news: On January 1, 2020, after a period of 20 years—during which copyright expirations were frozen—a treasure trove of materials copyrighted in the United States in 1924 finally entered the public domain. The delay was due to the 1998 Copyright Term Extension Act, which took effect on January 1, 1999. In it, US Congress retroactively extended the copyright term of works dating from 1923. Those works finally entered the public domain on January 1, 2019; next year, if there are no significant changes to the US copyright law, works from 1925 will become available, and so on. (Disney’s Mickey Mouse, a character whose profitable franchise motivated that company’s involvement in major changes to copyright in both 1976 and 1998, will enter the public domain in 2024, 95 years after the company first introduced Mickey in the cartoon short, Steamboat Willie.

A diverse range of works entered the public domain this year. They include music such as George Gershwin’s “Rhapsody in Blue” and Jelly Roll Morton’s “King Porter Stomp,” and popular songs including “It Had to Be You” (Gus Kahn/Isham Jones). Seminal silent film masterpieces such as Buster Keaton’s The Navigator, Erich von Stroheim’s Greed and Raoul Walsh’s The Thief of Bagdad[1]  are also no longer under copyright. Books by Emma Goldman, Mark Twain and W.E.B. DuBois, among others, can now be cited freely and republished without permission, as can paintings and other artwork, including Edward Hopper’s New York Pavements and George Bellows’ Dempsey and Firpo.

But does this mean that documentary filmmakers can presume it’s safe to use all of these materials without having to consider licenses, rights, permissions or fees? The answer is, It’s complicated. To begin, a reminder about what it means when something is said to be in the public domain. The term describes works that belong to the public, rather than to any private individual or entity. In general, filmmakers encounter three different types of public domain material:

This article is focused on works that were once copyrighted, but for which the copyright has presumably expired—including this new cache of material from 1924. As you’re considering whether you can use this type of public domain material, here is a list of questions to explore. (As always, when in doubt about rights issues, consult with an attorney.)

Can you be sure the copyright was not renewed after 1924?

If the copyright was not renewed before 1963, you’re good. If you need to double-check, you can hire a researcher to explore the copy reference card catalog at the US Library of Congress in Washington, DC, which has information for works up to January 1, 1978. That’s the date after which the US Copyright Act of 1976 went into effect, making copyright automatic—no need to register your work for it to be protected. With that said, for various reasons it’s still worth registering your own work with the US Copyright Office.

Does the work now deemed to have entered the public domain contain materials still protected by underlying rights?

Underlying rights, sometimes referred to as embedded rights, are the rights to any trademarked images, characters or logos, copyrighted sounds or music, performances, sports teams, guilds or other elements within material that you may be trying to license. If a claim can still be made to elements within that clip, the status of the entire work may change. Arguably the best-known case of this is the song “Happy Birthday to You.” The tune dates to 1893 (as “Good Morning, Dear Teacher”) and thus has been in the public domain for many years. However, the “Happy Birthday” lyrics were first published in the 1920s and copyrighted in 1935, and so the overall song was long considered protected. As a result, “Happy Birthday to You” was a major—if controversial—source of income for its rights holder, most recently Warner/Chappell Music. As Documentary readers are likely aware, the song is now fully in the public domain, the result of a class action lawsuit brought in 2013 by filmmaker Jennifer Nelson. Similarly, even if the 1928 film Steamboat Willie enters the public domain in 2024, Mickey Mouse will remain a trademarked character unless The Walt Disney Company lets that protection expire.

A danger with underlying rights is that a work that seems to have entered the public domain can sometimes be recalled. This is most likely if it can be demonstrated that these works substantially depend on underlying works that are still protected by copyright. This was the case, for example, with the films It’s a Wonderful Life (1946), directed by Frank Capra, and Rear Window (1954), directed by Alfred Hitchcock. With both, it was discovered that although the primary copyright—to the movies themselves—had expired, the underlying literary works on which the films were based were still under protection. Capra’s film is based on a short story, “The Greatest Gift,” by Philip Van Doren Stern. Rear Window is also based on a short story, “It Had To Be Murder,” by Cornell Woolrich. In both of these cases, because the short stories were substantially the same as the films (same plots, same characters), the courts concluded that the films were derivative works. In other words, without the underlying work, there would be no movie. And in both cases, the copyright to the short stories was renewed even as the production companies neglected to renew copyright. Therefore, both films had to be restored to copyright protection for as long as the stories were protected. The return of public domain works back to copyright protection is rare, however, and not a clear-cut issue, especially regarding foreign works.

Are you interested in the original work as copyrighted in 1924 or before, or in a modified version of that work?

When a “significant change” has been made to a work, it may be subject to new copyright. For example, in the 1970s, colorizing films with computers was explored both as a novelty and as a way of changing public domain films into “new works,” and thereby newly subject to copyright. If you can locate a black-and-white version of a public domain film that was subsequently colorized, you probably can use the black-and-white version on a public domain basis (as long as there are no lingering underlying rights issues, of course). It’s a bit more of a gray area when it comes to using the colorized version, or in fact a restoration, as many restored versions of films (and “director’s cuts”) may have additional scenes or a different edit, and most have a new copyright. Court rulings on the extent to which these represent a “significant change” worthy of a new copyright has varied, especially in the case of colorization and after-the-fact 3D, so always check.

Can you afford to acquire the material, even if it’s demonstrably in the public domain?

Just because something is in the public domain doesn’t mean there are no costs involved in its use, even beyond the costs involved in obtaining a master. Whoever owns the actual physical materials (an original film print, for example, from which you may need to make a copy) can charge a usage fee for allowing you to use it. A reasonable charge seems fair, as the cost to restore, preserve, maintain and house archival materials can be substantial, but some archives gouge customers, charging as much for usage as they would if they owned the copyright itself. Copies of many public domain materials are held by multiple agencies and/or public archives, so shopping around for the best rates or seeing if a copy exists that you can access for free is often an option.

Is the material in the public domain but your access to it (or use of it) restricted?

If you can only access the physical copy through a single owner, that owner can set whatever fees they want. They can also restrict or forbid your use, even if the material is in the public domain and even when, for example, rare materials are donated to a public archive, such as the National Archives or Library of Congress. The receiving archive must honor the donor’s restrictions. Unfortunately, this can lead to situations in which tax dollars are paying for vaulting a private entity’s materials without the tax-paying public having access.

No. Copyright terms vary country by country. Wherever you plan to release your film, make sure that work you are considering to be in the public domain is clear in all of those countries. Cornell University has an excellent public domain chart, which includes rules for public domain internationally. Also note that in some countries, especially in the European Union, works that have fallen into the public domain might still be protected by moral rights, which allow creators to maintain some control over how their work is used, even after the economic advantages of copyright have lapsed.

Are there additional rights issues to consider with music that may be entering the public domain?

Yes—absolutely. Copyright laws regarding published and recorded music are complicated, and even older, “traditional” music may be subject to copyrights filed by “song collectors” and others. Lyrics may be copyrighted separately from the melody, as in the “Happy Birthday” case cited above. New arrangements of existing compositions, including public domain compositions, are essentially treated by music publishers as new works, and therefore require clearing synchronization rights. Recordings of music introduce master use (or recording) rights. In other words, “It Had to Be You” may have entered the public domain, but not any of the many arrangements and recordings made in the decades since. To be free of encumbrances, you or your composer must create a new arrangement of a public domain song performed specifically for your film. When clearing music—even more so than clearing visuals—it can be a good idea to work with a specialist.

No. Some works created after January 1, 1923 and before January 1, 1964 might already be in the public domain, if the copyright holder failed to renew during the 28th year after publication. The renewal date even for some mainstream films was missed, as was the case with Rudolph Maté’s film noir classic, D.O.A. (1949); the Warner Brothers animated satire of Walt Disney’s Fantasia, entitled A Corny Concerto (1943); Francis Ford Coppola’s 1963 cult horror film, Dementia 13; and, also from 1963, Stanley Donen’s comedy/suspense classic, Charade. For this research, again, look to the Library of Congress.

Sheila Curran Bernard is an Emmy and Peabody Award-winning filmmaker and an associate professor at the University at Albany, SUNY. For more information, see www.sheilacurranbernard.com. Kenn Rabin is an award-winning researcher and consulting producer for narrative features and documentaries and an expert on the use of archival materials in film storytelling. For more information, see www.fulcrummediaservices.com.

END_OF_DOCUMENT_TOKEN_TO_BE_REPLACED

Music Rights Clearance: What You Don't Know Can Hurt You