'The Distant Barking of Dogs': An International Co-Production Case Study 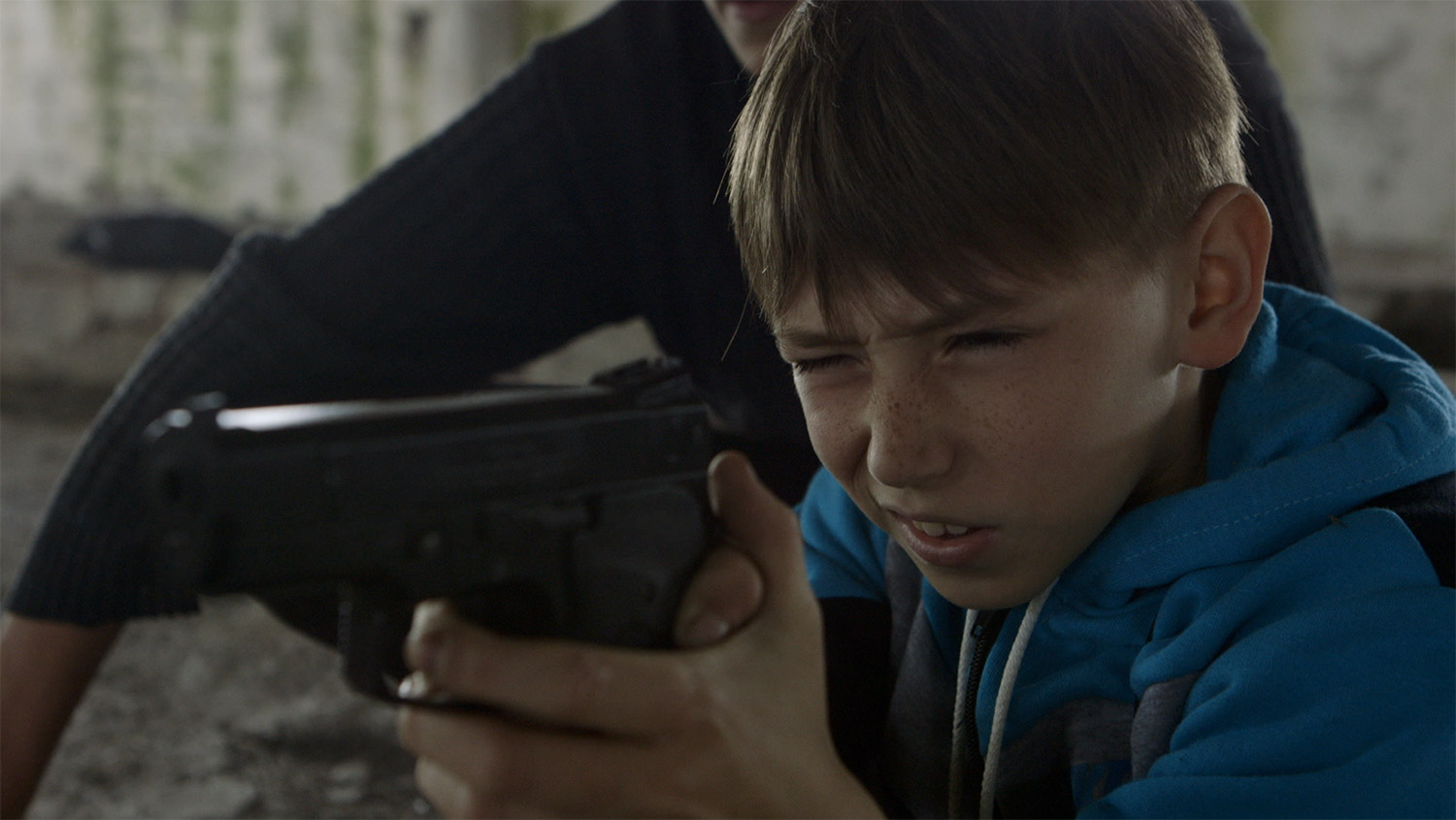 The Distant Barking of Dogs has received an impressive number of international awards—including two IDA Documentary Award nominations and an honorable mention for the Pare Lorentz Award—as well as resounding praise from film critics around the world. Documentary sat down with the film’s producer, Monica Hellström, to discuss the creative collaboration behind the film, the different co-production structures involved and the management of European and North American funding.

“It has been such a wonderful process to co-produce The Distant Barking of Dogs with international partners,” says Hellström. “Doing this film as a co-production has brought a big cinematic quality to the film. Our co-production structure has made it possible to work with a fantastic hand-picked international creative team. This team of co-producers and creative forces of composers, sound designers and graphic artists delivered a strong input and engagement from all involved countries. It simply took the creative input to a different level.”

Hellström, a producer at the Copenhagen-based production company Final Cut for Real, forming a close partnership with her Danish compatriot, director Simon Lereng Wilmont, in the creation of The Distant Barking of Dogs. The film is set in Eastern Ukraine. Over the course of a year, it follows the life of 10-year-old Ukrainian boy Oleg in a small village right at the frontline of war.

A Collaboration with Trusted Partners

The structure for the creative and financial realization of the film was, from a very early stage, planned as an international collaboration. “From the beginning we knew this would be a co-production with Sweden,” Hellström reflects. “I have made many co-productions with Tobias Jansson from the production company Story in Stockholm. This includes the two previous films directed by Simon. So for me it was natural to reach out to Tobias very early on in the process of this film as well.”

After arranging the initial co-production with Sweden, Hellström and Wilmont took the project to the Nordisk Panorama Forum in 2016. This forum is an essential meeting point for Nordic producers, as it brings together all the important Nordic film funds and broadcasters for two days of pitching, giving producers an opportunity to discuss potential new co-productions and creative collaborations.

“When we pitched The Distant Barking of Dogs at Nordisk Panorama Forum, we got a lot of positive feedback on the project,” Hellström recalls. “Especially from Finnish financiers and from the Finnish broadcaster Yle. Immediately after the pitch, I was approached by Finnish producer Sami Jahnukainen from Mouka Filmi. We quickly understood that we shared the same vision for the film, so we planned to move forward with a collaboration.”

Getting Funding and Creative Input in Place

As in most cases with co-production support, the funding from Sweden and Finland came with the requirement that the money be spent in those countries. The team thus had to make decisions around the creative input and expenditures of the film.

“With a co-production set up among us at Final Cut for Real in Denmark, Story in Sweden and Mouka Filmi in Finland, Simon and I had to take a thorough look at the options for making parts of the film in the countries of co-production,” Hellström explains. “The result has been, each co-production country contributed something unique. The Finnish sound design and the Swedish graphic design have brought something great to the film. The same goes for the music. All together, they have contributed with an approach and result that we would not have gained if the film had been made in just our own country.”

“In a way, the same kind of complimentary collaboration also happened around the music. Again, the co-production set-up facilitated creative inputs from different countries. We worked with Swedish composer Erik Enocksson and Finnish composer Uno Helmersson. The dark tone in the music compositions comes from the music delivered by Erik, and the more upbeat music was made by Uno. The combination of their music does something special to the film. There is something certain about the Swedish music tradition and tone, which fits very well to the Ukrainian universe of The Distant Barking of Dogs. The composer’s complimentary involvement has been a really great contribution to the film.”

In addition to pitching The Distant Barking of Dogs at Nordisk Panorama Forum, the producer and director duo pitched the project at the IDFA Forum in Amsterdam—the biggest,  most important documentary forum in the world, when it comes to international financing of documentaries.

The IDFA Forum pitch, along with great help from the sales agent of the film, Philippa Kowarsky from Cinephil, brought the potential for having one more co-producer join the project: the German/French broadcaster ARTE. The co-production came through the German part of the ARTE structure, via the channel Bayerischer Rundfunk and commissioning editor Monika Lobkowicz. This direct producer-to-broadcaster co-production structure complemented the producer-to-producer set-up that had defined the film.

These differently structured co-productions did not pose much of a concern for Hellström as the delegate producer. “Having ARTE onboard was great for us,” she asserts. “Not only do they provide great funding for the project, but Monika Lobkowicz gave input on the editing and completion of the project. For me it was an important thing, that this could be done through the German side of the ARTE structure, where you can co-produce directly with the broadcaster. This is different from the French side, where a French producer is always needed onboard as a co-producer. For this project I would have doubts about bringing one more producer onboard. Having a direct co-production with a broadcaster seemed like the right choice for this production.”

In her reasoning for not having more producers attached to The Distant Barking of Dogs, Hellström gets into some of her more strategic considerations behind working with co-productions. “The essence is that we are working with many of the same people again and again,” she says. “We have managed to find a number of collaborators across many countries, who have the same taste and appreciation as we do. The ability to then work with these people around many films and from this circle of collaborators, picking precisely the right team for each film, is the real long-term benefit and outcome from making international co-productions. It is important to agree about mentality and approach for the film you want to make.”

Hellström clarifies that possible difficulties in a collaboration often are rooted in the soft values, which we might take for granted. “The cultural differences can be complicated,” she explains. “What we in our country take for granted are not necessarily obvious in other countries. You need to have a good cultural understanding and you need to have a very detailed approached to how you synchronize work and match expectations for how things will be done. One of the reasons that it has worked without complications for The Distant Barking of Dogs is that the co-production has been done together with well-established partners.”

It Takes Time to Co-Produce

It Is Also about Co-Distribution and Networks

“In general, our collaborators on the film have offered us many values in addition to the funding they bring,” Hellström continues. “Distribution is one of them. But take Sundance, for instance. They have been an important partner in terms of giving credit to the whole production. It is a huge seal of approval to have them onboard, and it creates a lot of attention around the film. They are also providing a number of specialized resources for filmmakers, which have been great. Simon took a special course on how filmmakers in war zones and dangerous areas can take care of themselves in the best possible way. Sundance has also opened up access to many special relations to other filmmakers, which has brought a great network of colleagues and contacts. So this is important to keep in mind: Co-production and collaborations are often about much more than funding, and it can be an enormous resource on many levels.”

Cultural Differences as a Strength

Just as creative forces can complement each other in the creative process for a film, so can different funding structures in the documentary industry—particularly in terms of how they function in different continents. Hellström sees good possibilities in combining the different structures of the funding systems in Europe and US. “They each have their strengths and weaknesses,” she notes, “so from my perspective it is really about taking the best from Europe and combining it with the best from the US. For instance, the European funding structures often bring possibilities for getting development funding for an idea at an early stage and develop it more thoroughly. One result is that the director can spend more time with a main character and develop a closer, more intimate relationship. I think this often shows in the projects we develop in Europe. This means that as a European producer, I can bring strongly developed projects to US funders, without having too big of my own investment in the project. US investors see this as a big advantage, as it fosters strong projects with a possibility for investments to have a relatively quicker return than with many US-developed projects. It simply brings US co-producers and investors a better opportunity for getting their investment returned.”

Have a 10-year Perspective—At Least

When it comes to international co-productions, what does Hellström advise, above all else? “Find co-production partners that you would like to work with for at least 10 years,” she maintains. “As a producer, you have to look beyond the single film and establish a longer-lasting relationship to other producers. You should want to come back and co-produce with them again and again. As a producer you have many films in the making, so it is important to have in mind that you will need partners for many future films. So having an open and transparent approach is an investment, which should have a pay-off for many future co-productions.”

END_OF_DOCUMENT_TOKEN_TO_BE_REPLACED

Dispatch from Denmark: A Conversation with Final Cut for Real's Signe Byrge Sørensen