The DIY Route to VOD 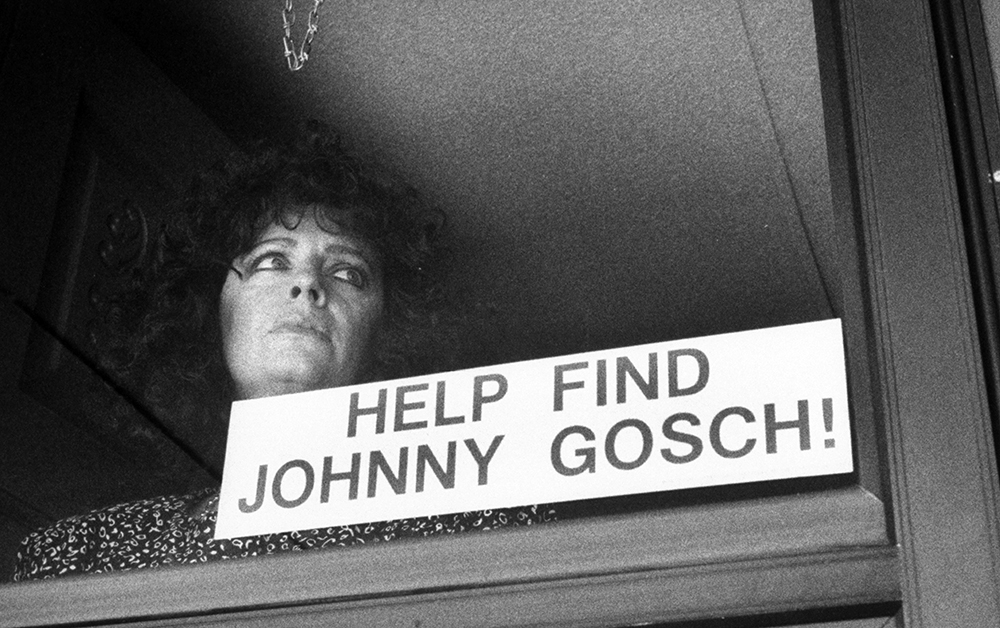 My partners and I have been making films for over 20 years. During this time the basic pathways of film distribution have shifted dramatically. The first big change took place in the late '90s and was sparked by the proliferation of high-quality/low-cost video, which made the process of filmmaking much more accessible. This led to a huge surge in the number of films being produced, thus creating a more competitive landscape in regards to both festivals and distribution. As the tools have gotten cheaper and the distribution platforms have become more plentiful, this landscape has been morphing more rapidly than ever. While access to the means of distribution has been opened up, it hasn't resulted in a complete storming of the gates. Instead, top-tier festivals have actually gained even more importance with both press and distributors because writers, editors, distributors and audiences are overwhelmed with the flood of options. While VOD outlets like iTunes and Amazon and SVOD models like Netflix and Amazon Prime have changed the way that people consume media, the old models of film marketing that rely on the festival launch and then a theatrical to frame publicity around still hold sway. These new distribution routes may mean that there are more ways to get a film to an audience, but the competition for eyeballs is fiercer than ever.

Through the course of our career, we have witnessed, and been buffeted by, this evolution of distribution quite directly. In fact, we've had to almost re-invent the distribution wheel each time we've completed a film in order to deal with the changes. With our most recent documentary, Who Took Johnny, we had to struggle longer and harder than ever. We learned a few things from our experience that I'd like to share with you. While we had a difficult time getting past the gatekeepers at the festivals, which meant it was almost impossible to attract media attention, our film focused on a fairly infamous story, which meant that we had a way to get it to an audience.

There are essentially three ways for a film to get made and reach an audience. In the most direct scenario, a well-financed production/distribution company pours its resources into making the film and then handles publicity, marketing and advertising directly. Through this coordinated effort, people hear about the project from a variety of media sources, which prime them to seek it out in theaters, on TV or on streaming platforms.

The second scenario involves filmmakers scraping together the resources to make their work independently of a distribution/broadcast partner. Once the film is made, they submit it to the top-tier festivals, giving it a launch pad for reviews and attention—which, in turn, paves the way for acquisition by a distributor, broadcaster or SVOD/VOD platform. However, while the majority of films find distribution in this manner, there are also a large number of films that, despite this launch pad, are not able to find distribution support. 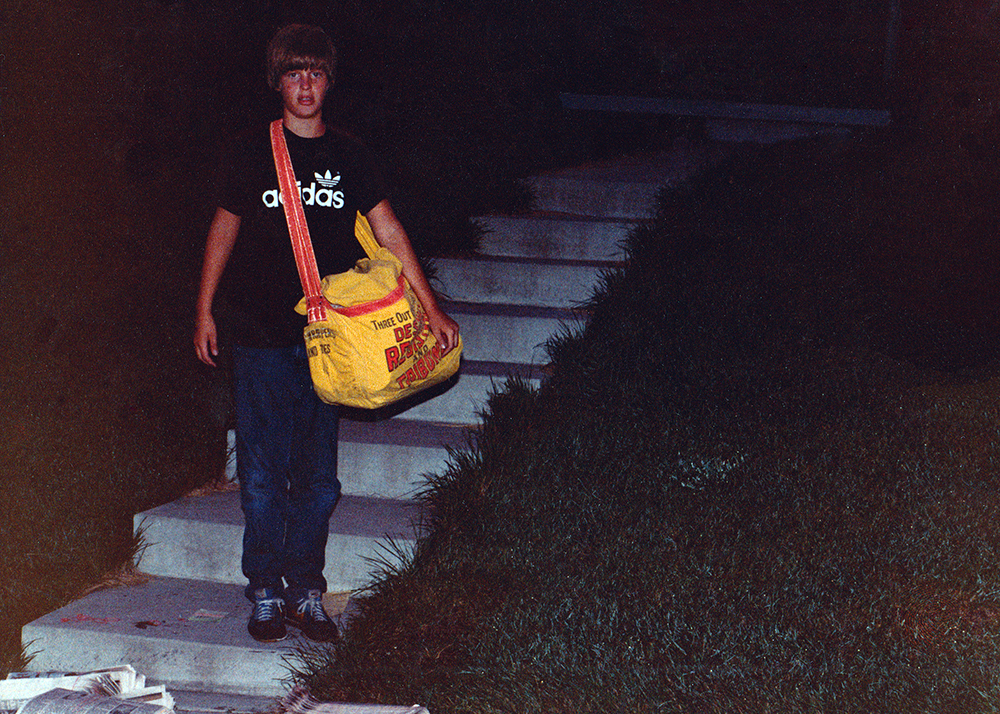 Nonetheless, these films have an advantage when it comes to the third way: self-distribution. This is by far the most difficult path to finding an audience because in order to be successful, word-of-mouth distribution actually requires a good deal of media support. But without a top-tier festival launch, or the engagement of a respected distributor, press coverage is difficult. However, while the streets of the VOD world may not be paved with gold, if filmmakers know their audiences, they can figure out a way to reach them.

As Richard Brody pointed out in The New Yorker last spring, this relationship between the mainstream distribution model and the media is pretty much broken, and it has left an increasing number of valuable films unwritten about, largely unseen and forgotten. A film with no media coverage leaves no footprint, digital or otherwise. As a contributing editor to this magazine and as a juror at a number of festivals, I have seen a steadily increasing flow of strong films fade into obscurity before they're even launched. This overabundance of films has given distributors, broadcasters and VOD platforms much greater leverage when negotiating with filmmakers. While broadcasters will provide realistic budgets for films that they are producing, their acquisition budgets have become profoundly smaller over the past 15 years.

My partners and I have always done everything we could to get our films made, despite the fact that we have rarely gotten funding for our films in advance. Instead, we have learned to do almost everything ourselves. Once we got them made, we had to learn to launch them out into the world ourselves as well. We've thrown them in a van and toured, showing them in rock clubs using 16mm projectors. When no distributor was interested, we put three of our documentaries, Horns and Halos, Battle for Brooklyn and Occupation: Dreamland into theaters ourselves—and they all made the Oscars Short List. But with Who Took Johnny, we hit the distribution wall like a semi going down the highway.

We were lucky enough to secure the support of MSNBC to get the film shot. They funded a commercial TV hour (about 44 minutes), and since we had already worked on trying to get the film made for 10 years, they agreed to let us make a feature after that had aired. While their funding made the shoot possible, we spent another year editing the feature, with minimal support from a Kickstarter campaign. Once it was finished we struggled to get it programmed at a high-profile festival. We accepted an offer to premiere it at Slamdance because, at the very least, we knew that the film world would be in Park City. But since the film was not in competition, we found it almost impossible to get press to pay attention.

For the next year and a half, we fought for exposure for the film—and it was mostly a losing battle. We talked to one distributor who liked the film but they were afraid the subject matter would make it impossible to market. Who Took Johnny focuses on the infamous disappearance of Johnny Gosch, who was the first kid on a milk carton; his mother believes he was kidnapped and brought into a pedophile prostitution ring. While distributors were wary, we knew there was a big audience for the film because the story is so widely discussed in conspiracy circles, and his mother has fought to keep it in the public eye for nearly 35 years.

While we had trouble securing press coverage, we did get to take it to a number of regional festivals, where the response was very strong. We then released it theatrically in Des Moines, the Goschs' home town, where it ran to full houses for weeks. In addition, I tried to share it with as many people as I could. We were later contacted by FilmBuff after they saw it listed in the Sidewalk Film Festival program. We had passed on working with FilmBuff a year earlier, but realized that we needed a middleman to get it up on the VOD platforms. They were also able to license it to Netflix. When our film finally hit Amazon in the spring of 2016, we had a strong base of support to rely on in order to get a word-of-mouth campaign going.

We got our first big bump when the increasingly popular podcast Sword and Scale tweeted about it and promoted it on their Facebook page. They had done several episodes about the story when they launched, so their audience was especially interested in it. We also got a great deal of support from people in Iowa, who were hungry to see it. We urged our Kickstarter backers, Facebook fans and our friends to help us out by sharing their thoughts on social media and by reviewing it on Amazon. Within a couple of weeks, our film reached number three on Amazon and number seven on iTunes. A few months later, it hit Netflix, and it's really taken off. We're continuing to do what we can to respond to tweets and get whatever press we can because, while we won't make any more money from the views, the success of the film on Netflix will presumably help us get our other projects off the ground.

Over the past couple of years, I have run across a few other filmmakers who have ended up distributing their own films via emerging platforms. Last fall I was lucky enough to see Christopher Everett's Wilmington on Fire at the Cucalorus Film Festival in Wilmington, North Carolina. Over the past year I have seen him continually work to spread the word through grassroots events. In September I was pleasantly surprised to see that The New Yorker had run a short piece about the film in advance of its VOD launch.

I reached out to him with a few questions about his process.

D: What have you done to get the word out about the film?

Christopher Everett: I've been promoting non-stop since I began filming in November 2011. As an indie filmmaker, you have to hit the ground running promoting as soon as you start development. Social media is really big, plus blogs. Indie/alternative media outlets are very good in regards to exposure too.

D: What you have done to build networks both in and out of the film world?

CE: Crowdfunding and social media is how I built my network. You have access to reach so many people that you would never have been able to connect with 20 years ago. D: What are your plans for the Amazon launch?

CE: I plan on doing pre-orders directly from my website and also on Amazon in about a week until the release of the DVD on November 10.

D: Did you work with a publicist for that?

CE: I didn't use a publicist for any of the promotion that I have done. I took a few online classes, plus a friend of mine has a PR background and she helped me out a lot in regards to drafting press releases and reaching out to media outlets. Most major media outlets actually reached out to me as the buzz of my film began to spread.

D: Are you buying ads?

CE: I haven't bought any ads as of yet. I buy Facebook ads all the time. They are very effective and don't cost that much. I plan on buying ads in certain media publications closer to the DVD release.

D: What kind of marketing are you doing?

Michael Galinsky is a filmmaker, photographer and musician. He and his partners Suki Halwey and David Beilinson make up the production company Rumur. They recently completed All The Rage, a film about Dr. John Sarno, author of Healing Back Pain; it is also a very personal film. They plan to get it in theaters this spring; for more info: alltherage.tv.

END_OF_DOCUMENT_TOKEN_TO_BE_REPLACED

In VOD We Trust: Navigating the Minefield of the Ever-Changing Distribution Platform

The DIY Decade: Docs Thrived in the Digital Revolution

Distribution Goes Hybrid: The New World Paradigm for Getting Your Film Seen