Engaging the Impossible: What I Learned from the Investigative Journalism Space 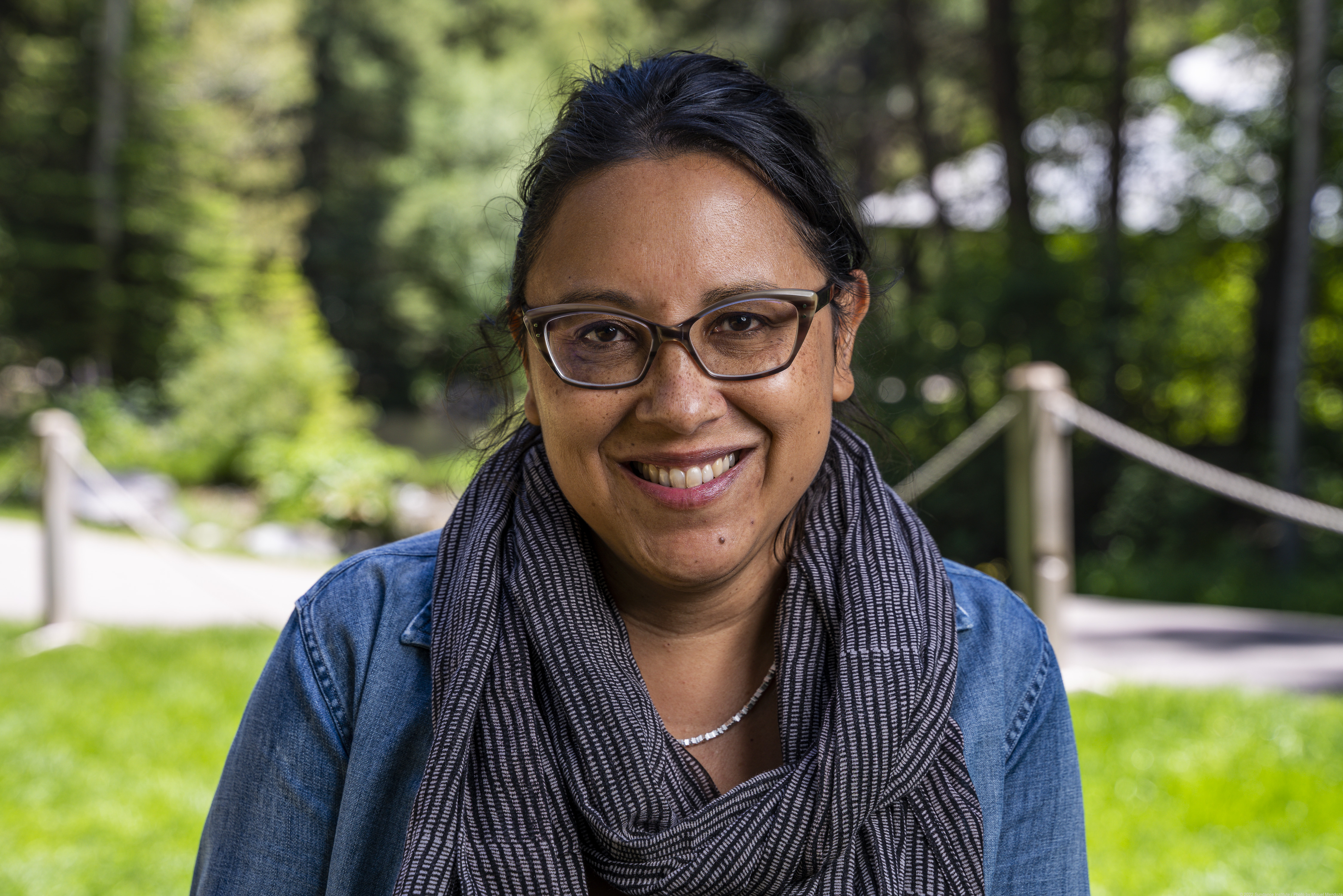 Editor’s Note: At the Doc Congress that  SFFILM presented as part of its Doc Stories this past week, Carrie Lozano, Sundance Institute’s Director of Documentary Film and Artists Program, delivered a keynote address to the community on collaboration, which we are sharing with you.

Hello everyone! It’s amazing to be in this room with all of you, physically and virtually. Thank you to SFFILM for inviting me here today. I like to acknowledge that I was the copyeditor for the San Francisco International Film Festival in 1999. It was my first paid gig in the industry, and ever since, I’ve been in a meaningful relationship with SFFILM, so being here feels like coming home.

I was invited here today to talk about the state of the field and funding, but looking around this room, I don’t think there’s much I can tell you that you don’t already know, and aren’t already experiencing. It’s tough out there for independents, and the ecosystem is struggling too; even the publicly traded companies are feeling the squeeze.

According to the Center for Media & Social Impact’s State of the Field Study:

That was 2020. We don’t know what those numbers are today. But the National Endowment for the Arts and Sundance have written a briefing that attempts to explain to policymakers the major challenges that independent filmmakers face, while emphasizing how essential they are to the economy, to the culture, to the for-profit and nonprofit media landscape that depends on their productions, and to a more inclusive society that values both who is behind the camera and who’s represented on screen.

The briefing is not an entirely grim outlook, but it provides some stark reminders of where we find ourselves:

Around 500 cinemas have shut down during covid.

Inflation is increasing the cost of production, as well as the cost of business for the full ecosystem.

And independent filmmakers, generally small businesses, lack a social safety net that includes healthcare, childcare and retirement, among other benefits.

While many of us always felt uneasy about the “Golden Age of Documentary” narrative, it still portended a lot of positive things that I hoped would last and grow. It seemed like it would put more filmmakers on a path to reach global audiences, to be sustainable, and to have thriving careers. For some this is true, but too many are struggling to sustain themselves and their artistic work. If the bubble hasn’t burst entirely on the nonfiction side, it’s definitely deflated. And, of late, I’ve felt a visceral sense of déjà vu.

As many of you know, I’ve had the privilege of working in both investigative journalism and creative documentary film. And while they are different pursuits, there are a lot of parallels:

For months now, I’ve been thinking back to 2008, when I became immersed in the investigative field and attended the first of many journalism convenings with the theme “the crisis of news.”  In 2008, the perfect storm of technology, consolidation, unfettered capitalism, and recession began crushing the news industry. The legacy business model, which had been built on ads and classifieds, could not withstand all those forces, and it began collapsing precipitously. It’s been on a downward decline ever since. Nearly 3,000 newspapers have shuttered since 2004.

During the last decade, and especially the last few years, we've experienced in the starkest terms what happens when you have a fragile media ecosystem, and in many places, a media desert: we have literally seen this vacuum become a threat to democracy, to public health, to people’s very lives. These are circumstances that were once unthinkable.

But here too, the news is not entirely bad. The “crisis of news” also propelled a period of innovation that’s in many ways thriving today. For example, the sprouting of nonprofit newsrooms like ProPublica, The Texas Tribune, and The Marshall Project. In 2008, there were only 27 members of the Institute for Nonprofit News; today there are nearly 400. There have been innovations in storytelling itself, like The New York Times OpDocs and the explosion and ubiquity of podcasts. And in a radical cultural shift, a way of working emerged that had been truly unthinkable in legacy media: collaboration between news organizations.

Historically, fierce competition, not collaboration, was the ethos within and without the newsroom. The notion of sharing story ideas, leads, sources, staff, scoops and editorial decisions was not just taboo, it was impossible, and had only occurred on a handful of dire occasions.

But in 2010, I had a front-row seat to the impossible: a collaboration among UC Berkeley’s Investigative Reporting Program, PBS Frontline, National Public Radio, ProPublica, and California Watch.

The multiplatform collaboration was so innovative at the time that the Knight Foundation gave UC Berkeley a significant grant to identify best practices for collaborative investigative reporting to encourage other news outlets to join forces and take advantage of different platforms, skill sets, and audiences. The idea was to share resources and to amplify, amplify, amplify. More reach, we all assumed, would mean more impact.

My job for two years was to report on the reporters, to get an inside look at what worked and what didn’t, and to do some reporting myself. I was there when we all squeezed into a living room for an emotional on-camera interview when we all awkwardly realized that audio and video require different questions. I was there when editorial disagreements between partners broke out. I was there when frustrated reporters felt utterly confused about who, exactly, was in charge of this thing.

It was incredibly intense, with a lot of communication issues and competing interests. In my exit interviews, one senior editor called the collaboration “sprawling”—and not in a good way. Another said, “The lessons learned are, in part, that we are still in the early stages of figuring out the technology and the logistics to coordinate across multiple platforms... It’s absolutely a fact; why wouldn’t we be?” Another advised: “...you have to extend trust and a willingness to share, and try not to make hasty judgments.”

Like most firsts, “Post Mortem” was ahead of its time on many levels. We didn’t have the sophisticated cloud-based tools that would make for much smoother sailing today. But the story was the holy grail, and it resulted in more stories. And most importantly, the reporting resulted in something we all care deeply about impact.

It also resulted in a set of best practices, which I had admittedly forgotten, until I was at the Sundance Producers Lab this summer, kicking off a conversation on communication, where a bell went off that the best practices can be applied to different types of partnerships.

A decade later, collaboration has become second nature for these and many other organizations, even within legacy newsrooms.

So, out of crisis, ingenuity took over. Smart, passionate, committed and bold organizations and individuals–beyond just this particular group–forged new ways of reporting and storytelling that have transformed the field. New business models have arisen. And an entirely new set of values and approaches has been embraced by mainstream media. It didn’t happen overnight, and it wasn’t easy or painless.

It’s incredibly fraught to try something new, to break the mold, to take a massive risk, to make mistakes, to push back on legacy and routine. But that’s what the artists we all support do every day. Sometimes the stakes are too high not to.

And therein lies my déjà vu. The stakes are too high for business as usual in documentary. They are too high for us to be laser-focused on the challenges and not the solutions. I personally feel that it’s urgent to fight for the independent and for a diverse and visible independent landscape. We should be convening “the crisis of independent film” conferences and using our vast well of creativity and organizing prowess to think beyond outside-the-box, and we should find ways to experiment and fail together. I don’t pretend to have a clear vision for the future; I’m just seeing a dimly lit path. And I know that where there is a crisis, there is opportunity. I truly believe that if the field comes together with a big idea, and decides that we are going to radically transform our way of working to help documentary storytellers survive and thrive, it can happen. I’ve been there before; why not do it again? Thank you.

Carrie Lozano is the Director of Documentary Film Program and Artist Programs at the Sundance Institute, where she works to elevate and support nonfiction filmmakers worldwide at all stages of creating and distributing new cinematic work. She is an award-winning documentary filmmaker, journalist, and former lecturer at the University of California at Berkeley’s Graduate School of Journalism.

END_OF_DOCUMENT_TOKEN_TO_BE_REPLACED

Carrie Lozano on Her Journey to IDA