Tribeca Film Festival has issues--from high ticket prices, to a program that is so expansive it is difficult to navigate, to major competition for attention in the city that never sleeps. But in addition to the problems, there were also precious moments and strong documentaries that launched at this year's festival. I asked some of the filmmakers who participated to share thoughts on what stood out for them during their experience in New York.

Postcards from Tora Bora, by Wazhmah Osman and Kelly Dolak, included in the Discovery program strand for new filmmakers, follows Osman as she returns to Afghanistan after having fled the war in 1979 while her father remained behind. "All parties, press conferences, workshops aside, my personal favorite moment happened towards the end of one of our screenings," she reflects. "Kelly, Stephen [Jablonsky, producer] and I were standing in the aisle watching the climax of our film when a woman ran out crying. I went out into the lobby to talk to her. When she saw me she just hugged me and kept crying on my shoulder. I knew it was time for the post-screening Q&A, but we just stood there crying together. I asked her where she is from because refugees tend to react strongly to the film. She said Afghanistan and she left. We didn't know each other, but we shared a moment of healing. Both of our childhoods were stolen by war."

Mohammed Naqvi's Shame is a portrait of Mukhtaran Mai, a woman who suffered gang rape as punishment against her family in rural Pakistan. She went on to accuse her attackers--an unprecedented action that resulted in punishment and later gains for her personally and for her community. "The highlight was coming back home to New York and to have Muktaran there also," Naqvi maintains. "The film was received so well, with sold-out screenings. It is such a different experience to have her there when the film was about their life."

A Walk into the Sea: Danny Williams and the Warhol Factory is a portrait of Danny Williams, uncle of director Esther Robinson, who was once Andy Warhol's lover and collaborator until he disappeared, leaving a mystery with layers only now slowly revealed through recovered films. The film took home the festival's "NY Loves Film" Award. Doug Block, native New Yorker and producer of the film, explains, "Tribeca couldn't have gone better for A Walk Into The Sea, but we had several advantages coming into the festival. The film won the Teddy Award for Best Documentary at Berlin, so it was already on everyone's radar. We had a very interested distributor who was looking to announce a deal at Tribeca, so, with such a large industry presence, it gave us--and our sales agent, Josh Braun--an opportunity to quickly drum up any competing offers."

Filmmakers also reported some problems too, from trailers not going online to disorganization at the venues. "As a New Yorker and a filmgoer, I'm more than a bit puzzled by Tribeca," Block continues. "It's still a young festival, but it just doesn't feel like there's any necessity for it yet. There are so many films in so many venues, and if you live and work here it's really hard to take the time out of your busy life to check out new films we've never heard of. So, those coming in without a lot of support or buzz-- like most documentary filmmakers--are at a huge disadvantage. The festival staff does a great job under trying conditions, and it's important to the extent that it gets a lot of attention."

"They should stay true to independent films and filmmakers," Naqvi adds. "Independent filmmakers aren't part of the huge parties and premieres, whereas at other festivals I've been too, particularly international events, the organizers do a better job of hosting all levels of filmmakers. Also, there are way too many films."

Astonishingly for a festival that boasted the US premiere of Spider-Man 3, Tribeca actually opened and closed with documentary films. Opening night was a call to continuing the discussion about global warming through screenings of shorts commissioned for Al Gore and producer Kevin Wall's SOS series. The films were made by documentary luminaries such as Amy Berg, Kevin MacDonald, and Heidi Ewing and Rachel Grady. The full series of 60 films will be part of the Live Earth concert series that launched on July 7.

Closing night saw Albert Maysles and Antonio Ferrera's The Gates, about the 2005 Central Park installation by the Belgian artist Christo. Maysles actually began work on the documentary in 1979 with his brother David. Christo's project, a "golden river" of fabric panels in Central Park, was quashed by the New York City administration at the time, but was finally approved 25 years later

Also great news for docs, the $50,000 Cadillac Audience Award for best film out of 157 features went to We Are Together (Thina Simunye), directed by first-time British filmmaker Paul Taylor. It is the story of orphans from the Agape School in South Africa who pool their talents to raise money for their orphanage and improve their lot in life. How? By singing their hearts out. Producer Teddy Leifer notes, "Everybody loved meeting them and hearing the 13 children from the film sing...We were fortunate to have Alicia Keys and Bono attend our premiere. One journalist reported that at the beginning of the evening Alicia and Bono were the stars and by the end there was no question that the Children of Agape were the main attraction." The film also garnered a Special Jury Mention.

The Best Documentary Feature prize went to Alex Gibney's Taxi to the Darkside, an investigation into the death of an Afghani taxi driver who died in US custody. Best Documentary Short went to A Son's Sacrifice by Yoni Brook, which also took the Audience Award for Best Short at Silverdocs in June.

Shortly after the close of the festival, Tribeca Institute announced some reorganization in upper management, perhaps in an effort to respond to issues raised by this year's festival. Chief festival programmer Peter Scarlet moved up to artistic director, while former managing director and programmer Nancy Schafer and consultant and IDA Board member Paola Freccero became co-executive directors, as well as senior vice presidents of Tribeca Enterprises. The president of the festival, Jennifer Maguire Isham, was moved to vice president of Tribeca Enterprises. 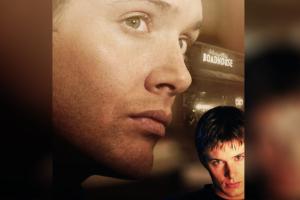 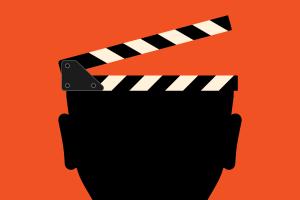 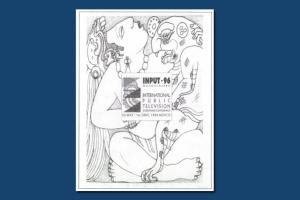 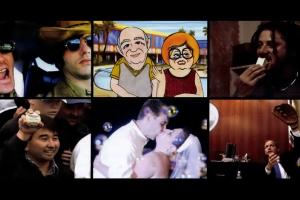 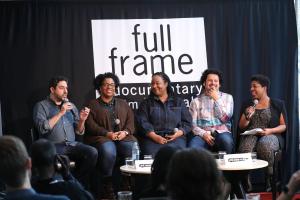