From Funder to Producer to Funder: The Learning Journey Continues 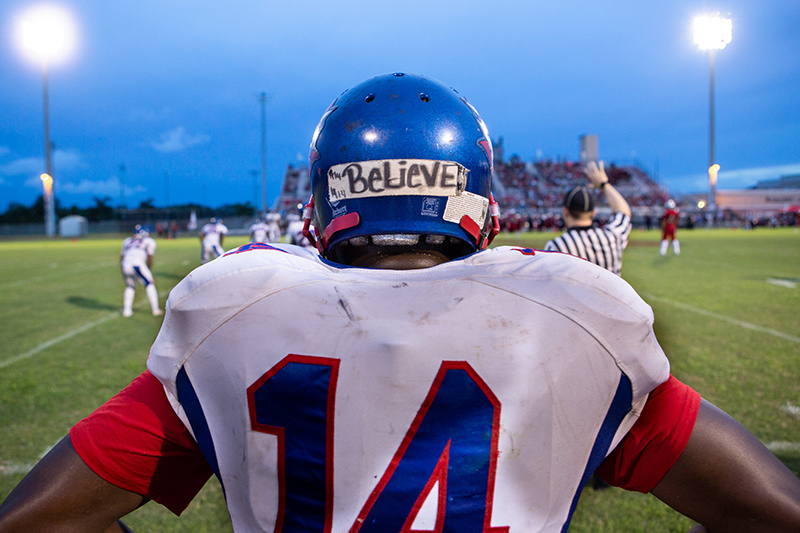 Over three years ago, I wrote in this magazine about my entry into the documentary film industry, some funding strategies I'd employed, and key lessons I'd learned along the way. I left the piece open-ended by design because I was still so new with much to learn and I thought I might someday want to write a sequel. Back then, I was in the throes of my first producing gig while also supporting other projects and film nonprofits with grants. I wondered what it would be like to operate as producer and funder simultaneously and how the experiences would shape my future place in the industry. Now, nearly four years on and through the massive disruption of a global pandemic, I have gained some clarity about my own role, even as the world around us is awash in the unknown.

When the piece was published, in May 2017, directors Ivete Lucas and Patrick Bresnan had just completed filming over 300 hours of footage that would become the feature documentary Pahokee. Documenting one school year in an agricultural community in the Florida Everglades through the experiences of four high school seniors, the film was my crash course in producing. During the nine months of production and nearly 18 months of editing and post, we also premiered two short documentaries: Roadside Attraction (TIFF '17) and Skip Day (Director's Fortnight '18). So, in addition to regular cross-country trips to central Florida, and Austin, Texas, where we did post, I spent the better part of two years on the festival circuit, supporting the shorts at Toronto, Cannes, LAFF, IDFA, Camden and more. For our nimble little team, it was so important for at least one of us to attend as many screenings as possible—and to travel with protagonists to premieres—to show festival programmers our appreciation for the chance to share the work with audiences and to meet other filmmakers. Strategically, we also knew we were gearing up to submit a full-length film and hoped that festivals would be more inclined to give it a serious look, having met us in person.

It was our first night at IDFA with Skip Day when we got the call from Lauren Cioffi at Sundance inviting us to premiere Pahokee in the US Documentary Competition in 2019. We'd done a really good job of convincing ourselves there was no way we'd get in, so “shocked” is an understatement! We were lucky to have premiered two shorts at Sundance (The Send Off '16 and The Rabbit Hunt '17), so we had a sense of the terrain, climate, pace and emotion of the festival. But, of course, the demands of completing a feature-length film and producing the commensurate Sundance experience is a whole other challenge that nothing truly prepares you for.

The path leading to, through and beyond the premiere is fairly well-trod territory and our story, however unique and meaningful to us, shares many characteristics with films released before and since. What's most relevant here is that we did it as a truly independent project: no pre-sales; no big-name funders or investors throwing release parties or shuttling team members around the mountain in black Acuras; no celebrity on screen or with an exec producer credit to drive interest; no controversial subject matter or public figure take-down to generate press. I may sound bitter here; I'm not. The point is that we, a trio of first timers, figured it out and made it happen with the guidance and support of a vast network of friends and collaborators—and it was magnificent. I'm extremely proud of that.

While the demands of full producing took center stage in 2017, '18 and '19, I also made good on my intention to executive-produce and make meaningful grants to a small slate of projects. My money was sometimes very early (The Hottest August and Aleph), in mid-production (A Photographic Memory and So Late So Soon), in post-production (A Machine To Live In) and right before the premiere (A Thousand Thoughts and Truth Or Consequences). While diverse in approach, topic and aesthetics, what these projects share is singular artistic vision, cinematic beauty, explorations of timeless ideas, and teams of the most kind, generous and fun people I could ever wish to work with. I'm grateful to have played a small part in helping all of these beautiful works come to fruition.

As my travel demands diminished in mid-2019, I looked forward to staying put for a little while and take stock of what I'd learned about the industry, filmmaking, producing, EPing and funding—and to use this new knowledge to make some decisions about my future. If I was going to continue to produce, it would be time to start actively looking for new projects and to get to work on developing the next film with Patrick and Ivete.

Producing and executive-producing simultaneously had raised some issues that I felt needed resolving. One role, producer, is a line item in the budget with an accompanying salary or fee; the other, EP, more often than not, is someone who contributes financially to a film, either via investments or grants. As a person who has the capacity to put money into projects and the great good fortune to not need to support myself through filmmaking, it began to feel confusing—and then frankly unethical—for me to do both. I'm not saying it can't work: There are creative ways around it, and transparency is key, but I didn't feel good about this confusion.

So I decided I needed to choose one or the other: produce, and draw whatever income any other producer would expect; or exec-produce, and keep the resources flowing into the field.

I decided that my grants do a ton more good for a lot more people than my producing did or ever would, so I put producing behind me and became a full-time EP. I wouldn't have felt good about removing those resources from an industry in which funding is already so scarce. I also believe that my working for free was deeply problematic during a time when producers are rightfully advocating for greater career sustainability. This was an easy decision in line with my core values, but not without downsides. While I won't miss probably 85 percent of the work of being a producer, the 15 percent rewards that come from being an integral member of a creative team are hard to leave in the past.

I am deeply grateful for the experience I had as a producer and the clarity of purpose that now drives my work. Without the pressures and responsibilities of full producing, I can be as active an EP as each project and team requires. I have a much better understanding of good producing practices to guide my due diligence as I evaluate projects to support. I know firsthand the ups and downs over the lifespan of a film and have the patience to weather and navigate the unexpected, but inevitable, challenges that arise and require creativity and adaptation to meet. And when in-person festivals come back, I can celebrate the rewarding moment when the film first meets an audience at premieres with the teams that have become such great friends.

My current funding portfolio reflects my time as a producer and the deep respect I developed for the job and the people who perform it day in and day out, year upon year. I am a proud founding funder of the Documentary Producers Alliance and Dear Producer, two initiatives that didn't exist in 2017 and are now impacting the field in powerful and positive ways. I see these as super high-leverage grants; for relatively modest amounts in the grand scheme of things, so many professionals in our industry benefit. These two new grants were already in process before the COVID-19 crisis hit, and the ways the organizations have responded to this moment have only made me feel more excited to be involved. I am in no way covering their full budgets, and I invite anyone interested in supporting this work to get in touch.

The arrival of the pandemic and the disruption to the film business impacted my grantmaking in three ways: one, I made all of my pledged grants earlier in the year to help meet immediate cash flow crises; two, I removed all restrictions to provide the organizations maximum leeway to use the funds to respond in the way they see fit; and three, I decided to keep supporting film projects even in—actually because of —the uncertainty of these times. But as 2020 ground on, my capacity for creative inspiration went utterly dormant and my concern for the security of the election became acute. I wanted to wake up on November 4 with the feeling that I'd done all I could to help ensure the election was free and fair, so I (anonymously) took the One 4 Democracy pledge and over the course of six months doubled my annual giving, directing grants to a range of nonprofits protecting the vote and promoting sound journalistic practice.

For all the experiences and learning I've gained since May 2017, I'm doubling down on the commitment I made back then: to support unconventional nonfiction filmmaking and the organizations that help ensure the work gets made and seen through artist-focused fellowships and grants. Since the films I'm most passionate about rarely have massive commercial appeal, I am an enthusiastic grantmaker. Looking ahead, I'm excited to more deeply explore the role of philanthropy in this wild industry of ours, and if there are ways we can do it better in service of independent artist career sustainability. And to hopefully play a small part in shaping a more equitable, accessible and artistically exciting post-pandemic reality for all of us.

Maida Lynn is the founder of Genuine Article Pictures. Pahokee was released to over 100 theaters via digital theatrical last spring and on PBS’ America Reframed in February 2020. She also serves on the board of The Roxie Theater (San Francisco, CA).

END_OF_DOCUMENT_TOKEN_TO_BE_REPLACED

Learning By Doing: One Funder's Journey So Far