Learning By Doing: One Funder's Journey So Far 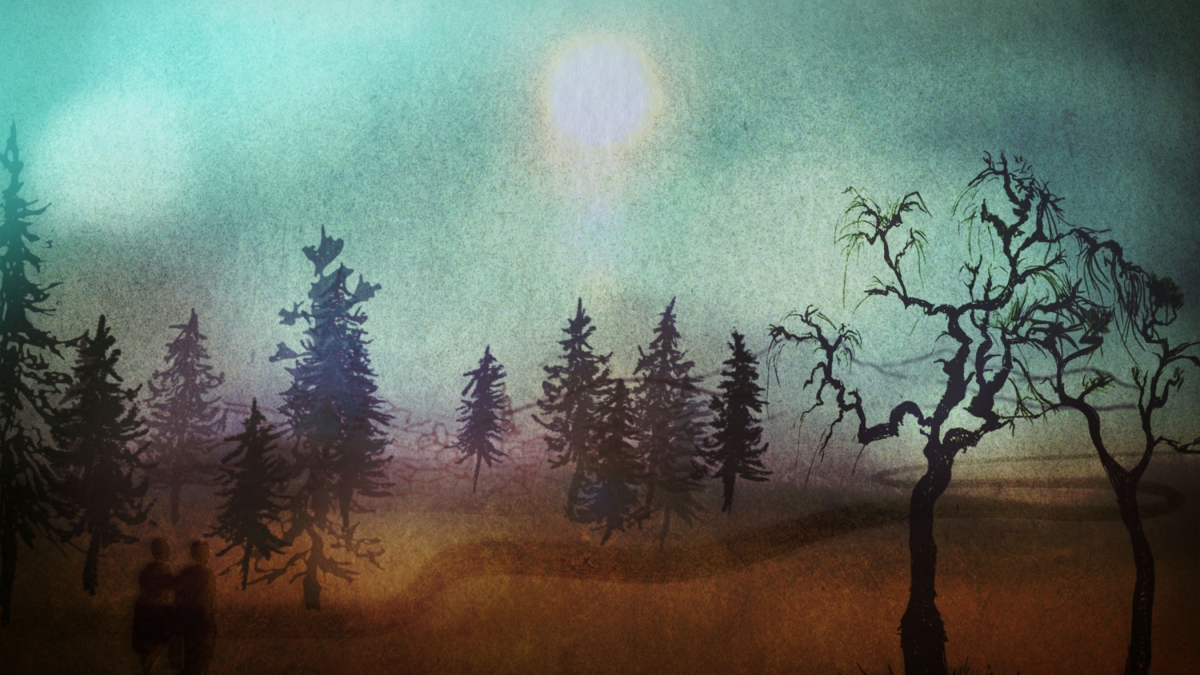 My father was a dedicated and thoughtful philanthropist, whose estate plan included a deposit into a donor-advised fund in my name. Once the fog of grief lifted after his death, I embarked on an intense quest to discover a passion to support. When in 2014 I learned that making documentaries often requires grants, I couldn't believe my luck. A lifelong lover of stories, with a deep appreciation for aesthetics and some philanthropic capacity, I found my calling.

I dropped right into the heart of the "art vs. impact" debate. At Good Pitch NYC and Getting Real that fall, keynote speakers, panels and side conversations explored questions like "Is documentary film a means to an end, or an end unto itself?," and "In an age of philanthropic fixation on measuring impact, what will we accept as evidence of the effect of a documentary film?" Filmmakers expressed deep frustration with a funder community seemingly privileging projects with explicit social change agendas. From the start I felt unmoved and sometimes downright skeptical about using documentaries as a tool in service of a larger cause. It was more of a felt sense than anything I could formulate into a cogent thought. People asking me, "What topic are you interested in funding?" compounded my unease. My stock answer became, "I'm topic-agnostic," which meant, "I don't have one," or "I'm not moved by a topic," or "I'll see a film about any topic as long as it's good." If I wasn't motivated primarily by subject matter and wasn't compelled to use films to advance a social message, then what would I support?

I was familiar with the focus on impact from my prior career in education and youth-serving nonprofits. During that time the philanthropic sector was also engaged in debates about making unrestricted versus program-targeted grants. Over the years, funders had developed an affinity for the latter, which can provide a direct connection to program activities and a clear understanding of how their dollars were being spent. The downside was that, for nonprofits, finding support for overhead costs became very challenging. I was persuaded by the case that nonprofit leaders are the experts in their field, and that if you've done your due diligence as a donor and are ready to make a grant, it's best to let those leaders allocate the funds in the most optimal way to achieve the mission. If this meant paying for un-sexy expenses like rent, salary and health benefits, so be it.

When it comes to documentary film, if you think about it, film grants are program grants. Filmmakers apply for funding for films; other than line items for salaries, there's no accounting for the true overhead costs of filmmaking, let alone expenses incurred between projects. I became fixated on this, wondering if the lack of vehicles to support film makers instead of film projects contributes to the challenge of sustaining a career in the field. I also wondered, As a donor who prefers unrestricted grantmaking, how can I support creativity without contradicting my values?

Very early in my exploration, I was told by a number of funders, "You can have a really big impact with small grants; $5,000 or $10,000 can go a long way for a film." To a grantmaker, especially one working with a relatively limited budget, that's a seductive sell. And it's true: a well-timed grant of that size can extend an editor's contract, or cover travel expenses for an important shoot, or pay to license the perfect song.

After about a year of research, I was itching to put a strategy in motion, one that was designed to meet the needs of filmmakers and afford me a way to deepen my learning by getting on the field of action. I designed a "Momentum Grants" initiative: rapid-response grants available to filmmakers to ensure no critical story elements were lost due to lack of cash flow. I knew better than to subject myself to an open call, and I was still struggling to understand my criteria for supporting one project over another, so I sought experienced funding partners to run the program on my behalf. I offered each a one-time grant of $50,000 to be distributed to film projects on an as-needed basis for 12 months, plus a $7,500 grant (or 15 percent) to the partner organization as a consideration to administer the program. To eliminate the overhead of a new application process, I suggested the partners make this opportunity available only to existing grantees; beyond that, each organization was free to develop whatever process and criteria made most sense to it. Also, they were not required to get my permission for each grant; I only asked for quarterly reports of grants made. Speed was of the essence, and I trusted my partners to make good decisions about how to distribute the funds.

I could not have asked for better co-conspirators than BritDoc Foundation, Catapult Film Fund and Chicken & Egg Pictures. Each was willing to take this ride with me and was glad to have a pool of funds set aside to ensure that grantee projects would not stall. At the end of the 12 months, we agreed the goals had been met: collectively, we quickly distributed $248,744 to 29 films (one partner supplemented my grant with matching funds of their own). The average grant size was $8,292 and ranged between $1,000 and $15,000. Because we did not stipulate what these funds should pay for, the grants revealed areas of urgent need in the field. The grants fell into six categories; from largest to smallest in total amount granted, they were:

• Fixed Costs: $87,500 (8 grants): These grants paid for personnel such as editors and composers, as well as other fixed costs like archival materials. They tended to fall toward the end of projects, and some arguably overlapped with the "Festival Submission" category: in some cases, the personnel compensated were key to finishing a film in time to submit to, or screen at, a major festival such as Sundance and Tribeca.

• Festival Submission: $42,500 (4 grants): Support for costs related to end-stage needs to submit to festivals, such as sound mix, color correction and DCP production.

• "Money for Money": $32,166 (4 grants): These grants enabled filmmakers to create fundraising materials and/or unlock other sources of financial support, such as matching grants and NEH funds.

• Legal/Security: $25,000 (4 grants): For teams working in challenging environments and/or dealing with uncooperative subjects, requiring funds to bolster their legal standing.

• Development: $15,000 (2 grants): One film received a grant to conduct casting and the other for a developmental shoot.

To a seasoned filmmaker and funder, these results likely come as no surprise. But to me, who at the beginning of this had only a vague notion of film budgets and cash flow, the data were revelatory. While the original intent was to ensure critical narrative developments wouldn't be lost due to limited funds, just 19 percent of the total (or $46,608) funded these needs. All of the other grants (maybe with the exception of "Money for Money") paid for expenses that all film projects incur, but because of the nature of documentary financing, rarely have the cash on hand to pay for.

Feedback from my partners and the recipient filmmakers was overwhelmingly positive. As pleased as I was with the results of this initiative, however, I was motivated to retire the program and shift my resources for 2017 by several insights I gained along the way. Remember my preference for unrestricted grants? I realized, only once deep into this program, that my partnership structure was nearly the most opposite kind of grantmaking, where partner organizations received very little direct support but instead acted as pass-through agents for my funds. I felt it was critical to realign my strategy with my core values, and I therefore earmarked 50 percent of my annual budget for unrestricted grants to filmmaker-development organizations. There aren't very many of them, and the excellent work they do in support of filmmakers is critical to maintain a vibrant US documentary film industry.

The other half will go directly to films. Taking a couple of years to watch loads of movies has helped me develop a better sense of the kind I wish to support and made me feel more confident to jump into those that resonate most. I'm still formulating the language to describe it, but for now I'll say I'm particularly captivated by the "how" of storytelling - the visual language and aesthetic choices - with the "what" taking a back seat. Watchers of the Sky, 20,000 Days on Earth, Stories We Tell, Notes on Blindness, LoveTrue and The Prison in Twelve Landscapes are a handful of the films from the past few years that have profoundly moved me. I've always been a form-and-structure junkie of the printed word, and I'm surprised it took me this long to make the connection to visual storytelling.

Once I decided on these priorities, I felt compelled to have a strategy for the size of the film grants I would make this year. Smaller ($10,000 - $20,000), strategically timed grants to more projects? Or fewer, bigger ($50,000) production grants? Three considerations influenced my decision: One, I want to approximate unrestricted funding in this field to the extent possible; two, which is related, the insight that the small Momentum Grants given last year - while valuable - perpetuated a system in which filmmakers must constantly chase the next grant; and three, I am also producing a feature documentary for the first time, and the challenges of securing funding are no longer an abstract concept but a very real lived experience. So I decided to try the "fewer, bigger" approach this year, which means I can support just four films per year.

I realize other funders have valid reasons for making smaller grants. But with few granting more than $25,000 at a time nowadays, there is an opening for other funders to make some big bets as a valuable component of the ecosystem.

In just a year, I've gone from making $5,000-$10,000 grants via intermediaries to granting $50,000 directly. Because I work on my own, I am not in a position to run open calls, nor can I take unsolicited requests for grants. I rely on a network of trusted colleagues to tell me about projects that may interest me, knowing there are many out there I'll never know about – and that I'm going to say "no" more often than I say "yes." I am excited to be an active team member, providing resources in addition to finances to see a creative vision to fruition. By this time next year, it's possible I'll have a few films complete and it'll be time to tackle the next challenge: distribution. Will this year's experience cause an adaptation to my approach in 2018? Only time will tell.

Maida Brankman is the founder of Genuine Article Pictures. She is currently producing a feature documentary with Patrick Bresnan and Ivete Lucas (makers of the short docs The Send-Off and The Rabbit Hunt) and executive-producing Forgiveness, A Photographic Memory and Queen of the Battling Butterfly Brigade.

END_OF_DOCUMENT_TOKEN_TO_BE_REPLACED

A Face in the Crowd: Kickstarter's Liz Cook Charts a Sustainable Path for Documentary Crowdfunding

Creating a Path for Sustainability in the Documentary World