How to Get Real: The Producers Explain the Conference 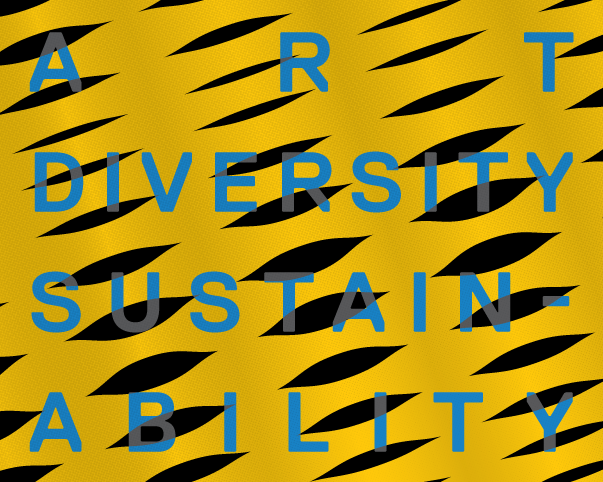 The three-day agenda of IDA's Getting Real '16 conference contains as many strands: art, diversity and sustainability braid together to form a rope, offering the entire documentary community a way to climb.

"Programming a conference" accurately describes the Getting Real team's ultimate task, but it doesn't adequately evoke their process, which has been responsive, mindful and organic.

Ken Jacobson, the conference's director of programming, with IDA Executive Director Simon Kilmurry, launched a dialogue in early 2016 with artists around the country, inviting them to unpack their needs. "We held a series of three meetings with about 20 to 30 filmmakers, one in New York, one in Los Angeles and a third in Chicago," Jacobson explains. "We held those meetings specifically to hear what filmmakers had to say and to try to synthesize what their biggest concerns are and what they wanted us to focus on.

Right away, the conversations with the artists provided key insights, helping Jacobson determine that the Getting Real conference needed "practical skill-based takeaways" with effective ways to create "new, stronger relationships with a strong networking component," plus "engagement in ideas and issues that affect the individual filmmaker but also the field as a whole."

Next, Jacobson recruited filmmakers and industry innovators Katie Chevigny, Jai Tiggett and Chloe Sosa-Sims to round out the programming team. "I think the most important decision I made by far was bringing on the three of them," Jacobson says. "They are all outstanding in their own way and are a really outstanding team. Each brings a broad and deep perspective to the issues."

Chevigny is an award-winning filmmaker and a co-founder of Big Mouth Productions. Her films have been shown theatrically and on HBO, Cinemax, POV, Independent Lens, NBC, Arte/ZDF, Britain's Channel 4 and others, and have played at film festivals around the world, including Sundance, Tribeca, Full Frame, SXSW, IDFA, Sheffield and Berlin. Her experience and philosophy intersect with the conference's goals. "Part of the Getting Real conference is to have that real conversation that sometimes is just the behind-the-scenes conversation," she explains. "We want to make that the in-public, open conversation. We have an opportunity to tackle some big-picture issues that often get left behind if you're busy at a festival focusing on films or career business."

Tiggett is a producer and writer whose work spans film, television and new media. She is the producer of Little Brother, a 10-year educational docu-series distributed by Third World Newsreel. She has created content for Al Jazeera Plus, Doc Channel, Issa Rae Productions and Revolt TV, among others. "IDA's Getting Real conference is a singular opportunity for the documentary community to gather in a democratic environment and discuss issues regarding their work and the field as a whole," she asserts. "The tagline is 'Together. Stronger,' meaning that when we work together and share information, it strengthens us all."

Tiggett explains why each of the three strands is so significant. "The conference seeks to strengthen our artistic work; help assure that filmmakers' careers, and the field, are solid and sustainable; and ensure that people of all backgrounds in documentary are validated and heard," she maintains.

Chloe Sosa-Sims is a Toronto-based director/producer whose background spans 10 years across film festivals, markets, distribution/aggregation companies and production. Dan and Margot is her feature debut. In 2013, she launched Silence & Space Productions Inc., and today she co-heads the Toronto chapter of Film Fatales.

Sosa-Sims joins the team as an industry innovator, with five years as the industry programmer at Hot Docs in Toronto. "I worked on festival programming but also on initiatives that supported documentary filmmakers," including designing "a meeting market for filmmakers and buyers," where she "matched producers with buyers to try to find the right fit for their projects."

During the regular programming meetings for Getting Real, Sosa-Sims has noticed "a real sense of investment on everyone's part, which is exciting because I feel like there is something different about having filmmakers, people working in the field, being a part of the programming process because they are really invested in these issues and wanting to see change." Although festivals can feel bound by "the needs of partners and constituents and the public," Sosa-Sims explained, this conference "really is getting past that status quo."

Chevigny agrees. "We're really pushing ourselves. Sometimes we come up with the idea for a panel and then we're like, ‘That's just a tip of the iceberg.' Or, ‘That's just the basic version of that topic.' And we want to have the real conversation that people would ask under their breath afterwards to each other. We want that to be what the conversation is about."

Each phase of the process was built to ensure it stayed filmmaker-focused. "Our first meeting, Ken said this process should be very personal for us in the way that creating a film is," Chevigny recalls. "You should let your personal inspiration help to drive forward some of these actual panel ideas, which I thought was a really unique way of looking at it, but makes so much sense when you as a filmmaker are dealing with these issues every day."

The four considered the foundation built by the 2014 conference while deciding how to implement the ideas and themes that emerged from the first-phase filmmaker dialogues. Jacobson frames the experience in a filmmaker's terms, comparing the programmer's job with "starting with a six-hour rough cut, knowing you eventually need to come up with a really finely honed 80-minute film."

Regarding sustainability, Sosa-Sims summed it up: "It's hard to make good art if you can't make a living." The three strands of sustainability, diversity and art are inherently integrated, Chevigny explains: "The issue of sustainability does intersect with issues of diversity, of class, race and gender. If it's an unaffordable career path, then that's going to disproportionately affect women and people of color." She's explains that diversity is directly connected to sustainability in another way: "One of the important things that sustain us is our feeling that we belong to a community with a certain broad set of shared values around our art." And one of those shared values is diversity. The programmers hope to offer a space that activates more industry-wide change and inclusion.

Tiggett explains how the Getting Real team is putting ideas into practice. "One of the centerpiece events of the conference is a keynote conversation between filmmakers Shola Lynch (Free Angela and All Political Prisoners; Chisholm '72: Unbought and Unbossed) and Ava DuVernay (The 13th; Venus Vs.). This is the first public conversation between these two dynamic filmmakers, who have worked together in the past and have much in common regarding technique, sensibility and themes of social activism in their films."

"Another conference event, ‘When the Lion Learns to Speak' plenary session with Firelight Media, examines the cultural, social and financial implications of the filmmaker/subject relationship," Tiggett explains. "We'll be joined by film teams from The Seventh Fire, The Black Panthers, Southwest of Salem and The Interrupters. Rather than simply talk about inclusion, we are actually including these and other marginalized voices in documentary. We are elevating their platform to talk about their concerns. We are working to create an environment where everyone belongs."

The programmers are also putting "the spotlight on emerging filmmakers as well as women and filmmakers of color who are doing great work but aren't getting the attention they are due," Chevigny adds.

There's greater inclusion within the industry, too. As Chevigny points out, there will be shared emphasis on the craft of editors, producers and cinematographers - not just directors.

"Ideally," Tiggett adds, "filmmakers will leave the conference armed with new knowledge and resources to help move their films and their careers further. They will also feel a renewed sense of support and community with their fellow filmmakers and industry."

Jacobson echoes the team: "Probably the most important thing that Getting Real can do is bring the community together and create the kind of environment where the filmmakers can be a tighter group that continues to support each other well after the conference is over - and hopefully for the rest of their careers."

Suz Curtis is a screenwriter who lives in Los Angeles with her 13-year-old Chihuahua, Choochie. She recently received an MFA in Screenwriting from UCLA.

END_OF_DOCUMENT_TOKEN_TO_BE_REPLACED

Filmmakers to Ignite Change at GETTING REAL 2014

Five for Filmmaking: A Quintet of Documentarians Discuss Career and Life Choices