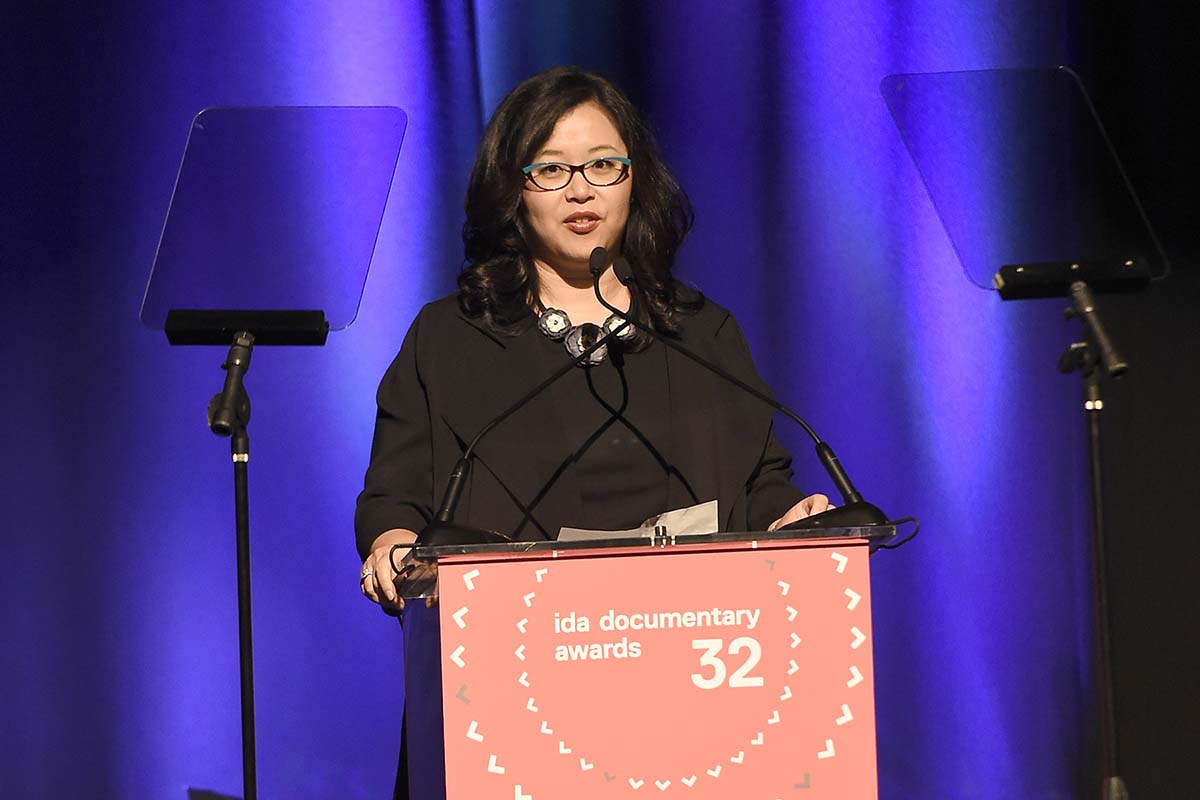 As IDA celebrates its 40th anniversary, we at the MacArthur Foundation are also reflecting on our 40+ years in the documentary field and how independent creators have shaped our program.

We funded our first documentary film in 1979, one year after we were established. During the ’80s, we funded 10 more films, and then between 1990 and 2015, we directly supported 250 independent documentary projects and hundreds more through partner organizations. From the very beginning, and still true today, MacArthur’s investments in documentary films were motivated by an appreciation for the role that independent filmmakers play in telling authentic and alternative stories that are often missing in, or misrepresented by, mainstream media.

Over the decades, the program has maintained a focus on funding social issue documentary films and series that reveal the human side of policy debates, while also building the infrastructure of organizations and supporting individuals from diverse backgrounds to become independent filmmakers and succeed. Along the way, our grantmaking priorities have naturally evolved as the landscape for documentary film has changed. But in looking back at the important pivots we made in our strategy and approach, particularly in the last 10-15 years, I am reminded of the many independent voices that have challenged and guided us to stay true to our mission.

Early in my MacArthur career, I had been assigned to work on the media program; an experienced and successful filmmaker of color shared a critique of public media with me. Their careful observations and analysis found that even though public media had a strong record of supporting and broadcasting films that explored the experiences of people of color and the issues their communities face, most of those films were made by filmmakers from outside of those communities. This led us to take a closer look at our own funding outcomes. And it turned out that we had fallen into a similar pattern by preferencing more experienced filmmakers with extensive track records, thus reinforcing historic and systemic inequities for makers and voices of color.

From that moment on, we began to scrutinize our processes and came to understand that our criteria narrowed access and opportunity for many. We needed to change the way we invited and reviewed proposals. One significant change was shifting from a rolling deadline to an annual open call. In doing so, we were able to look at many projects at once (typically 400 or more!), assess risk differently due to a portfolio approach, and weigh different values and priorities against each other.

Even with this important change, and although we were successfully supporting a more diverse array of filmmakers, we continued to be self-aware of our institutional bias toward projects that were further along and toward films that were more likely to secure national broadcast and distribution. Thus in 2016, we decided to decentralize our funding of documentary films. We made significant multi-year commitments to 15 partner organizations (up from six) that would not only regrant MacArthur funds but also provide other essential support and services to help an even wider set of filmmakers succeed.

In addition to expressing their disappointment that MacArthur was ending direct support to independent filmmakers, members of the field let us know that they were not satisfied with our initial list of partners. Several filmmakers took us aside and compelled us to recognize that while these partners, many of which worked for decades to support filmmakers of color, were an essential part of the documentary ecosystem, the Foundation was neglecting and undervaluing a new generation of emergent collectives and BIPOC-led organizations that were addressing critical gaps in the field. Over the next few years, we worked to remedy this situation. Today, MacArthur has 23 organizational partners that regrant our funds, support experienced and aspiring filmmakers from diverse backgrounds, present nonfiction multimedia storytelling in festival and interactive formats, and advocate for greater inclusion, power-sharing, and accountability in the documentary field. Since 2016, MacArthur has invested more than $41 million across these partner organizations.

But there’s still much more to do. Inside MacArthur, within the documentary field, inside award jury rooms, and across the media sector more generally, the conversations about representation, equity, ethics, authorship, appropriation, and access to capital continue, as they should. And those who challenge the powers that be are the independents from the field, often filmmakers and strategists of color, who are calling on the gatekeepers, the funders, the festivals, and the broadcasters to do better. This is an enormous weight on the backs of individual artists and activists who do not have regular incomes and whose careers are often dependent on the very institutions they are holding to account.

Thanks to many other mid- and senior-level staffs of color at documentary organizations who came to us in recent years, we are also aware that recent leadership transitions have placed heavy and sometimes unrealistic burdens on new executives, who are frequently the first persons of color to lead those organizations, to deliver on pent-up and postponed ambitions. Related to this, many BIPOC staff have shared their frustrations about the lack of management-level training and growth opportunities, which prevents talented individuals from aspiring to and attaining CEO jobs in the documentary sector.

As Lauren Pabst, MacArthur’s senior program officer leading this work, and I learn about and lean into these difficult issues, we are grateful for the frank conversations we have had. We also are fortunate to have had a continuous honest dialogue with many executive directors, which we attribute in part to MacArthur’s tendency to provide multi-year general operating support. We believe this approach has helped us to develop longstanding relationships that engender more trust, openness, and constructive feedback. Even in our discomfort, as some have pointed to our complicity and negligence in addressing persistent inequities, we always start from a place of gratitude, humility, and solidarity with the independents who educate, enlighten and inspire us. As we continue this work, we invite and look forward to many more frank conversations.

Kathy Im is Director of Journalism and Media at the John D. and Catherine T. MacArthur Foundation.

END_OF_DOCUMENT_TOKEN_TO_BE_REPLACED

Considering Documentary through Multiple Perspectives: A Conversation with Chi-hui Yang