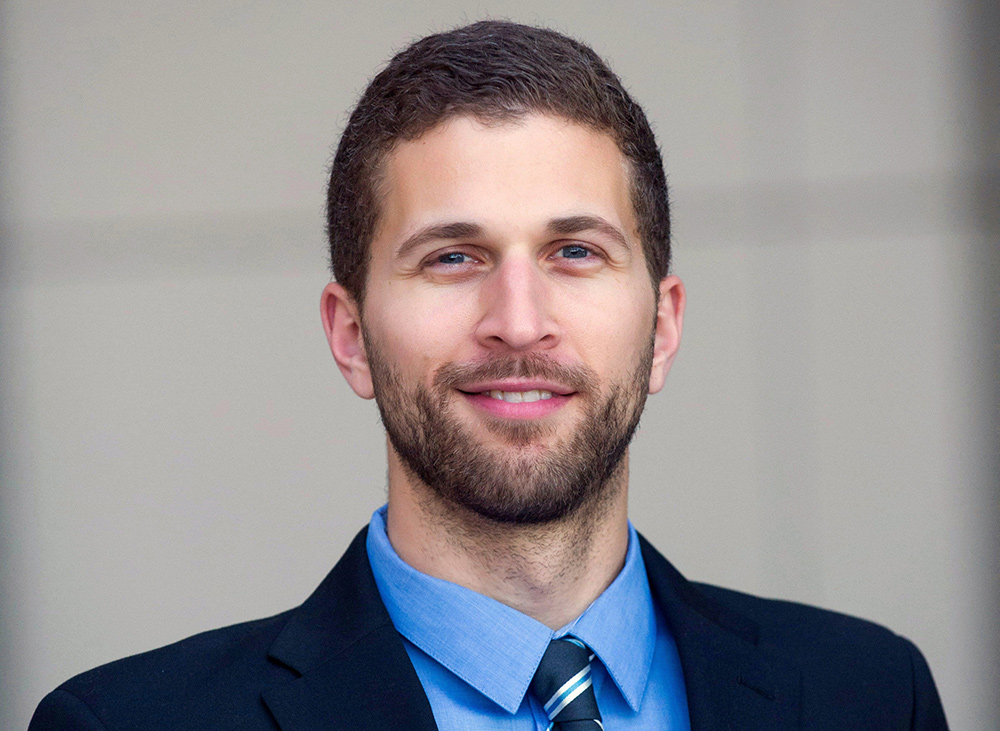 Tom Oyer is currently in his seventh season working as Awards Manager at the Academy of Motion Picture Arts and Sciences, where he manages all aspects of the documentary and short film categories. In his brief tenure on the job, Oyer has become an expert on all things nonfiction. Meaning, he's the one to call if you have a question about AMPAS documentary rules, qualifying requirements, submissions, voting, membership and outreach.

In addition to the Documentary Feature and Documentary Short Subject categories, Oyer directly handles the Live Action Short Film, Animated Short Film and Makeup and Hairstyling categories for the Oscars. He also assists in the Foreign Language Film and Animated Feature categories.

But admittedly, Oyer spends the majority of his year fielding questions from the documentary community about eligibility and qualifying for the Oscars, as well as voting requirements and deadlines.

The 33-year-old began working at the Academy in 2007, when he moved to Los Angeles from Ohio. While Oyer always had a fondness for documentaries, he didn't come to Hollywood seeking a job in the nonfiction genre. "I'd been at the Academy for a while," Oyer says. "I paid my dues and worked in the mailroom and then there was an opening in the Awards Department. That's when this job just fell into my lap."

But learning all of the intricate, ever-shifting rules for qualifying a nonfiction film proved a bit more difficult than landing the position. "The first year was like boot camp," Oyer recalls.

The six years that followed couldn't have been much easier due to the documentary category qualifying requirements being time and again one of the most contentious. The genre's rules have changed dramatically in Oyer's tenure in large part due to AMPAS' desire to clearly distinguish between theatrical docs and television docs.

Oyer began working with the Academy just six years after AMPAS' Board of Governors voted to establish a Documentary Branch—some 60 years after the first Oscar was awarded to a documentary.

In Oyer's first year, two major rule changes were implemented. The first was the seven-day qualifying exhibition for feature documentaries, instituted in the mid-1990s, which stated that for 2007 "features must complete an exhibition...between September 1, 2006, and August 31, 2007, for paid admission in a commercial motion picture theater...for a run of at least seven consecutive days, at least twice daily." (That number went up to four times daily, between noon and 10:00 p.m., in 2014.) The multi-state theatrical rollout stipulated that feature docs must play in 14 cities among ten or more states, for at least three consecutive days and twice per day in each city. That extensive rollout requirement has since been eliminated; today, a documentary feature must have screened for seven consecutive days in commercial theaters in both Los Angeles County and the Borough of Manhattan.

The second rule change to take effect in 2007 stated that during the seven-day qualifying exhibition, the documentary must be projected in either 16mm, 35mm or 70mm film, or in keeping with the following digital standards, as stated by the Academy's Science and Technology Council: "A 24- or 48-frame progressive scan format with a minimum projector resolution of 2048 by 1080 pixels; source image format conforming to SMPTE 428-1-2006 D-Cinema Distribution MasterImage Characteristics; image compression (if used) conforming to ISO/IEC 15444-1 (JPEG 2000), and image and sound file formats suitable for exhibition in commercial Digital Cinema sites."

However, this new set of standards caused some consternation among the documentary community since three major exhibitors in LA that have a strong history of screening documentaries—Laemmle, Landmark and the ArcLight—had digital projection that didn't meet the Academy standards.

Those new rules were followed by even more in the years to come. The year 2012 proved a particularly transformative one. A new rule made it possible for all 200 plus members of the documentary branch to weigh in on the shortlist. (Up until 2011, small volunteer branch committees were in charge of viewing the year's eligible entries, in their entirety, in order to form a shortlist.) In addition, in 2012 a review in The New York Times or Los Angeles Times became a requirement for a film to register eligible for Oscar consideration. Also, in an attempt to narrow down the number of qualifying docs while simultaneously proving a film worthy theatrically, "four-walling" was eliminated. But in spite of the new rule, a record-breaking 126 docs were eligible that year.

AMPAS' desire for a legitimate theatrical release proves problematic for a variety of reasons. One is and has been that television sales—and, increasingly, Internet sales—are often the driving force in getting one's documentary made. And if a television distributor is financing a film, that film is required to be shown on that television network. The second problem is that theatrical audiences have steadily been shrinking while digital audiences have steadily been increasing, making the lines between a theatrical doc and a television doc blurry. But despite the current haze, Oyer says his role at the Academy is crystal clear. "We are an organization looking to reward the best theatrical documentaries," he maintains. "My job is to clarify the constantly evolving [rules] document as much as possible."

Oyer also helps to guide. "I definitely think documentaries have a special little way of getting out, and use various platforms," he notes. "And so, when I ask filmmakers questions, I always tell them that they should do what they think is best [for their film]. I'm going tell them what they need to do [to qualify]. But ultimately they need to do what they need to do to get their goal audience and get the exposure they want for their film. I just simply say, 'If a theatrical release is part of that plan, then here is the bar to qualify. Some filmmakers decide that's not in their best interest and they need to do other platforms and that's okay. We're not saying that every film should do a certain thing. We're just saying we have a certain standard and we want the high quality theatrical films included."

As Oscar night approaches, Oyer's job becomes about the nominees and helping them navigate awards land. "I get to know a lot of the nominees personally," Oyer says. "So, I'm able to be there to assist them. But what I really like is being able to see the people, the individuals I know, end up winning in my category. I get to see them backstage after they've won, and that is an unbelievable moment."

Addie Morfoot is a freelance reporter who writes frequently for the entertainment media. Her writing has appeared in The New York Times Magazine, Marie Claire, Variety and The Wall Street Journal. She's currently completing her first novel.