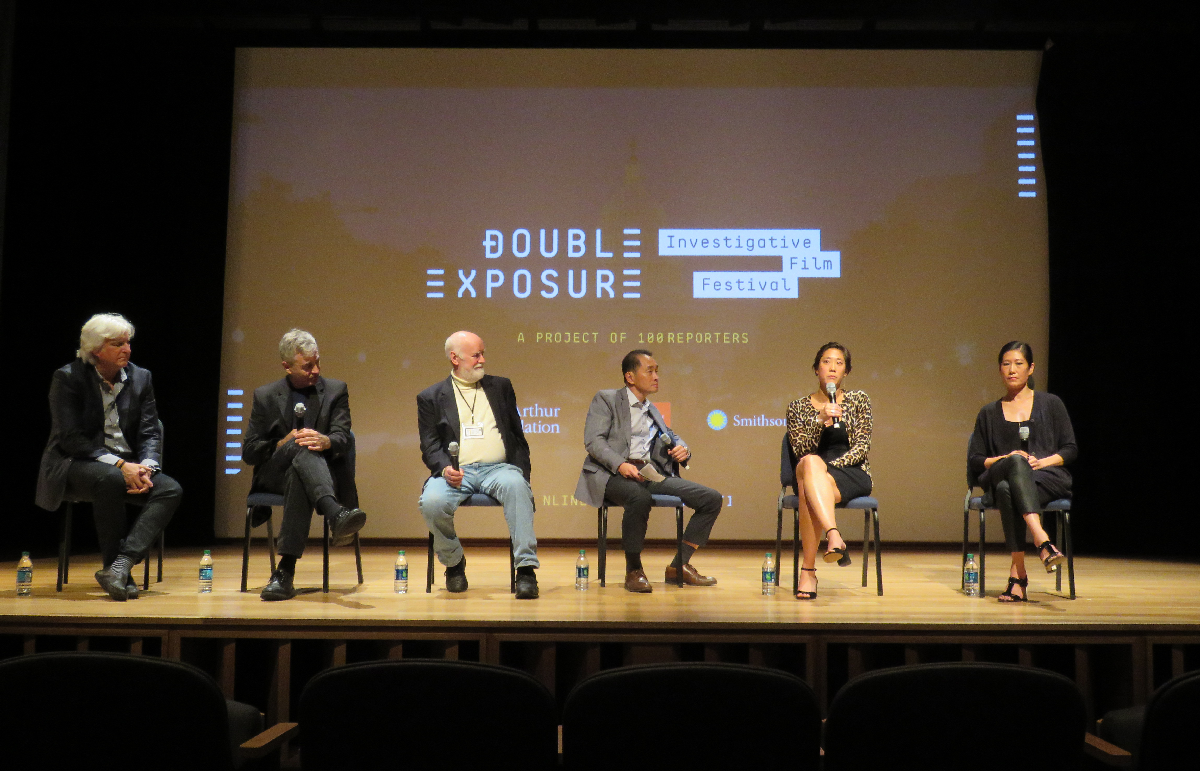 Since its inception in 2015, the Double Exposure Investigative Film Festival in Washington, DC, has served as a rare meeting ground for investigative journalists and documentary filmmakers, two breeds of storytellers who sometimes differ in goals and methods but face many of the same challenges.

The festival, which operates in the literal shadow of the White House, enters its third year with a renewed sense of purpose, given the state-sanctioned hostility to reporters and the daily drumbeat of hard-hitting scoops from The Washington Post and The New York Times. In addition, over the past few years enterprises like Field of Vision, VICE News and New York Times Op-Docs have productively blurred the boundaries between documentary storytelling and investigative reporting.

Speaking to Documentary from DC while finalizing the program for this October's edition, Double Exposure Co-Director Sky Sitney (who runs the festival with Founder and Co-Director Diana Jean Schemo) suggests that while the symbiosis between journalists and filmmakers is perhaps as old as documentary itself, practitioners in both fields have expressed a new eagerness to communicate.

"I think that the desire to clarify this space has increased for a number of reasons, not least of which is safety mechanisms and opportunities to access resources both financial and legal," Sitney observes. As a result, Double Exposure styles itself as a symposium, convening filmmakers and journalists for panels on protecting sources, rapid response reporting, cross-sector collaboration, and—of course—"fake news."

Some of the panels take a bird's-eye view of the climate for reporters, while others focus on more practical resource-sharing. One panel has visual artists introducing reporters to innovations in transmedia, virtual reality and gaming. There's also a pro bono legal clinic for visual storytellers and a fact-checking workshop, both of which aim to introduce standard journalistic practices to docmakers.

Double Exposure is not especially adventurous in its film programming; it doesn't aim to show splashy premieres, but, rather, to establish a benchmark for "films inspired by the investigative instinct." The 2016 program included docs like Kief Davidson and Richard Ladkani's The Ivory Game and Steve James' Abacus: Small Enough to Jail. The previous year included an opening night screening of Tom McCarthy's narrative feature Spotlight—a few months before it took home the Oscar for Best Picture—which qualified due to its close look into the investigative journalism process. 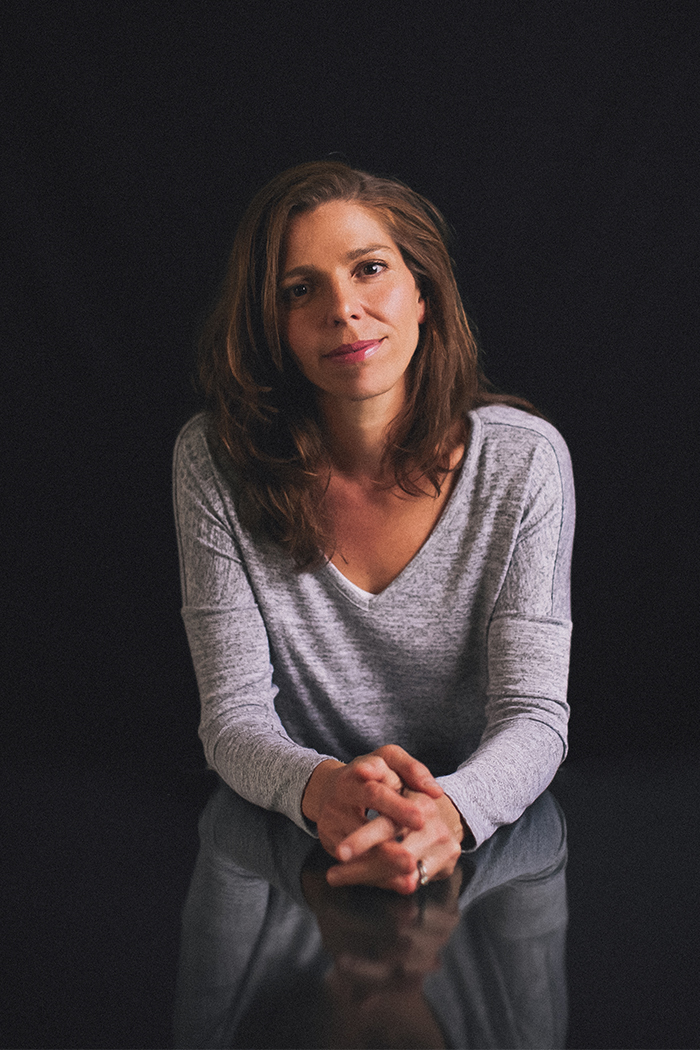 "We approach the film programming from an expansive attitude rather than a restrictive attitude," Sitney says. "What is investigative? Are these films revealing something otherwise not available to us? Are they offering a way of seeing that is expanding what we've had access to before? Even if it's not formally investigating, is it uncovering something?"

She points to Gianfranco Rosi's Fire at Sea—a 2016 festival selection that offers an oblique, impressionistic lens on the global refugee crisis—as an example of an unusual sort of "investigative" film. "There's something about the journey the film takes you on," she notes. "It created an experience that made me feel more connected and devastated by what I was seeing than had it been kind of sensational and quick-moving."

On the Double Exposure team, Sitney brings the film background, having served as festival director of AFI Docs (and its previous incarnation, Silverdocs), and currently directing the Film and Media Studies program at Georgetown University. Co-Director Diana Jean Schemo brings the reporting chops; the current president of news organization 100Reporters, she is an award-winning veteran national and foreign correspondent who worked at The New York Times and the Baltimore Sun. "She probably is the voice in our conversations that challenges my expansiveness, to keep it more on point with investigative," Sitney says. "And I'm the one typically making the argument for keeping the parameters wide. But I think what we want the film program to do is show the range of ways that issues that have journalistic integrity and significance can express themselves in the visual form."

While it isn't clear that we're seeing a renaissance of films inspired by investigative reporting, recent marquee docs like Citizenfour and Icarus are the product of close collaborations between artists and news organizations. Both films highlight the tensions of breaking a globally significant news story while simultaneously developing a longform, character-driven narrative documentary. At Double Exposure, director Bryan Fogel and producer Dan Cogan of Icarus will appear on a panel with Rebecca Ruiz of The New York Times to discuss their strategic sharing of resources on a blockbuster story about a Russian doping scandal.

Still, Sitney is aware that cross-sector collaboration is more of a norm than a rule. "There are a lot of factors contributing to a desire to potentially share resources," she maintains. "There's also possibly a sense of some encroachment and concern about that encroachment, a certain sense of suspicion across these cultures. And I sense that too at Double Exposure, where some filmmakers will say staunchly, ‘I am not a journalist. I'm a filmmaker.' They don't want to have the pressure of the presumable ethical responsibility from journalists.

"Others feel strongly: ‘Look, I'm a journalist,'" she continues. "I think of the Dirty Wars team. They see themselves as journalists first. And then there are those of us who say, ‘I could care less. I don't even think that's an interesting conversation. What difference does it make? Let's move on. Who cares about the definition?' And at Double Exposure, we certainly don't have an agenda. We don't want to move people towards one place or the other. We want to create a space to have the conversation, to provide access where access may be needed."

Sitney recognizes that even when journalists and filmmakers pursue similar projects, or work in tandem, they are encouraged to abide by different ground rules. "Journalists in general have an infrastructure available to them—a safety mechanism, for the most part, that many independent filmmakers do not have, in terms of legal, in terms of fact-checking, in terms of a team to help with Freedom of Information Act requests.

"Many independent filmmakers who find themselves in the space occupied by journalists are often without a roadmap," Sitney continues. "Now, they have at their disposal perhaps a greater opportunity for storytelling, an approach to storytelling with a little bit more whimsy, a little bit more space for interpretation and creative license that a journalist would give themselves allowances to have."

Given Sitney's experience as a facilitator of sometimes thorny discussions, what does she see as the barriers to good communication between filmmakers and journalists? "I think that the biggest obstacle might be in the fundamental division between how a filmmaker might approach a story versus a journalist. At the heart of a journalist's work is balance. You show both sides of the story wherever possible. You check the veracity of claims. Personal opinion is removed as much as possible, whereas in filmmaking that is not necessary."

However, Sitney is careful to note, the apparent absence of a filmmaker's perspective is more often than not an illusion. "When you look really carefully at the editing of a Frederick Wiseman film, you recognize that he's guiding us towards a particular opinion. And Wiseman himself would never suggest otherwise. Others have projected onto him this idea of this perfect fly-on-the-wall observational eye that he refutes."

One place that investigative reporters and documentary filmmakers share a bond is in the increased difficulty of sustaining a career. Sitney says that Double Exposure's concerns about sustainability go well beyond the scheduled conversations. "There are some very, very concrete things that we're committed to doing," including connecting storytellers with funders, platforms, producers and editors. The DX ACCESS program brings registered attendees face to face with executives in their field for one-on-one sessions.

"We also have this thing called The Loop, a legal clinic where we are bringing together six of the nation's top attorneys in some key areas that we're hearing over and over again are of great importance to filmmakers and journalists. And BRITDOC, which is now calling itself Doc Society, is coming to present a many-years-in-the-making report called Safe & Secure."

Sitney doesn't want Double Exposure to erase the distinctions between what are ultimately separate professions. "My role is to listen and look at what is happening and create a space to have the conversation, rather than have the answer.  What are the filmmakers and journalists concerned about? Excited about? Where are there gaps that might be useful to kind of create a break? Where should we respect the silos that are there?"

END_OF_DOCUMENT_TOKEN_TO_BE_REPLACED

What is the Real Difference Between a Filmmaker and a Journalist?