For the last three years, a highlight for documentarians at the Sundance Film Festival has been the House of Docs, a community space designed to increase awareness of documentary film and to provide support to documentary filmmakers through roundtable discussions, special presentations, one-on-one meetings and informal chats. This year, the House expanded to incorporate a Filmmaker Lodge, open to all festival filmmakers.

According to Dianne Weyermann, the director of the Sundance Institute Documentary Program, "This year, we made the decision to create a space which would embrace all filmmakers and the larger film community––in essence, the festival ‘nerve center' for filmmakers and others involved with independent film. There is much to be gained by allowing for exchange across the documentary and fiction divide, as well as the international and domestic, and the short and feature." Sundance felt that opening the venue to include all filmmakers would reflect the festival's vision that documentary and fiction are on the same plane.

A concentrated demonstration of this joint venture was found at the "Crossing the Line" panel, which took place at the Yarrow Hotel Theatre. The panel was an insightful, at times raucous, look behind the lens into the minds of those who have tread in both the documentary and narrative feature worlds.

Moderated by scholar and film critic Peter Brunette, the discussion began with panel members offering their thoughts about what differentiates the two types of filmmaking. Marc Levin (The Blues, Slam, Brooklyn Babylon, White Boys) started off the dialogue, joking, "You get paid less if you do documentaries." To which fellow Blues director Wim Wenders (Buena Vista Social Club, Wings of Desire) exclaimed, "You get paid?" And the panel was off and running...

Levin then became more serious, and spoke about the differences in process when trying to capture that ever-elusive, all-important moment. "In fiction filmmaking, you choreograph and you stage it. Basically, the key thing is set-ups and coverage. In documentary filmmaking, it's really about access and timing."

Steve James (Stevie, Prefontaine, Hoop Dreams) spoke of the limitations that are part of how one creatively gets to the finished product. With documentaries, directors are often hemmed in by the restraints of what the subjects are willing to do, he explained, whereas with fiction, it's the script, rather than the characters, that often dictates the margins within which one must work.

Wenders put a more philosophical spin on the question, putting forth the idea that neither fiction nor doc ever exists in a pure form. According to him, documentaries always offer some sort of point of view, whether it's the subject's or the filmmaker's, thus moving them away from unbiased truth. Fiction films provide a window into the mood of the culture at the time when they were filmed, Wenders added saying, "Even B-movies like Attack of the Killer Tomatoes or The Most Dangerous Man Alive are seen today as documentaries on the state of mind of people in the '50s––their fears, their imagination."

Scripting was a topic of much conversation by the panel. Fenton Bailey (Party Monster, Monica Lewinsky in Black and White, The Eyes of Tammy Faye) described his amazement when he first received requests from funders to provide a script for the doc projects he was pitching. "At first I thought, ‘How can you write a script for a documentary when you haven't shot it?' It is the strangest experience, because you sit down and you just tell a story you think your research tells you––and reality then follows along!"

American Splendor directors/screenwriters Shari Springer Berman and Robert Pulcini had also experienced writing treatments in order to get funded. Said Pulcini, "We give them something to latch onto, believing that we're going to have a completely different movie in the discovery process of making the film."

Several panelists pointed out that there's also a difference between having an idea and writing a script. A filmmaker must start with an idea for his or her project, and often foundations and/or donors will want a written explanation of that idea. However, if one becomes trapped by the paper explanation, James suggested that it's a failing of the filmmaker.

Added Wenders, "If the process of discovery is really the core of what you want to make, then scripting can only be a declaration of intentions. He also spoke about editing in regard to the discovery process and point of view, explaining that in a fictional film, the point-of-view is set because it's built into the script; however, with a doc, the real task in the editing room is to wade through all the footage, and then find and establish the point-of-view in the material.

In addition to the topic of scripting, there was much discussion about truth and reality in filmmaking. Whether it's because audiences are now more sophisticated or because they've been watching too much "reality" television, the idea of "real" as a style seems to have found its way into the general public's mindset.

One explanation for this was that the documentary aesthetic is now more prevalent. Docs are traditionally associated with hand-held footage that often has a gritty feel––a  look which has made its way into such films as Traffic and those made using the Danish Dogma rules. James suggested that it's a result of the desire to tell stories that, even if they're "made up," feel real and authentic, like they're taking the audience into somebody's life in a real way.

On the flip side, Levin cited Bowling for Columbine as an example of a documentary that had incorporated elements from narrative films. "It's not a classical documentary or journalistic enterprise. Michael Moore is an actor, a showman, and I don't hold that against him. In fact, I appreciate it."

A question posed by an audience member dealt with the how the filmmakers chose whether to go the doc or fictional feature route when they had a choice. Sometimes it's simply a business decision. Sometimes, as with Berman and Pulcini's American Splendor, a choice does not have to be made, and a hybrid emerges. Usually, it has to do with the specific story being told.

Bailey, currently at work with Randy Barbato on a doc about Linda Lovelace and Deep Throat, said that originally their film was going to be a straight narrative biopic. "But looking at the script, something about the story didn't seem to work." It was only when they thought instead about doing a doc that incorporated the larger picture of the nation's fears and preoccupations in 1972 that the project made sense.

Wenders agreed, ending the panel with the statement, "I like to find out things I don't know. There's so much, I could do a documentary every day on something!" 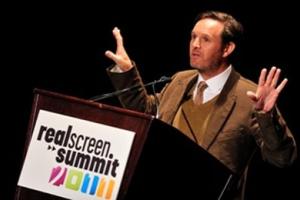 Feature
Keeping It Real and Authentic at Realscreen
Read More 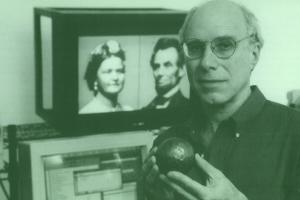 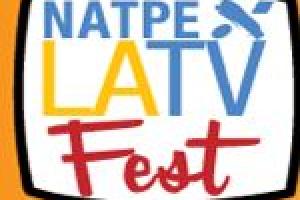 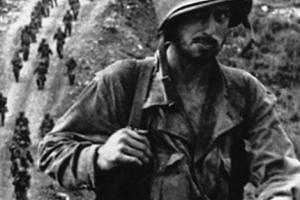 Oct. 31, 2007Feature
"The War" Goes On Despite Some Last-Minute Skirmishes
Read More