One of the most eagerly awaited documentaries of the year may also be one of the most controversial. The Blues, the seven-part, ten-and-a-half-hour documentary series on the influence of blues music on our society, premieres on PBS this fall. Martin Scorsese, who directed one of the episodes, is the executive producer. Alex Gibney and Margaret Bodde are the producers.

The series, Gibney relates, was born out of a conversation between Scorsese and Eric Clapton while the former was producing a documentary on the latter. Both have a mutual love of blues music. Scorsese's original plan was to executive-produce a feature film that would be directed by Charles Burnett on the history of the musical genre.

Gibney came aboard at this point when Bodde, who has produced several documentaries with Scorsese for more than a decade, enlisted his producing aegis. "I mischievously suggested that perhaps it might be good to expand the scope of the project to do a number of films," Gibney says. "Ultimately, that's how the project expanded—not only to a number of different films, but to a huge number of CDs, a book, an educational component, a radio series, etc."

Gibney terms Scorsese "a cultural preservationalist." Besides his work with the Film Foundation, which protects endangered films and restores their materials, Scorsese has produced and directed an impressive array of documentaries, including those on American and Italian film history.

Scorsese and Gibney gave artistic autonomy to the six other directors of the series. Says Gibney, "A series has never really been done like this before, where instead of having one person at the center who says, 'Okay, first there'll be chapter one, and then you proceed in a linear fashion.' This one has a rough geographical and chronological structure, but within that rough structure, and within certain territories, the directors have a tremendous amount of freedom to operate."

Those looking for a comprehensive history of the blues will be frustrated. "Each film is very personal and impressionistic," Gibney maintains. The six other directors on the project are Charles Burnett, Clint Eastwood, Mike Figgis, Marc Levin, Richard Pearce and Wim Wenders. Each film reflects the influence of blues music on the individual filmmaker. None was designed to present a comprehensive history—à la Ken Burns' Jazz—of the blues. Controversy will rage among critics and music and film buffs about the omissions as well as those who are included, either in archival footage, performance footage or interviews for the films. So perhaps this highly personal series should be called "Riffs on the Blues."

Gibney, Burnett, Levin and Pearce discussed their personal empathy with the project in telephone interviews with International Documentary. Burnett, as revealed in his autobiographical film in the series, Warming by the Devil's Fire, has perhaps the closest and the most visceral relationship with the blues. He was born during World War II in Vicksburg, Mississippi, into a family that was dominated by its own civil war. His religious grandmother called the blues "the devil's music" and made life so difficult for Burnett's blues-loving mother that she moved with Charles to Los Angeles. Ironically, his grandmother loved music in church.

Growing up in Los Angeles, Burnett retained his Southern roots because, as he points out, "Los Angeles was very segregated." In the 1950s, the recordings of Bessie Smith became a major influence on him because his mother played those records often. Because religion and black ministers coalesced around African-American politics in the Civil Rights era, Burnett was aware of the reliance on the blues idiom in gospel. He "noted the contradictions that the blues posed" in those who dismissed it as the devil's music. Burnett recognized that church blues music and nightclub blues music had roots in common. In Pearce's film, The Road to Memphis, musician Bobby Rush makes the same observation.

Burnett is the only African-American filmmaker among the seven. An ersatz eighth film in the series—a documentary of a benefit concert at Radio City Music Hall of blues artists—is being directed by Antoine Fuqua, who is also black. The working title is Lightning in a Bottle, and it will have a theatrical release. No women filmmakers are represented, however, and the endeavor focuses in any case on male blues singers. Director Spike Lee had to bow out of the project because of other commitments, and a host of other black filmmakers who were considered could not commit themselves because of either the low budget of the project or of schedule conflicts.

The situation was the same with negotiations with the women directors considered, although Leslie Harris, the African-American woman director, was a scriptwriter on the series. Gibney admits that the directors involved sacrificed their time and money to achieve their films. So, in a sense, The Blues represents a labor of love for the participants.

However, another criterion was that all the considered filmmakers had to have distinguished themselves in the documentary form as well as in feature films. Gibney explains: "I personally had been involved in projects before, or knew people who had been in projects before, where along thematic lines a number of feature-film directors were chosen to do documentaries. And those were not very successful, by and large, because the feature film directors chosen had never done documentaries before. Either their work ended up having to be fixed by documentarians or it didn't turn out that well."

Like Burnett, Levin also has emotional connections with the music. Gibney has produced at least three films with the director: the drama Brooklyn Babylon (2000) and the documentaries Speak Truth and Power and Soldiers in the Army of God (both 2000). Growing up in New Jersey, Levin was a music rebel in a still musically vanilla America in the 1960s. Paul Butterfield and the Blues Band changed his life and his aesthetic. "I think that I wanted to be a musician, but I became a filmmaker," he says. Godfathers and Sons, his film in the series, explores the connection between the blues and hip-hop in terms of patrimony. Chuck D of the rap group Public Enemy and Marshall Chess, son of the founder of Chess Records, joined forces in Chicago to produce an album of veteran blues players in unison with hip-hop musicians. Levin, who directed the landmark hip-hop movie Slam (1998) regards both groups of musicians as storytellers with definite godfather, if not father, connections.

Electric Mud, the much-maligned Muddy Waters album from the late 1960s, is the symbolic connection between the two widely separated generations in Levin's film. Waters, who is also a character in the Figgis film, Red, White and Blues, essentially lost his following in America in the 1960s, and the innovative Electric Mud was misunderstood until it was championed by the hip-hop generation. "A new technology created hip-hop, but the storytelling and the stars are similar," Levin explains. Whether it is urban blues or hip-hop, "the lyrics themselves are about street credibility."

One of the strengths of the Levin film is the music connection between black musicians and Jewish club and record company owners. Both were joined in a struggle against an American religious right.

Civil Rights-era African-Americans regarded the blues as country music, and retrogressive, preferring instead life-affirming and invigorating soul music or the Motown Sound. Waters also influenced the British rock sound, and one of the highlights of the Figgis film, which is about British rock and blues, is the footage of Mick Jagger and Muddy Waters in a duo concert appearance. "One of the revelations in Mike's film," Pearce notes, "is that he really traces the evolution of the British blues scene from earlier than most people know about-going back to a guy named Humphrey Littleton who had a tune called 'Bad Penny Blues' with a riff that turns up in [The Beatles'] 'Lady Madonna' as an homage riff."

Pearce, after producing music films earlier in his career, relished the idea of making a film "without someone looking over my shoulder," and in his native South. The documentary form is less collaborative than a dramatic film production, which relies on tight coordination with the scriptwriter, actors, cinematographer, production designer, costume designer, et al. Pearce and his sound engineer traveled with modern bluesman Rush on his tour bus to create The Road to Memphis, which juxtaposes the careers of Rush and the legendary B.B. King. King is a giant whose career in the '60s was fading with black audiences until white audiences made him a superstar. Rush, on the other hand, tours almost non-stop on the chitlin circuit before African-American audiences. The film culminates with a concert in Memphis, an important city for the blues, featuring King, Rush, Ike Turner and other blues artists.

The Wenders film, The Soul of a Man, has a Stanley Kubrick touch in its imagery of a missile sending the blues into outer space on a vinyl disc (although the question remains how aliens will find a turntable to play the music). The scenes showing Blind Willie Johnson and Skip James are poetic fictional re-creations but create the country atmosphere of the blues necessary to comprehend the meaning and the message of the other segments.

The Scorsese episode, Feel Like Going Home, digs deeper into the mythology of the blues in both Mali, Africa and the Deep South in performances by African and African-American musicians Ali Farka Toure, Salif Keita, Habib Koite, Taj Mahal, Corey Harris and Otha Turner. "It explores music connections both between Africa and Mississippi and their two-way musical connections," says Gibney.

The premise of the Eastwood film, Piano Blues, is his life experience with piano blues, beginning with Fats Waller recordings. Eastwood is known more for his appreciation of jazz, so his segment expands our perceived concepts of the blues.

As Levin quotes from one of the musicians he interviewed, "The blues are the roots, and everything else is the fruits," a thought perhaps in the hearts of the usually artless United States Senate when they declared 2003 "The Year of the Blues."

Kevin Lewis is a contributing editor to International Documentary and has written for DGA Magazine and Editors Guild Magazine. 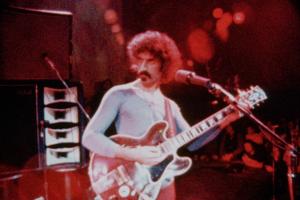 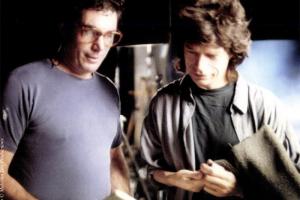 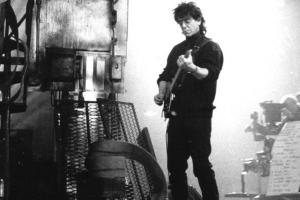 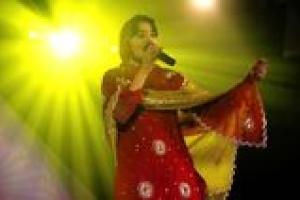 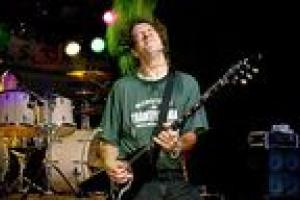 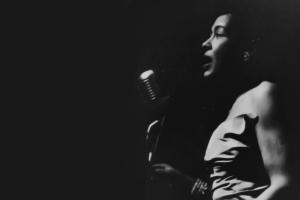