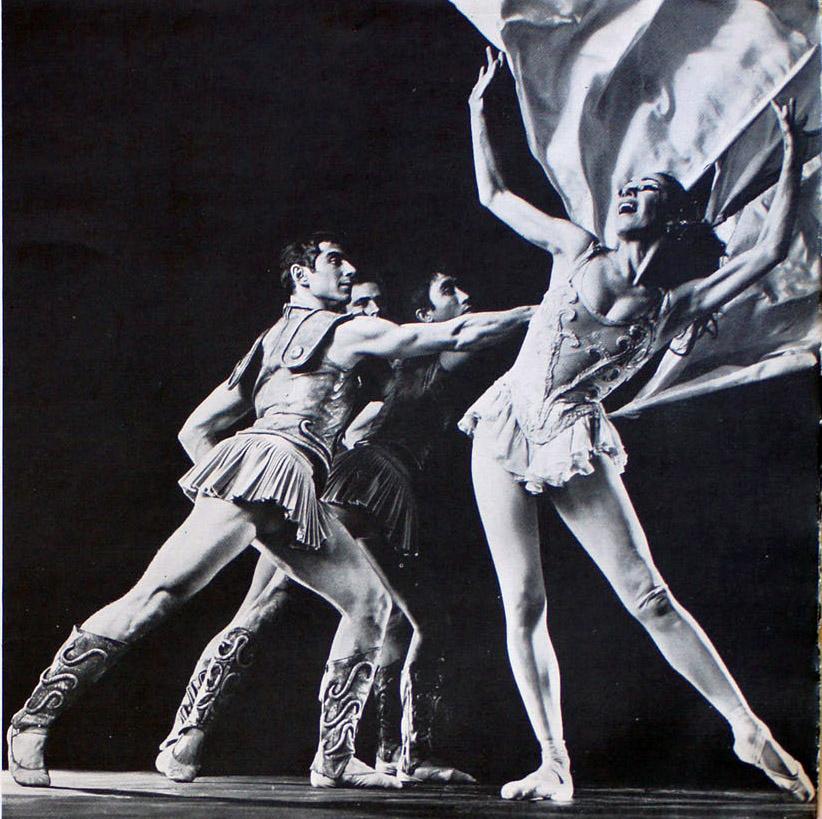 1964 – A time of major shifts in civil rights, women’s and gay rights. New York City was alive – you could feel it on the streets. The young Joffrey Ballet splits in two over a power struggle for artistic control and the HARKNESS BALLET bursts onto the New York City arts scene. Bold, brash and controversial, the Harkness revolutionizes the way dance is performed forever. And then it disappeared...

What happened to the Harkness Ballet? It produced 2 international touring companies, a youth ballet and its very own theater. Its training program sent more dancers into the world of professional dance than any other company school of its time.

The company was invited to perform at the White House and was seen on national TV. It became an international sensation wherever it toured.

The dancers, choreographers, composers and designers were pioneers. All of the pieces and much of the music was original.

Founder REBEKAH HARKNESS put her money where her heart was. She gave opportunities to emerging American artists no matter their race, heritage or background. Her goal was to create a truly American dance company.

Yet she was hated by powerful New York critics particularly CLIVE BARNES. Barnes had a personal agenda and never let up. Was it because Rebekah was rich and powerful as well as a woman? Was he attacking her personal taste and life style or the fact that she withdrew funding from the Joffrey Ballet which he loved? Was his influence so great that audiences were led to take sides?

Finally the bottom dropped out of Rebekah’s fortune. Cutbacks, economizing and even the attempt to solicit public funding failed. The company was done. But like Camelot, its legend was just about to begin.