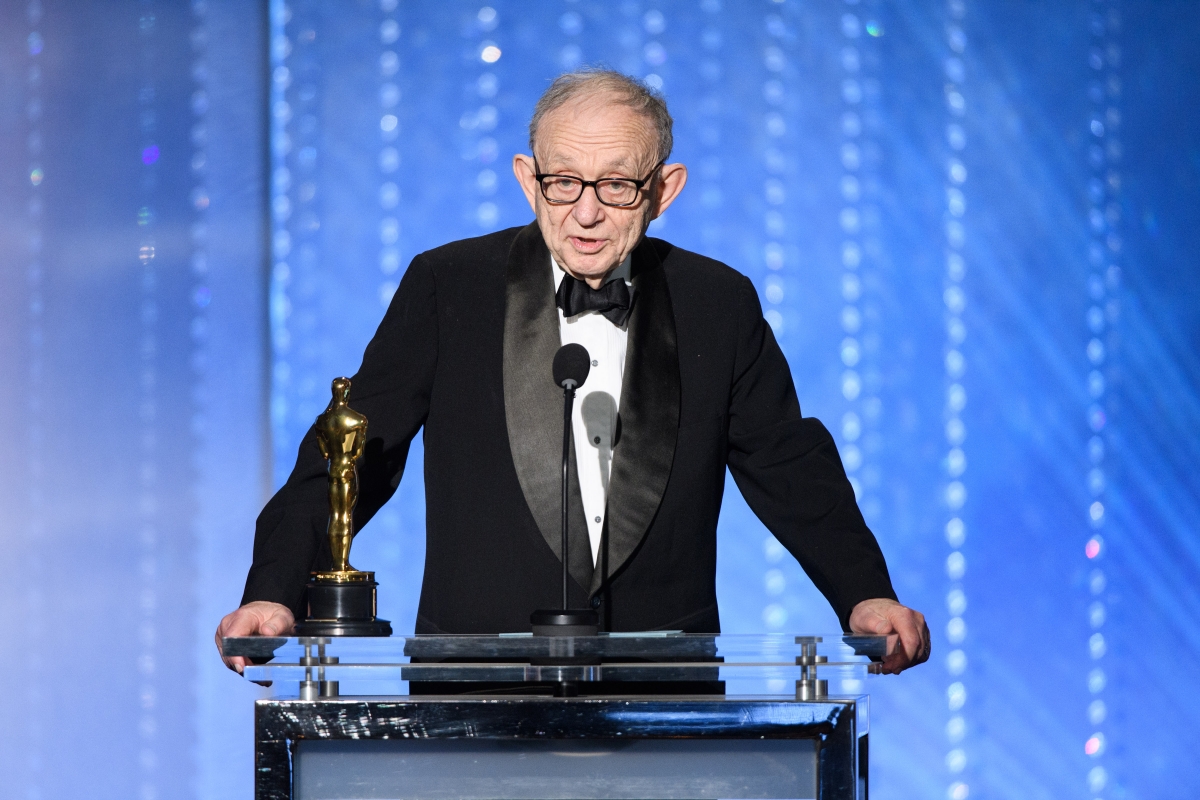 Right smack-dab in the middle of Awards Season - two months after the Toronto/Telluride/Venice triumvirate and two months before the Academy Awards nominees announcement - the Academy of Motion Picture Arts & Sciences stages its annual Governors Awards; call it "the lifetime achievement awards for those whose careers merited an Oscar or two, but who somehow fell through the cracks."

While the Governors Awards may lack the global cachet and frenzy that define the Academy Awards, this ceremony, staged at The Ray Dolby Ballroom at Hollywood & Highland Center® in Hollywood last November, more than holds its own as a stately, black-tie, celebrity-festooned evening of honors and encomia. No surprises, no hype: just a classy evening set aside for the éminences grises of the cinematic form.

The 2016 honorees included the venerable Frederick Wiseman, the hardest working octogenarian in the business, whose stunning 50-year canon is as provocative and moving a portrait of the American experience and character as has ever been put to cinema. Some of the Angelenos in the audience had already gotten a head start into Wiseman's work earlier in the fall, with year one of The Cinefamily's unprecedented multi-year retrospective, which took us from the epochal Titicut Follies through his deeper, lyrical inquiries into institutions as embodiments of the grand, flawed experiment known as democracy, American style.

The ceremony happened days after The Election, and while we all felt the dread and shock that defined that week, it was only obliquely referenced from the podium. "Inclusion is a strategic imperative for our industry," AMPAS President Cheryl Boone Isaacs declared from the get-go, and in the weeks that followed in our Nation's Capital, those words resonated to me as a call-to-arms for everyone in the arts. In introducing Wiseman, actor Don Cheadle noted, "In these times there is nothing more important than empathy. The only way we are all going to get to a decent future together is to look at things with our hearts first, whether they're ugly, or beautiful, or tragic, or triumphant."

Following celebrations and accolades for two of the other honorees of the evening - casting director Lynn Stalmaster and editor Anne V. Coates (actor/director Jackie Chan rounded out the evening) - filmmaker and Documentary Branch Governor Rory Kennedy took the mic as the first of three presenters, including Cheadle, for Wiseman. She lauded the honoree as "a unique chronicler of our culture and particularly our institutions that form the basic but often hidden structure of our society."

"In more than 50 years of documentary filmmaking," Kennedy continued, "Fred has never lost his fascination with ordinary lives, and has never blinked at the uncomfortable truths he has uncovered."

The next presenter, Sir Ben Kingsley, revealed, "Whenever I'm asked to portray the journey of a character that goes way beyond my life experience - which is often - the first place I visit, for guidance and inspiration, is documentary film… It goes without saying that Wiseman's documentaries offer information, pure information and powerful emotional moments, to their audiences. But speaking as a fellow craftsman, his gift to me has been extraordinary. He and his fellow documentarians have given me a confident knowledge that I can present a gesture, a certain turning point in the narrative as true, even if I've never experienced it myself, because I've seen it on Mr. Wiseman's screen." 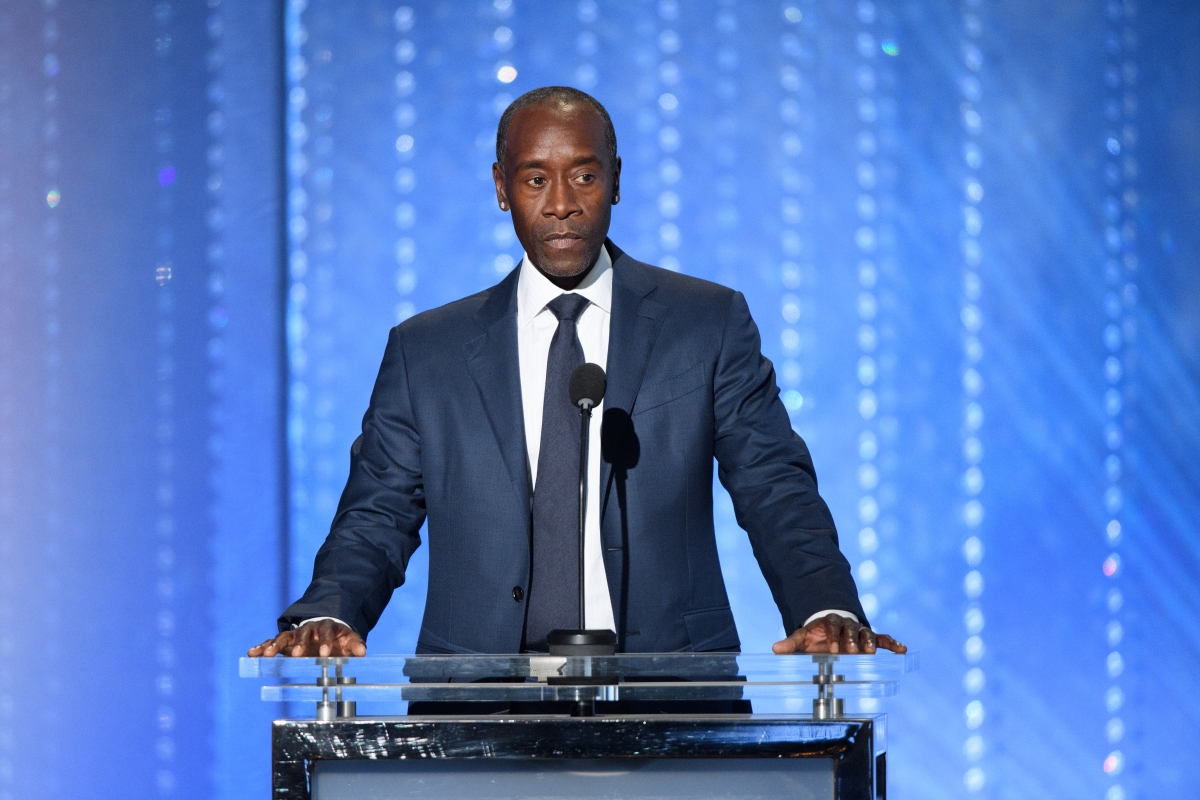 Following clips and testimonials from fellow doc legends like D.A. Pennebaker, Errol Morris and Barbara Kopple, as well as feature filmmakers like Wes Anderson - who copped to restaging a scene from High School in Rushmore - Cheadle took the podium as the third and final presenter. "When I look at the work of Frederick Wiseman," he said, "I am immediately struck by the power of his documentaries to force us to sit with things that are uncomfortable and challenging, and yet deeply compelling. Knowing exactly where to put the camera to capture a precise moment for maximum effect is a function not only of consummate filmmaking skill, but deep empathy for his fellow man.

"Frederick Wiseman's films feel so correct that it can be hard to see how difficult they must be to make," Cheadle admitted. "He makes the extraordinary look easy. He lets the audience tell the story to itself. Wiseman has an uncanny gift for knowing the exact unobtrusive, proper distance from his subjects."

"What's kept me going is that it's fun and an adventure," Wiseman said, upon accepting his award. "While making the movies is physically and intellectually demanding, it's rare that I felt any strain. I'm lucky I found work that I like and that I continue to be obsessed with."

"Making a movie is always an adventure," he reiterated. "I usually know nothing about the subject before I start - and there are those that feel I know nothing about it when it's finished. I never start with a point of view about the subject, or a thesis that I want to prove. I also don't do any research in advance of the shooting. I usually don't know in advance what's going to be shot or what I'm going to stumble across in any day, or any moment of any day."

On his post-production process, he explained, "The editing is an effort to impose order on the chaos of the rushes, through the creation of a fictional form that provides meaning to the film. The goal is to make a film that is closer to a visual novel than a journalistic account.

"The variety and complexity of the human behavior observed in making one of the films - and cumulatively, all of the films - is staggering," he concluded. "And I think it is important to document kindness, civility and generosity of spirit as it is to show cruelty, banality and indifference."

END_OF_DOCUMENT_TOKEN_TO_BE_REPLACED

5 Questions About Frederick Wiseman With KJ Relth, Director of Programming, The Cinefamily