From Beatles to Brecht: A Week of Pleasure at SilverDocs

Attending a film festival is always a guilty pleasure. There's something almost sinful about spending a week immersed in watching movies. But not at SilverDocs, the AFI/Discovery Channel Documentary Festival in Silver Spring, Maryland, which celebrated its sixth year this past June. I mean, these are documentaries.

SilverDocs offers a lot in eight days. This year there were 108 films, ranging from several three-minute shorts to all 12 hours of the landmark cinéma vérité series An American Family. Running concurrently was the SilverDocs International Documentary Conference, a series of panel discussions featuring people who do documentary business at the highest level. Plus, SilverDocs offers hands-on sessions, master classes, filmmaker breakfasts, brown bag luncheons, and a daily industry happy hour where one can hang out with other documentarians.

It all began Monday evening with the US premiere of Adrian Willis' All Together Now. Before his death, Beatle George Harrison dreamed of wedding the music of The Beatles to the lush performance of Cirque Du Soleil. This beautiful theatrical documentary follows the bumpy process of doing just that-creating a show called Love at the Las Vegas Mirage.

At a festival like this, there is more available than one person can do: Attend the session on "New Commissioning Models in the US Cable Landscape," or the one on "Music Rights and Clearances," or see one of the several films showing at the same time? While I checked in on several of the sessions, I have two problems with panel discussions. The first is that they are always somewhat extemporaneous, veering off in whatever direction may interest some member of the panel or some questioner from the audience. So, while we're getting the word from experts, it's hard to predict what sort of word we'll get. The second is that panels are often hard to hear. Conference AV people seem unable to solve the simple problem of putting microphones on five or six people, separating the sound and controlling the volume.

The good part of panel discussions, like the meal that follows the worship service at rescue missions on Skid Row, comes after the session, when you have a chance to make yourself known to an industry leader on the panel.

My personal interest is in films crafted from solid visual evidence, and specifically films that observe and document behavior. So those were the kinds of films I chose to view. As a result, I missed most of the films that won jury awards.

One exception was Forbidden Lie$, written and directed by Australian filmmaker Anna Broinowski, which won the WGA Documentary Screenplay Award. The film investigates Norma Khouri, who wrote an international bestseller, Forbidden Love, purported to be about her best friend's murder by her Muslim family, and the subjugation of women in Jordan; the book was exposed within a year as untrue. Broinowski accompanied Khouri to Jordan, as she tried to explain the discrepancies between her book and the facts. The film grabbed my interest immediately, and by the time I realized it was not a behavioral documentary, I was hooked.

From Chow Gan's The Red Race. Courtesy of SilverDocs.

Chow Gan's The Red Race focuses on kindergarten-age children in China training as gymnasts. It's a brutal exploration of the cost of winning. Twenty minutes in, we see two little girls hanging from a bar, obviously in pain. They hang there until we realize they have to hang until they drop. Eventually one falls. The other hangs on in pain for another two minutes and receives the praise of her coach.

Jenny Mackenzie's Kick Like a Girl is the delightful story of a girls' soccer team in Utah that petitioned to play in the boys' league to get some real competition because they had been undefeated in the girls' league. We see them playing the boys in what is for them a winning season, and for the boys a consciousness-changing experience. I wish we had seen more of how the girls won instead of hearing again and again about boy chauvinism and girl power, but I almost always wish documentaries would show more and talk less.

A film that grants that wish is Shikashika, directed by Stephen Hyde. It simply shows a family making its weekly trek into the Andes to collect blocks of ice for their shave-ice stall in the local market. It's all observed; no dialogue, no narration, no interviews.

Cheryl Furjanic's Sync or Swim follows a group of girls training in synchronized swimming, competing for spots on the team in the US Olympic Trials, and going on to the 2004 Olympics in Athens. This is an observational documentary augmented with sound bites that do add to our understanding. We're there when two friends get the phone call that one has made the team and the other hasn't. We're there during training-above and below the water-and we're there when the team goes to the Olympics. Just an all-around excellent film.

Four Seasons Lodge, directed by Andrew Jacobs, is an exquisite observational documentary that spends the summer with a group of old friends at the summer vacation site in the Catskills. Now in their 80s and 90s, they are all Holocaust survivors, and each year fewer of them return. This film does exactly what we want it to: It lets us get to know these people as they are. And they are wonderful.

Maximilian Plettau's Comeback is an excellent behavioral documentary that follows, for the better part of a year, a German boxer who had once been national champion as he trains for a comeback, which ends with a ten-round bout in Philadelphia.

The audience and I agreed on Megumi Sasaki's Herb and Dorothy, which had its world premiere at SilverDocs. The story of a postal clerk and a librarian, who began collecting art shortly after they were married and now have a collection valued in the millions of dollars, the film won the Audience Award, while not even making honorable mention among the juried awards.

The closing night film, John Walter's Theater of War, goes in so many directions that it's almost a mini-series in itself. Using the staging of Bertolt Brecht's Mother Courage and Her Children, starring Meryl Streep and Kevin Kline, as its central event, the film looks at Brecht's life, the anti-war movement of his time, as well as during the Vietnam War and today, and, to a lesser extent, how a play is made.

Barry Hampe is the author of Making Documentary Films and Videos, Second Edition (www.makingdocumentaryfilms.com) and is working on a new book about behavioral documentaries. E-mail: barry@barryhampe.com. 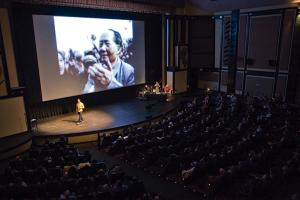 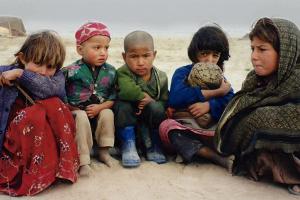 Jun. 10, 2010Feature
Tales of a Film Festival Hustler: On the Road with 'Beyond the Call'
Read More 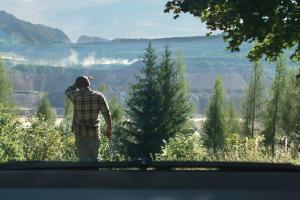 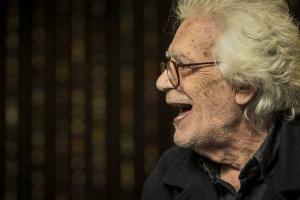 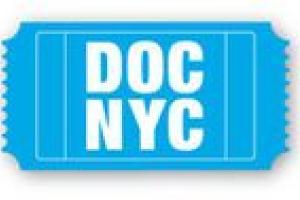 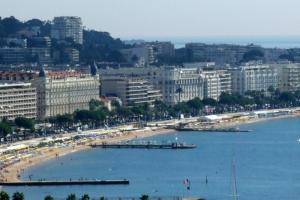