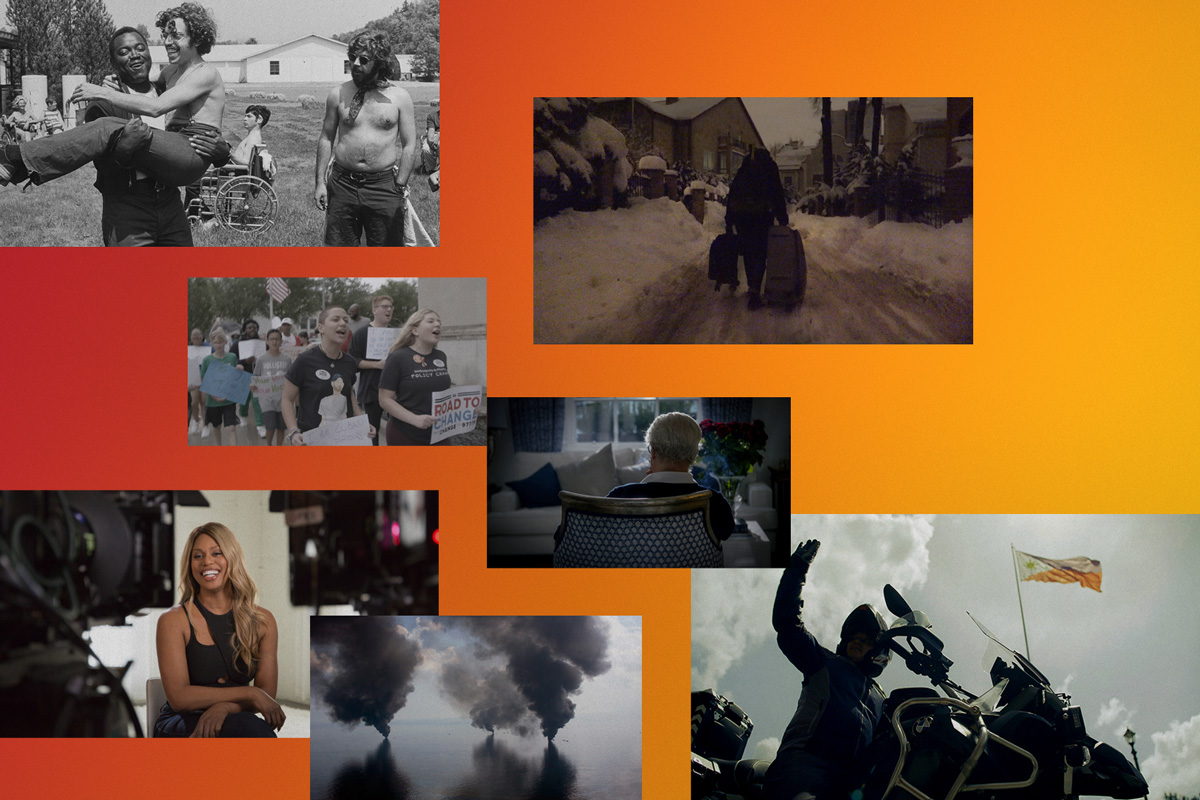 Sundance Film Festival is back at Park City this month. In addition to seven IDA-supported film screenings, our Executive Directory, Simon Kilmurry, will be moderating “Streaming: Next-Generation Opportunities for Documentary Storytelling” panel. The protagonists of two IDA Enterprise Documentary Fund grantees, A Thousand Cuts’ Maria Ressa and Welcome to Chechnya’s Masha Gessen will open up about what it takes for journalists to go up against powerful regimes in the “Truth to Power” session.

Filmmaker Ramona S. Diaz follows key players from two sides of an increasingly dangerous war between the Filipino press and the Rodrigo Duterte government. Representing the journalists is fearless Rappler CEO Maria Ressa, who, despite arrests and harassment, continues to publish articles holding a lawless regime accountable. On the other side, influencers such as pop-star-turned-government-secretary Mocha Uson start incendiary social media movements and General Ronald “Bato” Dela Rosa spearheads a public execution campaign against addicts. As each side digs in, we become witness to an epic and ongoing fight for the integrity of human life and truth itself—a conflict that extends beyond the Philippines into our own divisive backyard.

One of the “Imagined Futures Screenings,” Crip Camp chronicles Camp Jened in the early 1970s in upstate New York. Directors Nicole Newnham and Jim LeBrecht (a former Jened camper himself) deliver a rousing film about a group of campers turned activists who shaped the future of the disability-rights movement and changed accessibility legislation for everyone. Incredible camp footage from 1971 captures how the campers were finally seen beyond their disabilities. Milestones in the disability-rights movement intersect with LeBrecht’s personal story and the stories of several Camp Jened alums, including then-counselor Judy Heumann. Crip Camp shines a bright light on a paramount and overlooked civil-rights battle, emboldening us to come together and spark great change.

Searing urgency is a guiding force as Welcome to Chechnya shadows a group of activists who risk unimaginable peril to confront the ongoing anti-LGBTQ+ pogrom raging in the repressive and closed Russian republic. Since 2016, Chechnya’s tyrannical leader, Ramzan Kadyrov, has waged a depraved operation to “cleanse the blood” of LGBTQ+ Chechens, overseeing a government-directed campaign to detain, torture, and execute them. With no help from the Kremlin and only faint global condemnation of the violence, a vast and secretive network of activists takes matters into its own hands.

Determined to turn unfathomable tragedy into action, the teenage survivors of Parkland, Florida catalyze a powerful, unprecedented youth movement that spreads with lightning speed across the country, as a generation of mobilized youth take back democracy in this powerful coming-of-age story.

The Cost of Silence (Mark Manning)

An industry insider exposes the devastating consequences of the Deepwater Horizon oil spill and uncovers systemic corruption between government and industry to silence the victims of a growing public health disaster. Stakes could not be higher as the Trump administration races to open the entire U.S. coastline to offshore drilling.

This story of influence and weaponized communication centers on the infamous Lord Tim Bell and his associates, known for their controversial geopolitical spin-doctoring. Bell, who started his career in advertising, had an affinity for difficult briefs and “people with problems,” as he liked to call them. He designed campaigns for unpopular politicians, dictators, disgraced companies, and celebrities the same way he put together product branding—by being concise and brutal. Using a fascinating blend of archival footage and interviews with Bell and the people who worked with, for, or against him, filmmakers Diana Neille and Richard Poplak conduct an impressively thorough investigation into the politicization of modern communication. Influence is terrifyingly relevant in our current era of alternative facts and theatrical politics.